This photo comes from Paoli, Indiana. The photographer took it in 2009. He writes that “I passed these two, three times in two hours and they never had a customer” and that “Even the Amish are having a hard time making a living.”  This would have been during the “Great Recession,” so that adds some context to those comments. 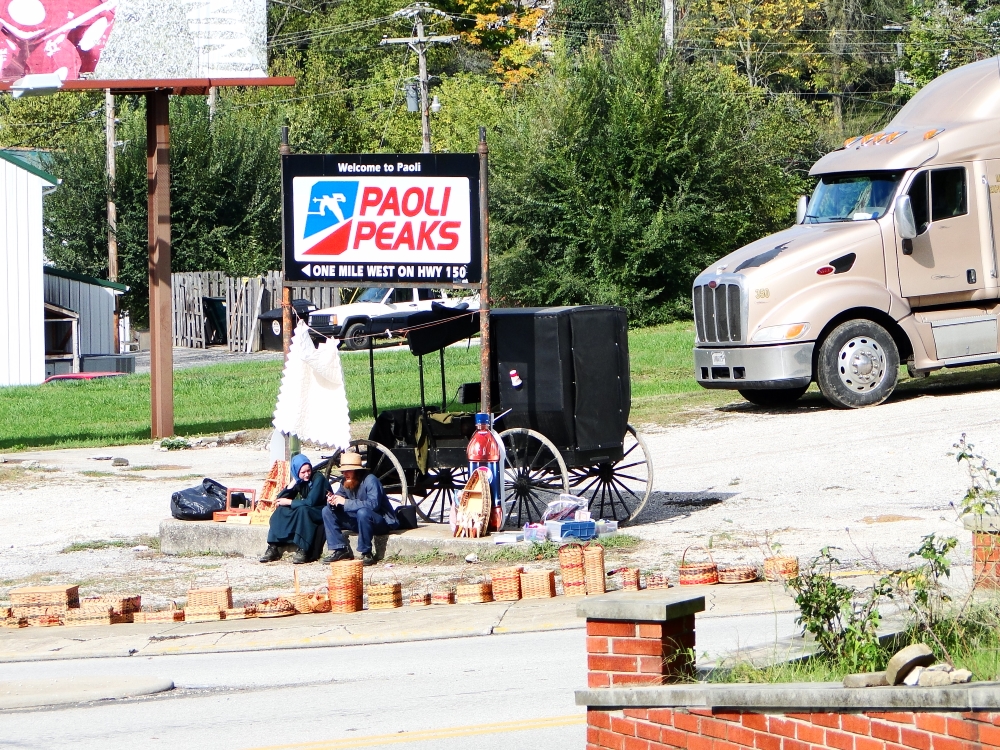 Paoli is in southern Indiana. In the Paoli area there are two plain communities – one a Swartzentruber Amish group, another which is just very plain. Which group is this couple from?

This pair have the hallmarks of a Swartzentruber church – clothing, headwear and hair, an open-front buggy without an SMV triangle, and are selling handwoven baskets, a popular item among the Swartzentruber community.

I don’t know in exactly which ways the other Paoli-area group is visually different from Swartzentruber Amish, though they are reportedly very plain with a “low” Ordnung. In some ways they are more strict than even the Swartzentruber Amish (see Steven Nolt and Thomas Meyers’ Plain Diversity for more). 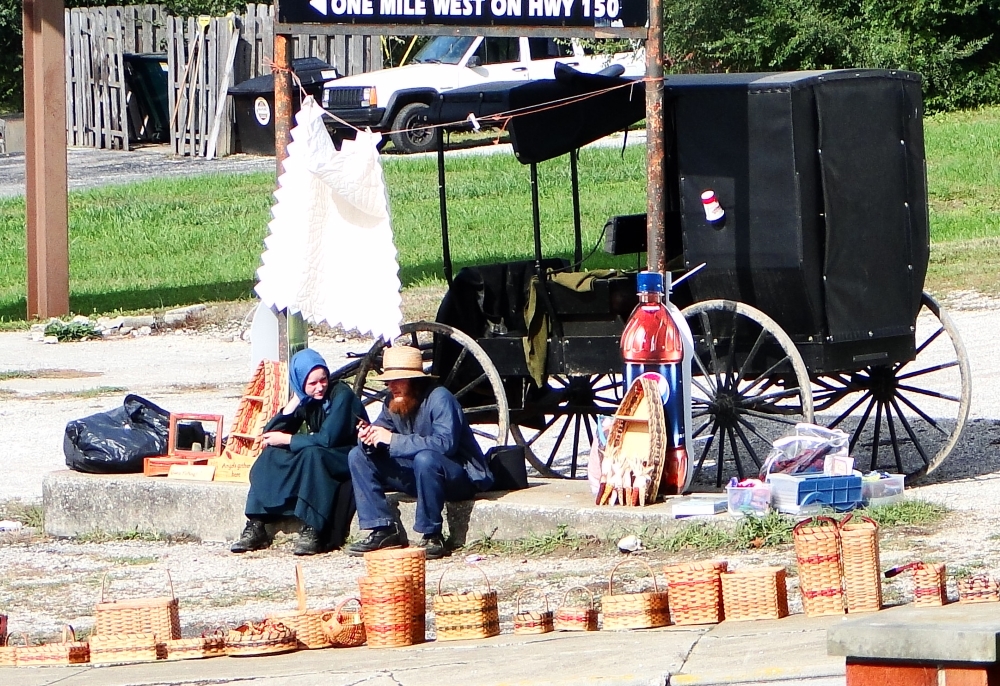 Cindy Cornett Seigle, who has taken photographs in the area, commented at the time that “they are there very frequently.” I wonder if this couple is still appearing at this spot, over a decade later? It’s possible. Or perhaps some of their children have taken on those duties. If so, hopefully they are more busy on this Black Friday than they were back in 2009.