This has been described alternately as a Pennsylvania Dutch couple or an Amish couple. The statue is well-known and has been around for at least 70 years, previously part of the now-defunct “Roadside America” exhibit. Via wfmz.com:

HEIDELBERG TWP., Pa. — Less than a year after it left the confines of its longtime home in Berks County, an iconic sculpture is forever scarred.

“You don’t know what to say, really, about it, just bewildered about it,” said one neighbor.

Once a welcome sculpture of the former Roadside America attraction in Upper Bern Township, state police said the statue of a Pennsylvania Dutch couple was intentionally set on fire.

“At this point, this is absolutely, without question, an arson,” said Tpr. Janssen Herb, a Pennsylvania State Police fire marshal with Reading-based Troop L.

The fire happened Tuesday night on the property of Creative Crafts in Heidelberg Township, Lebanon County, where the sculpture has sat in its new life.

Herb states that it appears to be a felony-level arson. The owner of the statue, who purchased it by auction earlier this year after Roadside America closed, asks for help in restoring it. He can be reached at Creative Crafts at 717-949-8377. Here’s what the statue looks like now: 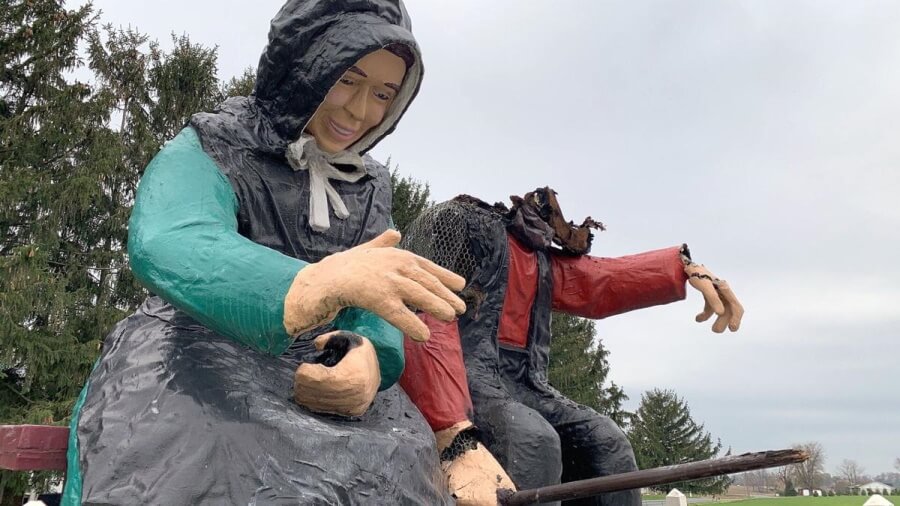 Was this a reckless prank, something personal against the owner, or even a show of animosity towards Amish people? That is unknown, at least for the time being.

The owner of the 10-foot-high statues is Andrew King, whose parents own the store. He paid $5,000 for the statues in February when they and other contents of the Upper Bern Township attraction were auctioned after its closure.

King, 24, lives up the street from the store at Route 501 and Reistville Road.

Shortly after 7 p.m. Tuesday someone told him the statues were on fire and he ran to the store, where he and others used a garden hose to put out the flames until firefighters arrived shortly afterward.

The head and both arms of Amos were mostly destroyed, he said, and Anna sustained lesser damage.

There are or have been other similar Amish statues in other places. For example, a giant Amish man and woman once stood outside the Lancaster Holiday Inn. Another giant named Big Amos apparently still stands at Hershey Farm Restaurant & Inn, also in Lancaster County. 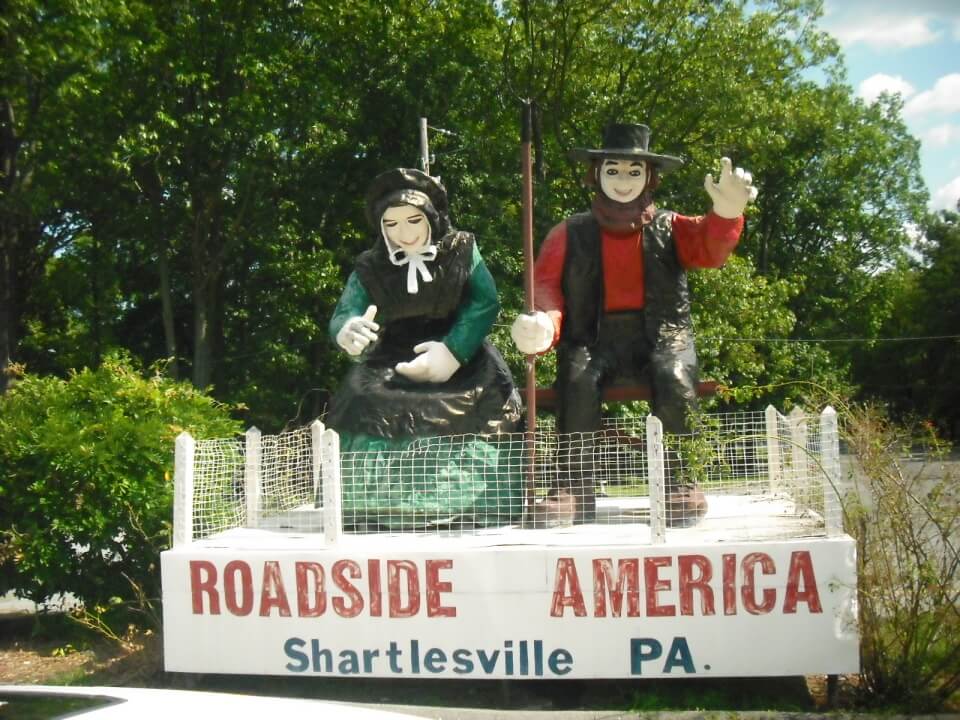 The Amish couple, intact at their previous home in 2011. Photo: rabbit57i/flickr

King explained to the Reading Eagle why he bought the statues:

The reason King wants to see them restored is the same reason he bought them in the first place, he said.

He enjoyed seeing the statues when he visited Roadside America as a boy, and later when he’d pass them driving to and from work. He knows a lot of others are sentimental about them as well, as shown by the support he’s received since the fire, he said.

“I wanted them to have a good home in the area,” he said. “I just couldn’t stand to let them go.”

These statues belong to another era and you don’t see new ones going up. Some might call statues like this “kitsch” or even creepy, but I for one enjoy them and a lot of others do too. Hopefully it can be restored.