This photo shows Amish people getting off an Amtrak train in Portland, Oregon. In states without Amish settlements (like Oregon), public transit stations are among the few places you’re likely to see Amish folks (here’s another example from Alabama). 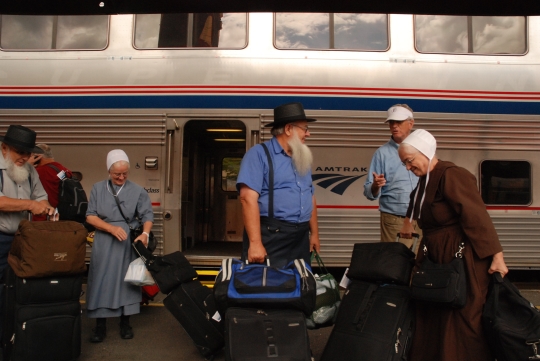 This shot, taken in 2011, captures a moment – perhaps we’re witnessing that happy relief at the end of a leg of a long trip. It’s smiles all around for these two older couples. They look to be exchanging some pleasant words with an English gentleman, maybe a fellow traveler, maybe a passerby. Is this a moment of goodbye after company well-spent on board the train? Enjoying a couple last quips together? 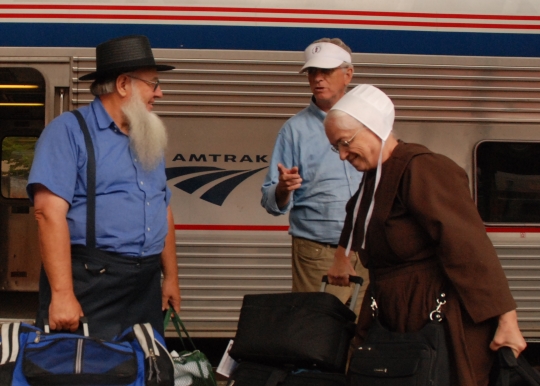 By their dress, I would guess they are from a Midwestern community, perhaps Holmes County, Ohio.

Where are they heading? That’s a decent bit of luggage along. Are they visiting sights out West? Some Amish head in that direction for medical treatment in Mexico, but they’d be taking quite an out-of-the-way route to get to Tijuana.

If I had to guess, I would guess they first took the train out to Montana, maybe to visit the settlement at Rexford. It’s a popular place for Amish from the East to visit. 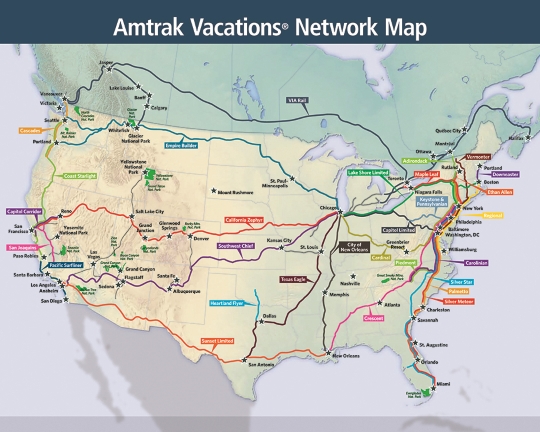 The line continues on from there to Portland. Then a switch of trains and you can go down into California. It might be a combination sightseeing trip plus a stop to visit relatives or friends in Big Sky Country. 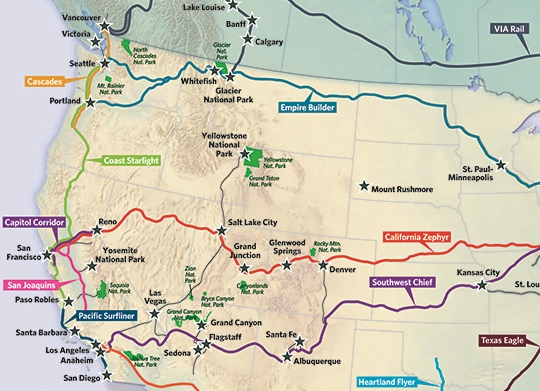 The photographer writes: “They didn’t want to pose for a photo, but said I could ‘catch’ them if I wanted.” That sounds about the way it goes for Amish in the mainstream-to-progressive Holmes County churches. 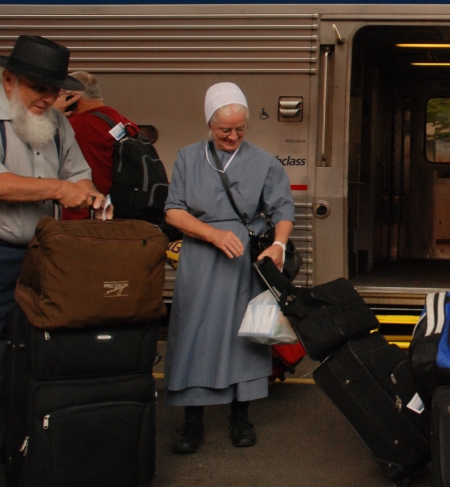 Amish people do make pretty regular use of Amtrak (at least compared to most Americans). Funny enough, the photographer claims to have bumped into these folks twice on this train journey: “We took the same trains twice, with a 5 day break in-between. (What are the chances?)”.

Caught in this moment, they appear to be having a great time. I’m seeing some of that carefree feeling one has on an exciting journey, to new and undiscovered places.