A Visit To An “Off The Map” Amish Dry Goods Store

So after I visited Charlotte County, Virginia in April, I wrote about a local Amish variety stand. In that post I mentioned the following, about a different place:

As I finished up my purchase, the girl directed me to a dry goods store not too far away. After she gave me directions explaining that it was down a long lane, and I was confident I had a pretty good idea where it was, I closed by saying they probably have a sign by the road, correct?

No she informed me, no sign. Why not? It is mainly an Amish-patronized store. That is the case in some places. The vast majority of the business of such stores comes from the local Amish community, so they don’t advertise much to the public.

I asked her if English people still go back there, and she said she thought they did, so I went for it (I probably would have gone either way). I’ll share that visit with you in an upcoming post.

So I left Esh’s stand that afternoon, and headed over to the dry goods place. The Amish girl’s instructions were sound, and I found the long lane she had described. 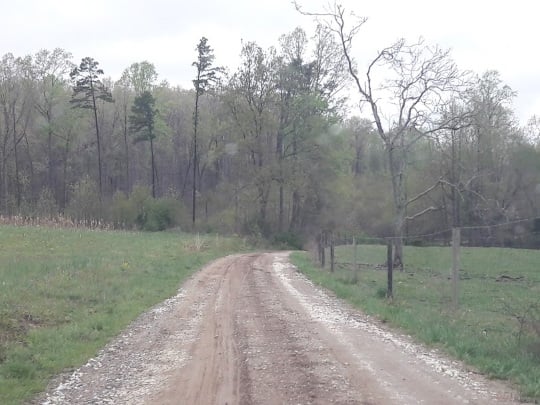 Following it back back back, I came to a farm tucked away well off the road, surrounded by patches of woodland. 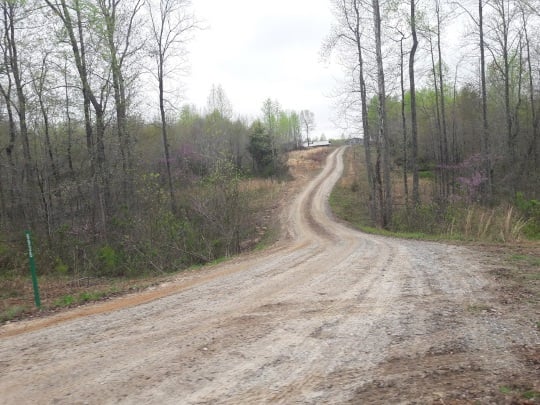 There was a small gray trailer-like building on the right as I pulled in, which happened to be the shop. There was not much in the way of markings indicating it was a shop, so I had to knock at the farmhouse for someone to direct me to the right entrance.

There was also a van parked in the lane. I recognized that this was a driver who’d brought a load of Amish to do some shopping that day.

As I entered the place, the woman behind the counter seemed a bit surprised to see me. I explained that the girl at Esh’s had told me about the shop and where to find them, and asked if it was okay to visit.

She said yes, and so I proceeded to browse around for five or ten minutes. The shop was cozy, with items including fabrics, clothing, and housewares filling its interior. There wasn’t a lot of room to navigate in the place.

I didn’t speak much to the woman, though I made an attempt or two at small talk. The other customers in the store began finishing up. I had found several items I was interested in purchasing (see below).

As I was about to check out, I noticed a single faceless doll hanging pinned by clothespin to a line strung below the shop ceiling. I asked about the price, which wasn’t visible. She replied that they usually just sell those to their own people.

I took that as a hint that faceless dolls are not for sale to English here and dropped the topic. 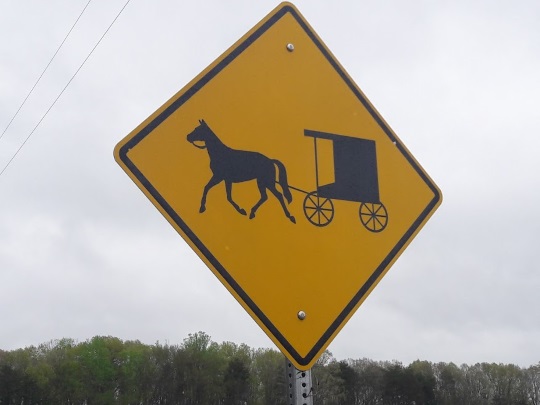 I wouldn’t say I wasn’t wanted in the place, but I wouldn’t say it was entirely comfortable, either. I think the woman was just not used to having English patrons.

I’ve had the feeling on occasion in other Amish-owned shops, though I wouldn’t say it’s common. I know other readers here have mentioned something similar in certain Amish places.

They don’t advertise the place and so I’m not going to do so either (I don’t even know the official name, if it has one). But I’ll say the owner has a nice little place which I’m sure the local Amish appreciate having around. I picked up several interesting items, one of which in particular I’ve gotten a lot of use out of.

First of all, how about some practical black socks. Levi Miller is a brand of Weaver’s Apparel. This is the former company of Daniel Weaver (now with new owners in Lancaster County): 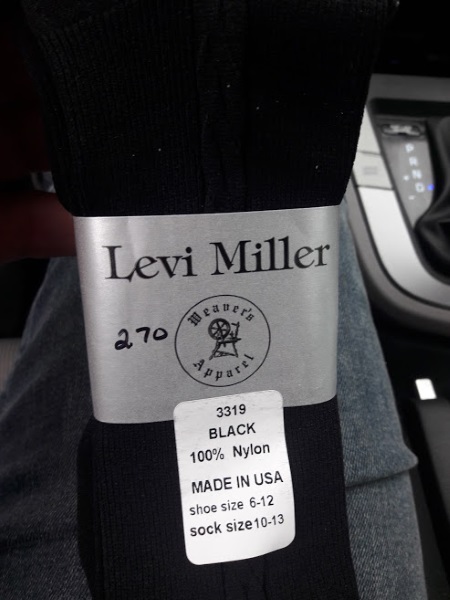 I liked the message of this bookmark. Psalm 31:24: 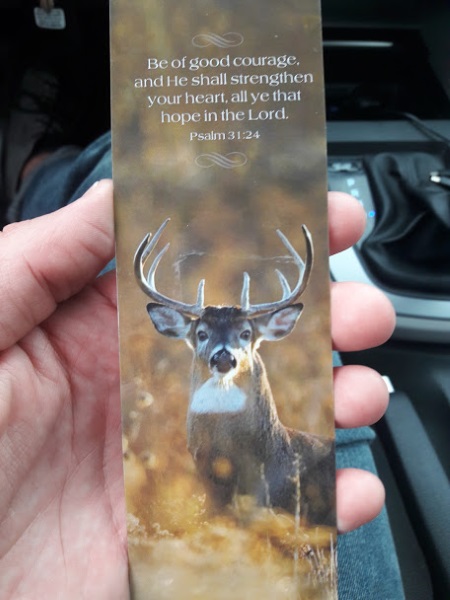 This card caught my eye. It is postcard-sized: 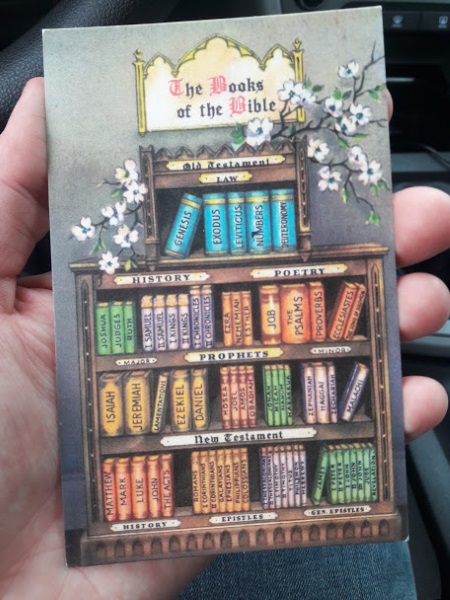 But it’s not a postcard. On the other side, another listing of the books of the Bible: 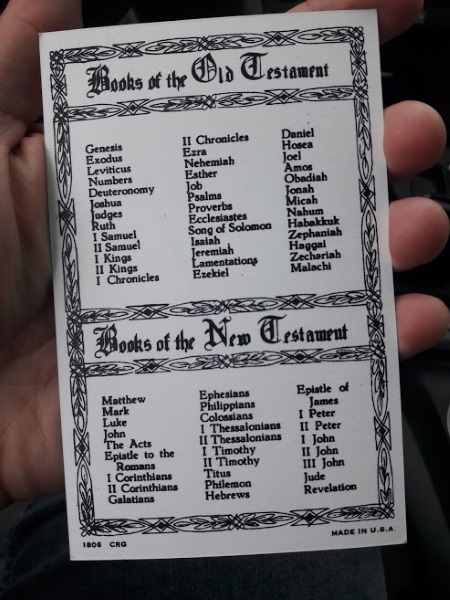 Finally, my boontonware bowl. Boontonware, a brand name for dishes made from melamine, was once in common use but faded in popularity after the 1960s. It remains popular in Amish households. It’s durable and simple. This blue flecked pattern is a classic.

Amish families often use these bowl-style dishes as they are practical for meals consisting of soup or gravy. Also dessert can go right in after you’re done, no need to clean it first (though I usually do). For me, it’s been good for big bowls of cereal: 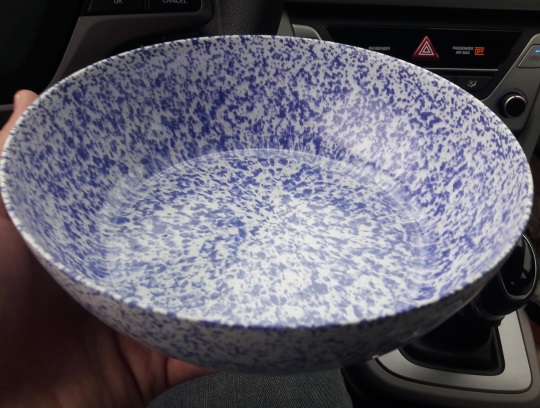 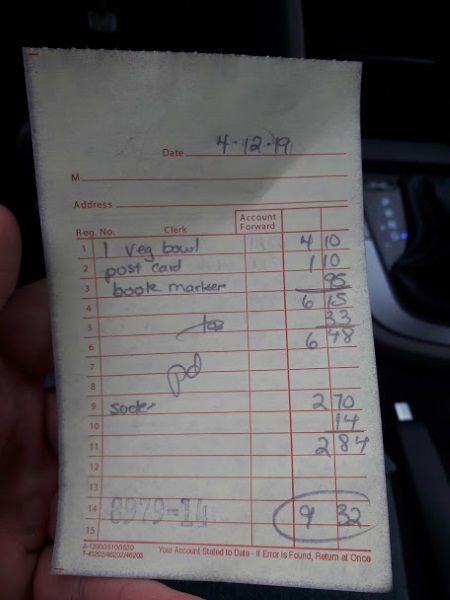 So that was my visit. Have you ever been to an Amish shop that you’d consider “off the map?”