Stoltzfus says he was informed that his three children will be blocked from attending their Cranberry Marsh School, a traditional Amish school in this Seneca County settlement of six church districts. All 24 students at the school are Amish. 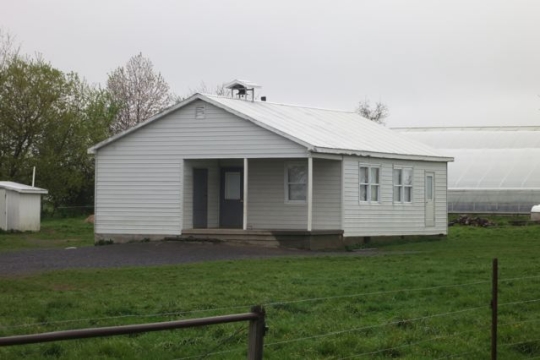 An Amish school in Seneca County. Photo by Tom in NY

Stoltzfus’ case was based on clear religious arguments:

Stoltzfus’ opposition to the law was based on his belief that “God made his children ‘right and good’ and to vaccinate his children is to lose faith in God,” the lawsuit states.

It added he believes “to rely on a manmade solution would be an act of disbelief in the power of our God to heal and protect us.”

Supreme Court Justice Daniel Doyle ruled that the state has the authority to require vaccinations to protect public health, citing prior appeals court decisions. He also rejected the lawsuit claims that the new law should be halted because it violated religious rights’ protections in the state constitution.

“Put another way, the free exercise clause of the New York Constitution would yield to a valid exercise of the state’s police powers,” Doyle wrote in the order on Tuesday. 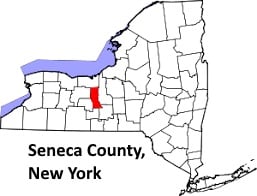 Though it’s been a couple of days since this news emerged, it’s possible Stoltzfus doesn’t know about it yet. He communicates with his attorney on a weekly call.

It may they will still proceed with the suit, as they also seek to overturn the law, and the judge has “left the door open” for its continuation.

This garners different responses – including education and vaccination campaigns that see differing levels of Amish response.

New York has taken a legislative approach to this public health issue. Another prominent Plain religious group in the state – Orthodox Jews in NYC – was at the epicenter of the issue after a nearly year-long measles outbreak.

The NYC outbreak, mainly concentrated in Orthodox neighborhoods in Brooklyn, was declared to be over in September, following over 600 reported cases since October 2018.

Regardless, the effects are now being felt by the state’s significant Amish population (20,000+) due to passage of the new law.

New York is home to 57 separate Amish settlements. This isn’t the only community where potential conflict has been reported.

Cattaraugus County, where the state’s largest community is found, is another place where the Amish community’s lack of vaccination has raised issues.

In that case, it affected the transportation of Amish children in school buses along with non-Amish and presumably vaccinated children.

I do wonder what will come of Jonas Stoltzfus’ suit. Do public health concerns justify invalidating religious convictions regarding vaccination?

I could see where this would be more an issue if the Amish children were attending public schools and mixing with non-Amish children, or using public buses (as in Cattaraugus County).

But if all the children in the Amish-run school are unvaccinated, and the parents are all presumably okay with that, it seems the Amish would have a stronger argument.