The Amish of Kent County, Delaware have been dealing with a whooping cough outbreak, for the second time in the past five years. It’s also at least the fourth occurrence there in the past several decades. As of August 18th, a total of 97 cases had been identified in the community. From the Delaware News Journal:

“This is an extremely serious situation,” said Dr. Karyl Rattay, director of the Division of Public Health. “Pertussis is a vaccine-preventable disease and we are urging everyone to make sure they are up to date on their immunizations. It is the best and most proactive preventive measure you can take.” 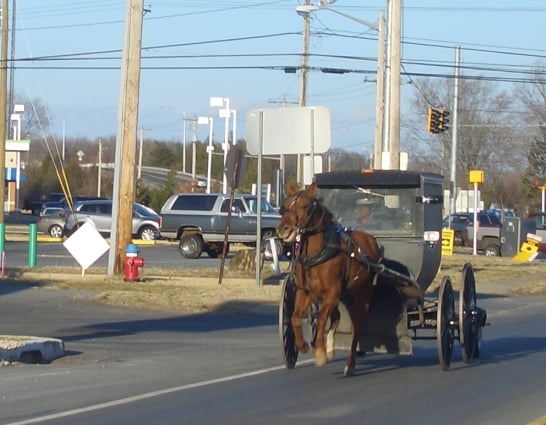 Health officials said they have been working with members of the Amish community to control the spread of the disease by speaking with Amish leaders, sharing prevention tips and distributing fliers.

The Dover-area community was struck by the illness in 2014, when 200 were afflicted. There were at least an additional two significant instances in the decades prior to that outbreak (in 2004-05, and 1986).

Amish do not vaccinate to the same degree as non-Amish do, for reasons including uncertainty over safety, a lack of understanding of vaccines, and in some cases religious grounds.

However, Amish have responded positively in the past, upping vaccination rates following infectious disease outbreaks.


The most dramatic example in recent years comes from Ohio. In 2014, missionaries from an Amish church returned from the Phillippines, bringing measles back with them. As a result, over 350 were stricken by the disease. Amish in turn dramatically increased immunizations, with over 8,000 across six counties getting their shots.

Why does it keep occurring here?

Whooping cough (pertussis) appears in a reported 10-40,000 cases per year, and causes up to 20 deaths, according to the CDC.

Still that is markedly better than the pre-vaccine reality. Prior to the 1940s when immunization became readily available, around 200,000 children became ill each year in the US, with around 9,000 deaths.

The disease is transmitted by airborne channels via sneezing and coughing. It can cause severe breathing illnesses in young children and babies. Babies are most at risk, and the CDC recommends pregnant women getting vaccinated at a certain stage of pregnancy.

Outbreaks in Amish communities make news from time to time. In the Seymour, Missouri settlement, at least 300 Amish were immunized following an outbreak there in 2017. An outbreak occurred last year in Michigan as well. I remember running into this ailment for the first time ever while in an Amish community in Indiana.

Why do the Amish in Delaware’s sole community keep having outbreaks? As noted above, health officials have been “speaking with Amish leaders, sharing prevention tips and distributing fliers.”

That might be helpful, but not the same as setting up a temporary clinic in the community, and recording more vaccinations. Is that happening as well?

Or is there more resistance here to the idea of vaccination than in other places? That doesn’t seem to be the case – in the 2014 outbreak, an Amish home was used for vaccinations, and the community was described as cooperative.

It’s a bit puzzling. Perhaps there is simply a staunch segment of the Dover Amish population that is reluctant to vaccinate, which makes recurrences more likely here.

But it’s not an especially large community – around 10 church districts – so you’d think the potential for outbreak would be more limited than in say a larger and more diverse settlement.

Another idea is perhaps these cases are simply being publicized to a greater degree than those in other areas. Or maybe there are other medically-related reasons making this community more susceptible, of which I’m not aware.