From the Salamanca Press:

Amish school children in Cattaraugus County will probably have to find another way to school this fall if they currently are transported by school bus along with public school students.

New York’s new vaccination regulations eliminating religious exemptions — such as those claimed by the Amish — go into effect this September at the start of the school year.

It also applies to private schools, Headstart and other Pre-K programs.

The new state vaccination requirements may also keep some public school children out of school if they cannot prove they have started and have appointments for a six-week vaccination program from a physician. 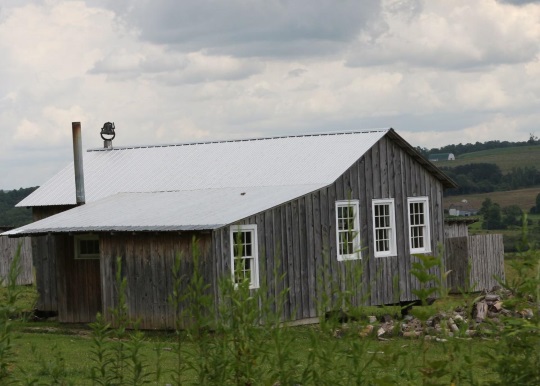 An Amish school in the area. Photo by Rick Miller/Salamanca Press

Amish children do go to public schools in some communities, but it’s not common (Holmes County and northern Indiana are notable, and large, exceptions).

The article says there are about 20 private Amish schools, each having 20-30 scholars (we can assume this is referring just to Amish in the Cattaraugus County area).

What about a solution? County Health Director Dr. Kevin Watkins (who recently voiced concern about potential measles outbreaks in the community) addressed this:

The options are limited, Watkins indicated. Schools can either refuse to transport Amish children who are unvaccinated or transport them on a separate bus from public school students.

The New York State Department of Health is considering a statewide response to the issue Watkins and others raised with state health officials last month, but for now, it’s up to each county board of health.

The article says that the Amish here have a 100% religious exemption rate from vaccines (versus less than 1% in most other schools in the county).

That’s quite a difference.

Watkins says “It’s time to sit down with the (Amish) bishops to see if we can come to some kind of understanding.”

Should the state provide an additional bus, in the name of accommodating the religious choices of the local Amish?

Should the Amish deal with this issue themselves, since they choose to opt-out from vaccinations?