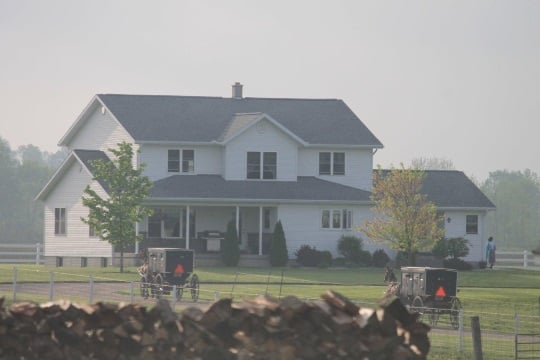 In the photos below, you can see the unusual sight of Lancaster-style clothing in the northern Indiana (Elkhart-Lagrange) Amish settlement. These Pennsylvania visitors were apparently in town for a wedding. 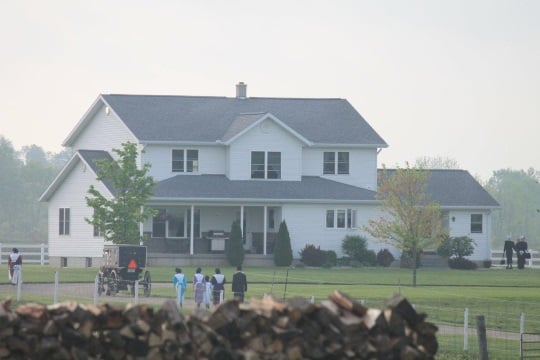 Next, a mixed group: 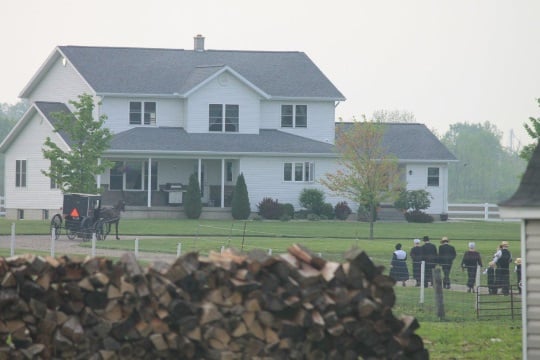 You can see that both men and women have different head coverings, with the Lancaster women wearing the distinct heart-shaped kapp and men and boys with straw hats. 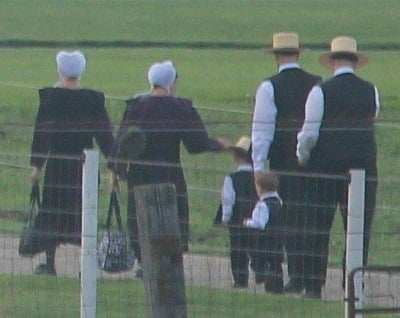 Compare that to the clothing of this Indiana family: 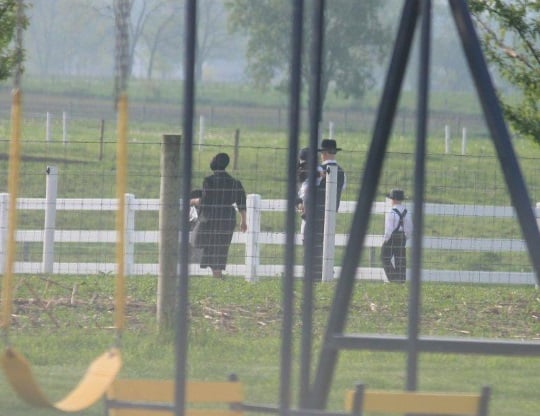 You may also note other differences in clothing, for example with the Indiana woman on the left of this photo below wearing a white apron. 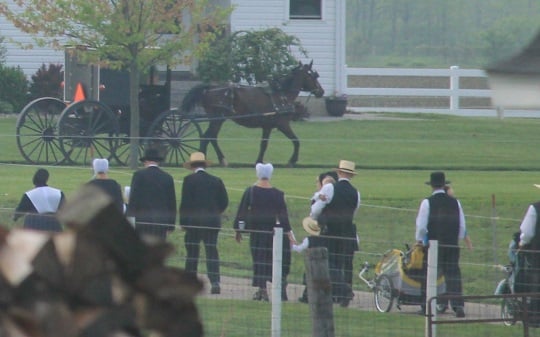 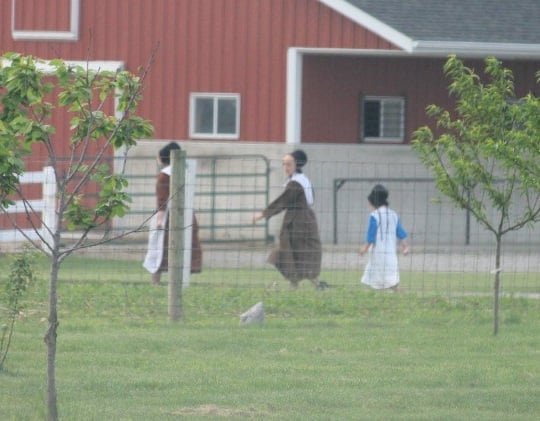 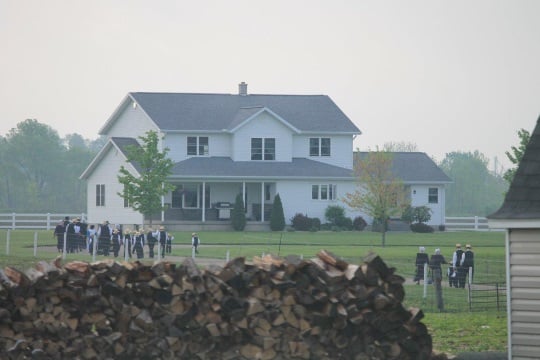 If you’re Amish, how nice it must be to know you will be welcome to worship and fellowship with your brethren in different communities across the country. You may be hundreds of miles from home, but the form and structure of the Sunday service remains more or less the same.

The Lob Lied is the second hymn sung during opening singing. You still have two sermons, a shorter and a longer one. The fellowship meal may have a few different things to eat, but is still a chance to visit over good food.

It’s fun to have visitors of course. At the least it’s a fresh face to talk with at the table. I can imagine these guests were asked about how church service might compare where they live.

They may have commented on eating snitz pie or found some amusing dialect differences. And they probably had much more to talk about besides the more superficial things. Who knows. 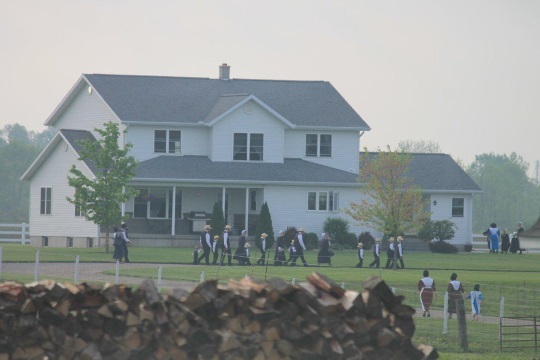 Though these photos show us an unusual sight, you will see Lancaster-style dress in other places in the Hoosier State.

In the early-to-mid 1990s, Lancaster Amish founded two settlements in Indiana, in Parke County and almost directly on the opposite side of the state in Wayne County.

Those two have both grown to a significant size (as of 2015, 7 and 8 districts respectively), and the last names found in the two counties’ Amish populations–Stoltzfuses (Stoltzfi?), Fishers, and Lapps, to name a few–are further markers of their different origins. 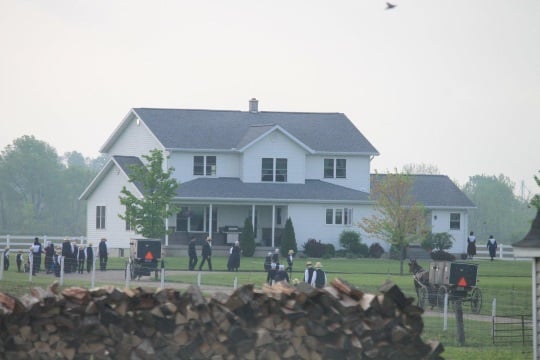 And while I describe the people in these photos as Pennsylvania visitors, it’s technically possible they could come from one of these two communities (or even another sister settlement), which maintain the dress and other cultural markers of their Lancaster origin settlement.