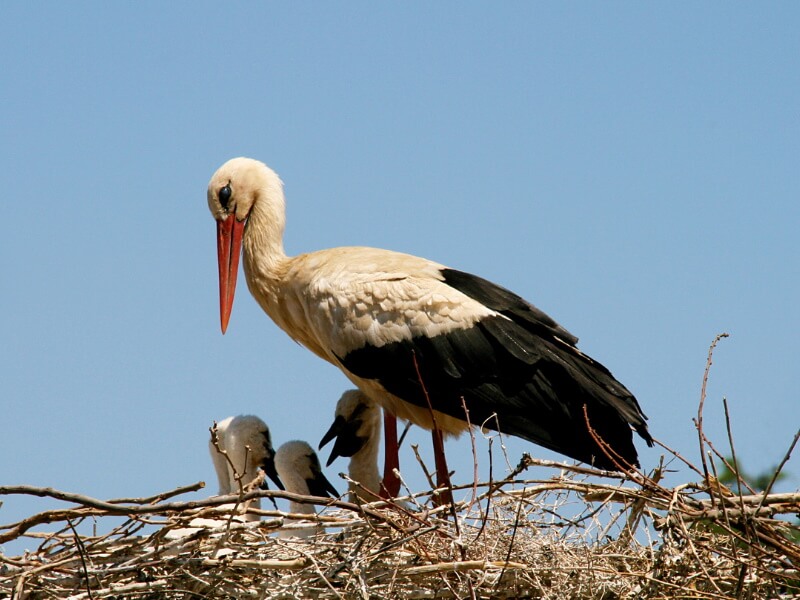 Deputy Travis Goodwin of the Geauga County Sheriff’s Office made a traffic stop to remember Friday. From Fox8 Cleveland:

“There is no such thing as a routine traffic stop, that’s for sure,” Goodwin said with a chuckle. “Yep, Friday is a good example.”

He tells us he had no idea that when he stopped a vehicle for speeding early Friday morning on Mayfield Road that he would be helping to deliver a baby a few minutes later.

Goodwin’s dash camera video shows him walking up to the vehicle seconds after the traffic stop. He was quickly told the driver was taking an Amish couple to the hospital and the female passenger was ready to give birth.

He then ran to his cruiser to get supplies, and about a minute later he was helping the woman’s husband deliver a baby girl.

“A beautiful baby girl ,” deputy Goodwin said. He said a few minutes after the baby was born the ambulance arrived.

It’s reported that mom and the baby are both in good shape. Deputy Goodwin was given a gold stork pin by the Sheriff to wear on his uniform. He’ll have a story to tell for years to come. So will that Amish family.