Fireworks. A swamp. “Dead Man’s Hollow”. An Amish horse stuck up to its neck. It sounds like the elements of a TV drama or Halloween story. But these all came into play in the village of Union City in Michigan this past weekend. 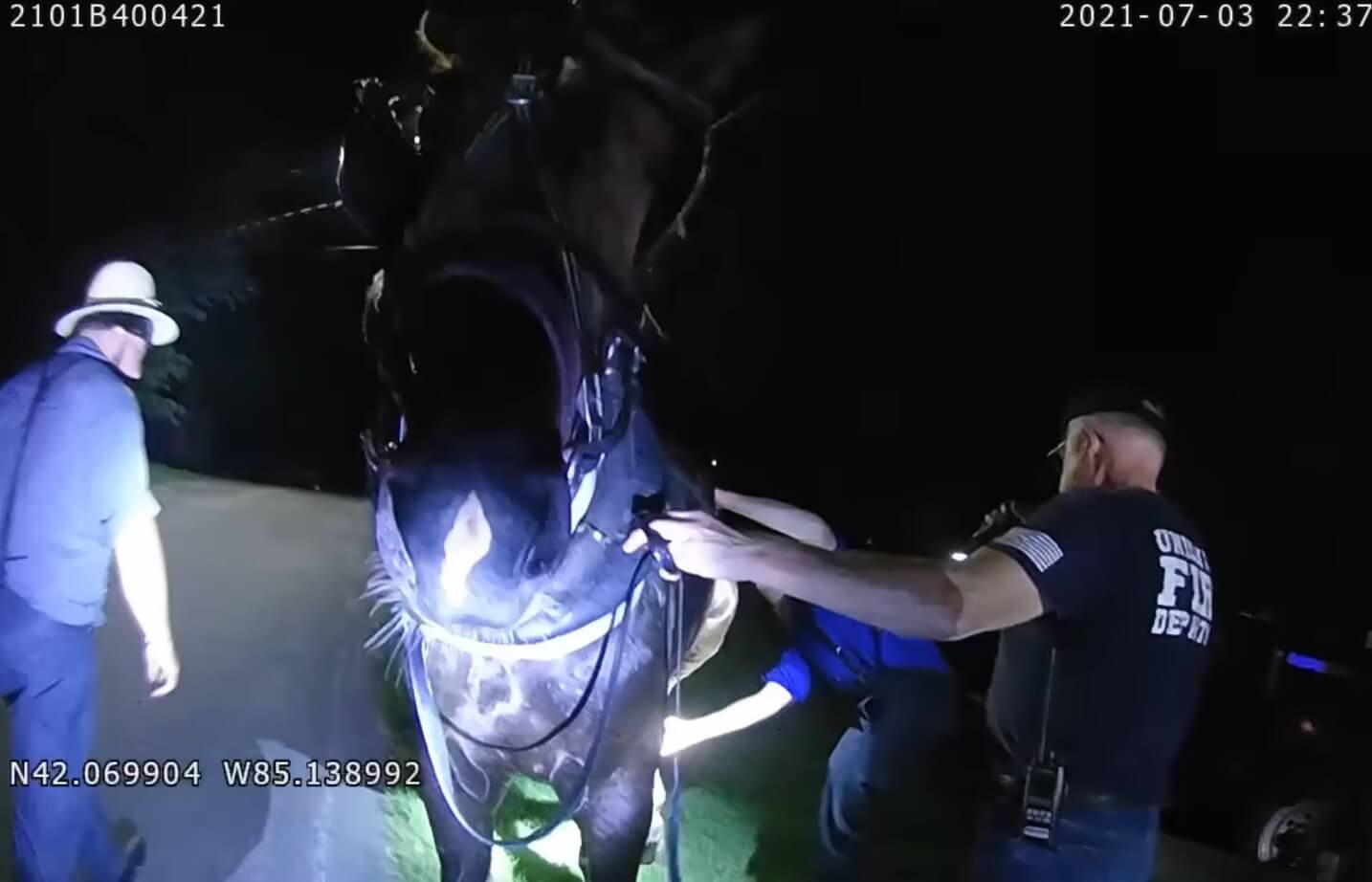 So I didn’t expect to post another Amish fireworks accident story so soon, but I guess the week following July 4th would be the one for it. This one has the added twist that the startled horse ran into a swamp and became stuck deep in the muck. Fortunately, local police where able to free the horse and it sounds like everything turned out alright. From Fox 17:

UNION CITY, Mich. — Crews responded to a horse that had gotten stuck in a Union City swamp on Saturday, according to the Village of Union City.

We’re told the horse, which was attached to an Amish buggy, became frightened by fireworks and detached itself from a tree. It then ran deep into a swamp in Dead Man’s Hollow until the mud was up to its neck, according to a Facebook post by Union city.

It reportedly took a half hour for fire crews to safely remove the horse from the swamp.

Here’s the video via the village’s Facebook page (if it’s not appearing for you below – you can find it here):

Here are some screenshots telling the story of the rescue:

The buggy stuck in the swamp: 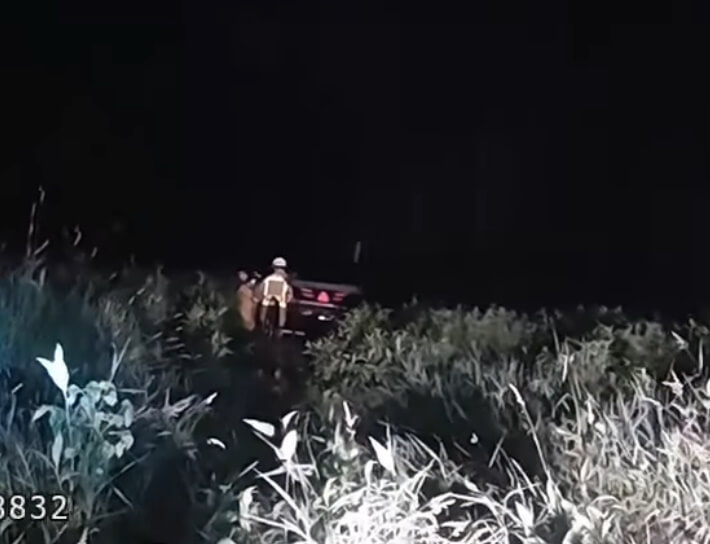 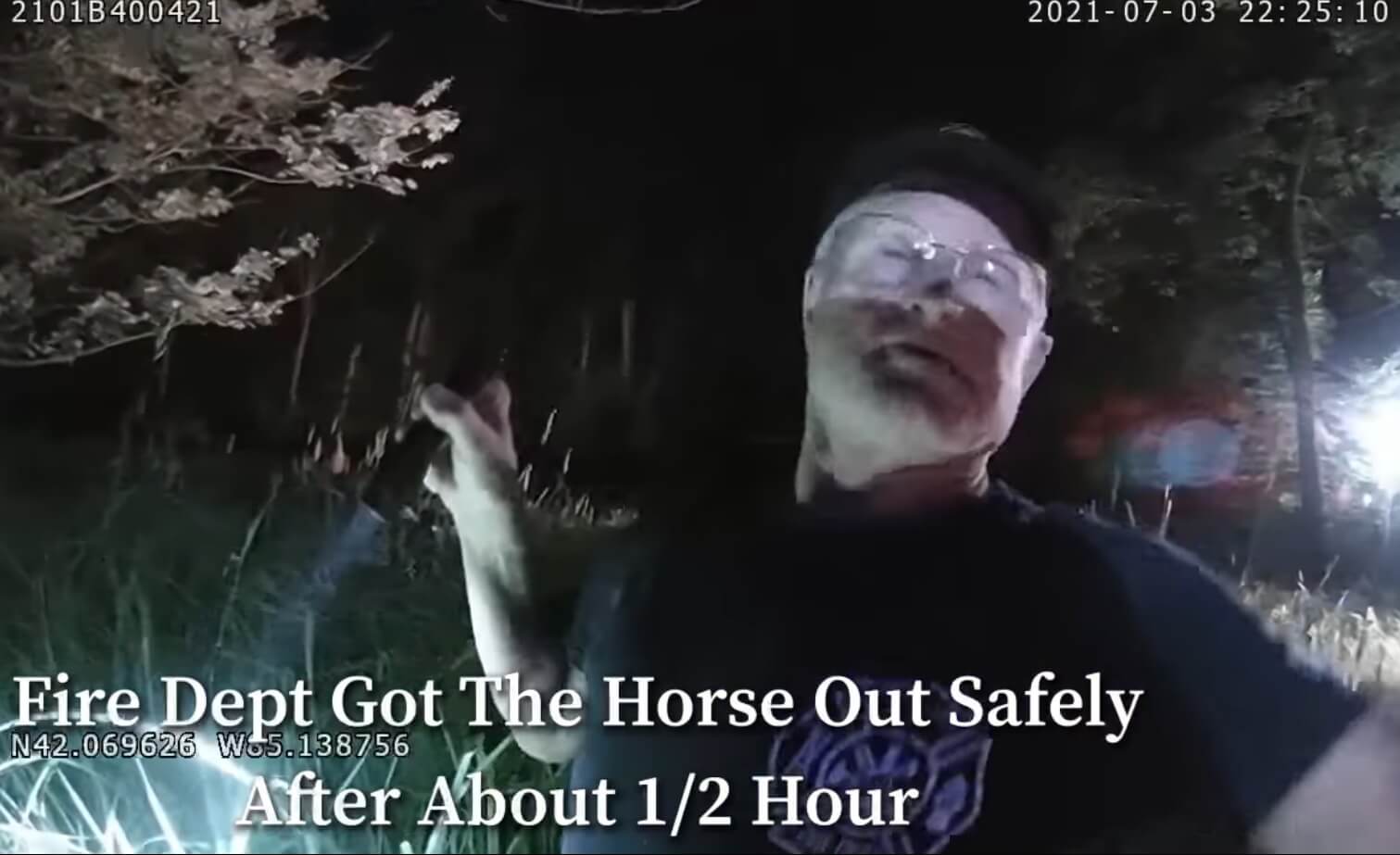 Two Amishmen checking out the horse: 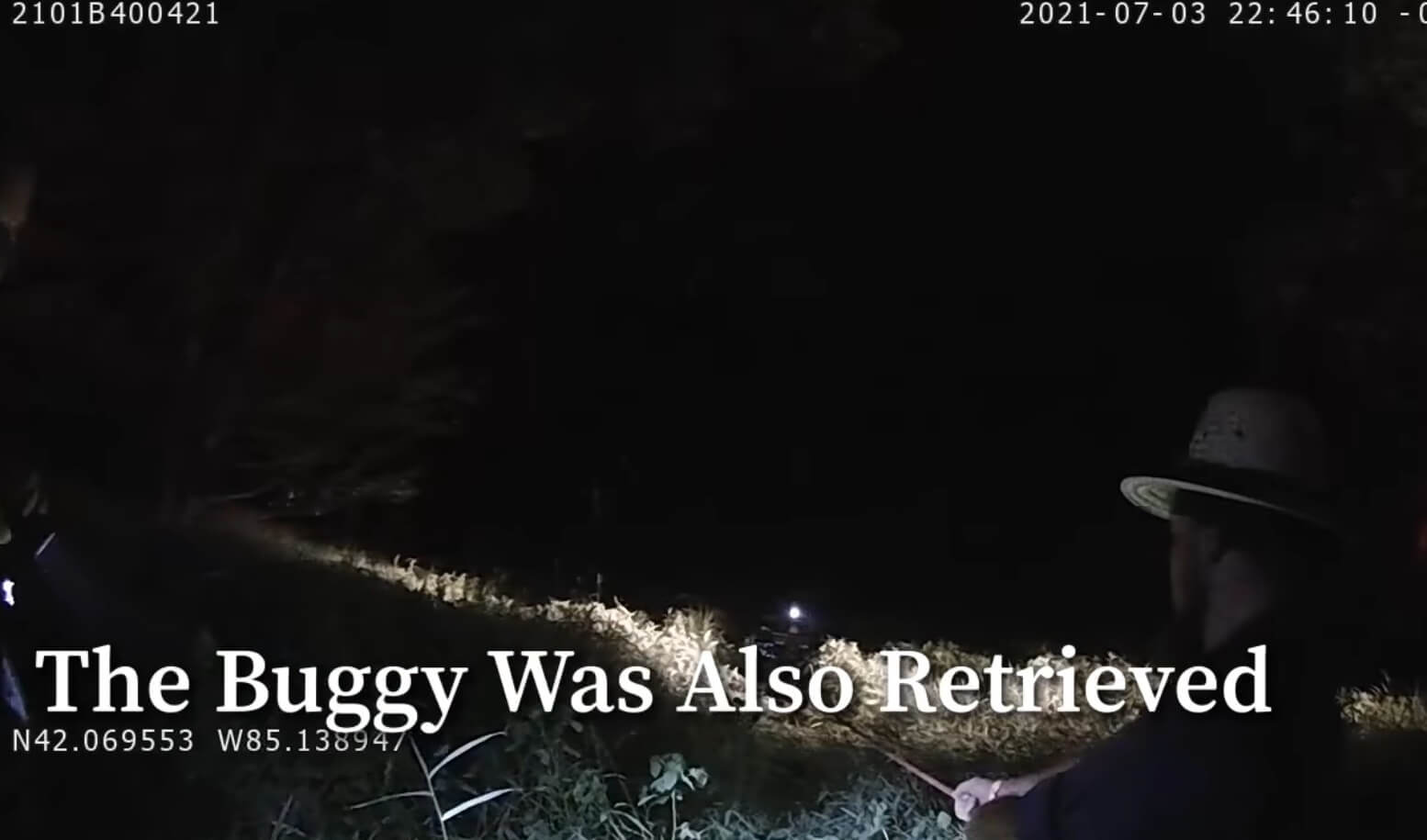 Teamwork pulling the buggy out: 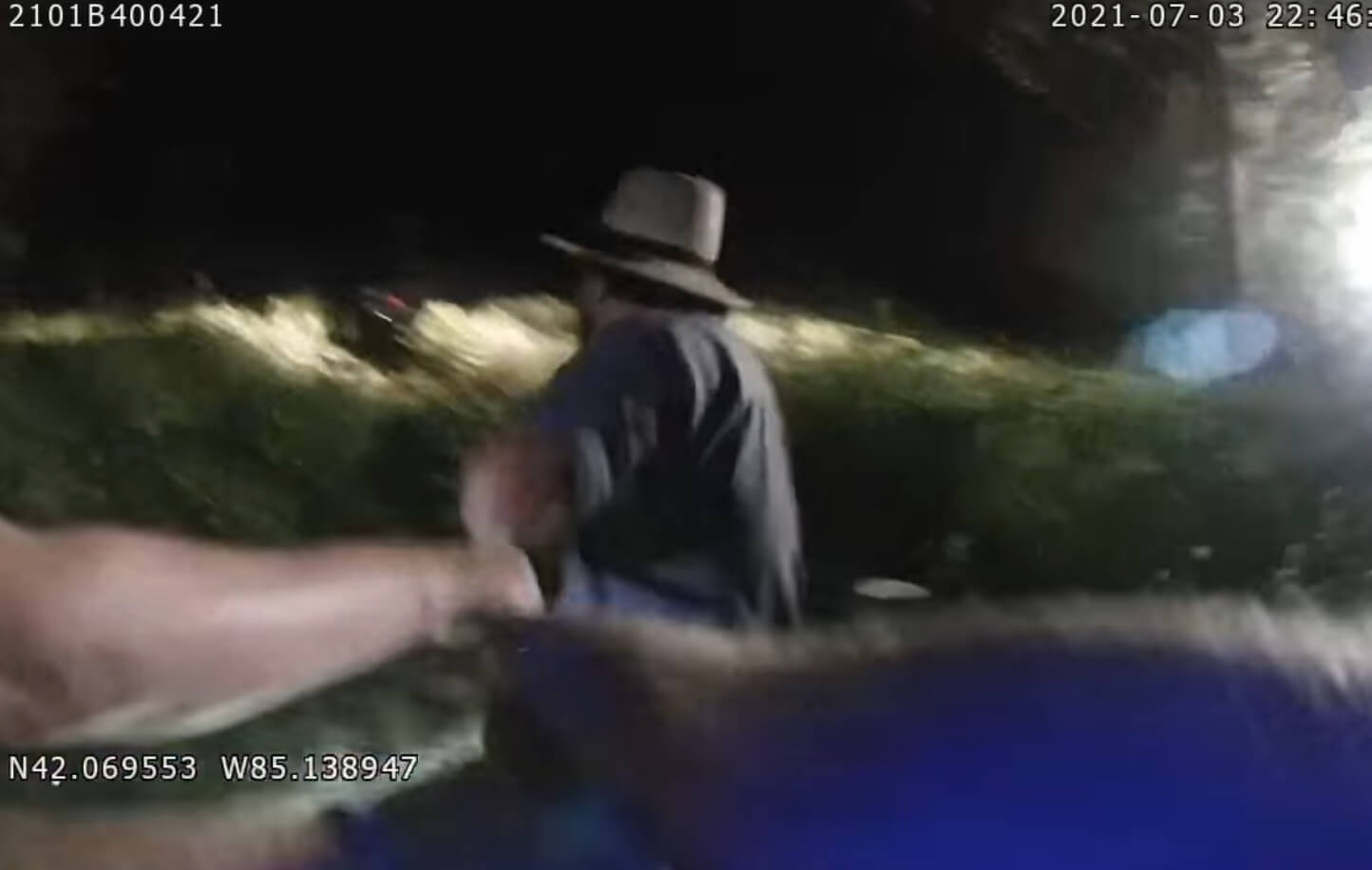 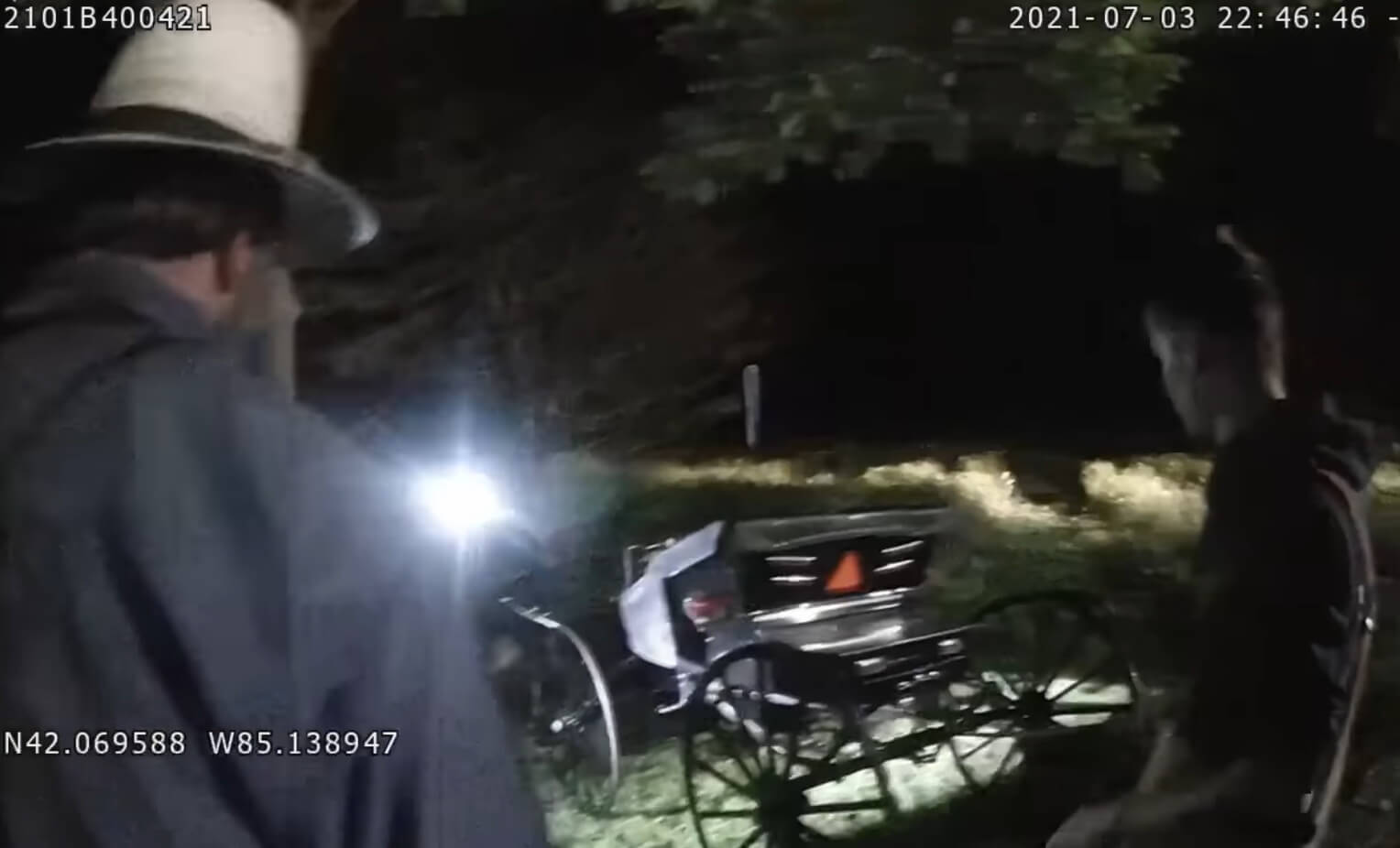 The Village wrote in their post: “Big thanks to our fire department – they respond to all sorts of unique calls and suiting up and going deep into the mud to rescue a horse is typical of the type of things they throw themselves into without hesitation.” No doubt the horse’s owner agrees here. Great job guys.