Questions on Converting to Amish Christianity 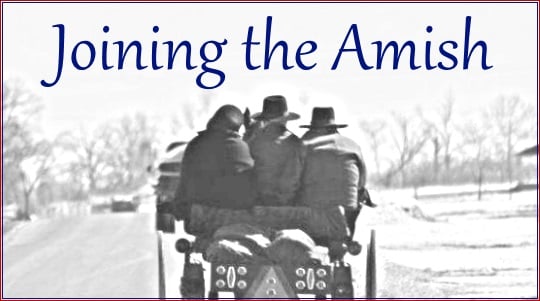 Can outsiders join the Amish?

Yes. It is rare however. Even rarer is the outsider who joins the Amish, and remains Amish. Unfortunately, many who join end up leaving the church. One report suggests that out of roughly 300 who had joined over an extended period, only about one-third had remained Amish.

Why do Amish converts leave the church?

Reasons can include disillusionment with Amish life and the very human members of Amish churches, joining for the “wrong” motives such as non-spiritual reasons, difficulty adapting and feeling a part of the community, and difficulty leaving behind modern technology or individualistic trains of thought.

As one Amish bishop told researcher Richard Stevick, seekers are often drawn to his people for the wrong reasons: “They could have fallen in love with one of our Youngie. Or they may have fallen in love with what they think is a simpler way of life. What they fail to realize is that our Christian faith is at the center” (see Growing Up Amish: The Rumspringa Years, p. 44)

How do you become Amish?

To join the Amish, typically, one would first become acquainted with Amish, often in a community which is “seeker-friendly”. Spending time living in the community, attending church, and participating in community events for an extended period of time is a must. 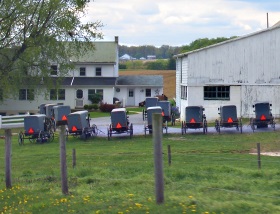 Members of the church would need to support the candidacy of the individual to join. Learning the Amish German dialect is necessary as well. After an extended period of time, when both sides are satisfied that joining the church is the right decision, a person may become a candidate for baptism.

Can you keep in touch with your family if you join the Amish?

Amish people maintain relationships with non-Amish people, so there is no reason that a convert wouldn’t be able to maintain contact with their non-Amish relatives. However, with the lifestyle and often location change involved, contact with non-Amish family may become less frequent. Additional strain can emerge if family does not fully support the decision or has limited understanding of Amish ways.

Where can I read about people who’ve become Amish?

To read about one family’s account of a son joining the Amish, you can read the story of Anne and her son Ed, documented on this site in a series of posts (first post here). You may also like the story of Marlene Miller, who joined the Amish at a young age and has remained a church member over 45 years later.

Another convert named Mark Curtis joined an Ohio Amish church at age 50, over 10 years ago, and remains Amish today. As Mark has said, “Being Amish isn’t for everybody. Not even for all of the Amish. But it was right for me.”

Do the Amish seek converts?

No, Amish do not actively seek converts like some other Christian groups. Practically speaking, becoming Amish is very difficult for outsiders, due to differences in culture, lifestyle, and mindset.

Amish believe in quietly witnessing by raising their children within the faith and living Christian lives as best they can. Despite the fact that Amish do not try to recruit outsiders, some non-Amish have successfully joined and remained members of Amish churches. Some churches are more open and accommodating toward spiritual seekers than others.

When do Amish youth officially join the church?

Unbaptized Amish children and youth are technically not considered members of the church. Amish youth usually join the church between the ages of 18 and 22, though some may join at a younger or older age. Candidates for baptism must take instruction classes over an eighteen week period. Read more on Amish baptism.