So you want to join the Amish

One thing that sets the Amish apart from many Mennonite groups, and for that matter most other religious bodies:  they don’t recruit.

Amish typically neither condemn nor encourage attempts to join.  They may seem a bit discouraging towards the idea.  If the subject comes up, usually you hear something like ‘if you don’t grow up Amish, it’s really hard to do it.’

Occasionally, you run into an Amish person with a name that just doesn’t ‘sound’ Amish.  That’s often a clue.

It frequently happens that non-Amish who join stick it out for a little while but leave when the novelty wears off.

I’ve only met a very few that have joined, and that’s out of literally (literally literally) thousands of families met while selling books in their communities.

I regret not having a chance to get down to the nitty-gritty about it with the joiners (What’s it like?  No, what’s it really like?  What do you miss most?). 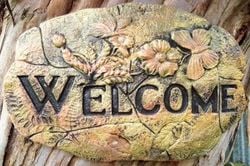 One was a teacher.  Another works in a factory.  A third, fairly fresh convert raises and sells mums.  He supposedly fell for an Amish lass while on a visit to the community.

Asking another ‘native’ Amishman in his community about the newbie, I was told, almost wink-wink jokingly, that he seems to be doing alright (so far), as if the underlying idea was ‘is he gonna make it?’

But this guy, and the other people around him were supportive as far as I could tell.  In fact, the outsiders who have joined and ‘survived’ seem to garner a bit of extra respect.

Apparently, one way it works for interested parties is that you first come to live and get put to work for a certain length of time, just to see if you can hack it on that end.

Then there are the teachings and language to pick up.  Amish adolescents readying themselves for baptism normally attend prep courses led by church ministers.

One New Order Amish couple I met had adopted five non-Amish children.  They found a Pennsylvania Dutch tutor to teach the kids the native tongue.  I suppose that would come in handy for non-Dutch adult converts as well.

Some converts are from similar-minded faiths such as this Mennonite -background fellow, which may make it easier, but others come from different branches of Christianity.

The teacher-convert was apparently originally Catholic, as was well-known Amish historian David Luthy, whom I often mention in this blog.

Apparently this teacher-convert said he found living without a car to be the most difficult.  That’s not surprising.  For me, I think car and electric would be the hardest.  Clothing, hairstyle, hard physical work I’m pretty sure I could swing.

But that might be looking at it the wrong way.  One Amishman has suggested that seekers approaching the Amish solely through the lifestyle angle–the buggies-and-beards rustic appeal of it–are missing the point.

The whole idea is not to live in a strange cultural world for it’s own sake.   By itself, that gets you nowhere.  Rather it’s all about living what the Amish feel is most important:  the words and teachings of Jesus Christ.