Are The Amish “Green”? (Video)

In September I wrote about one person’s expression of disappointment on discovering the Amish using plastic packaging. You can read that post here if you missed it.

In that post I looked at a couple of the misconceptions that might lead one to be disappointed in a cultural group’s choice of food packaging. These were the somewhat related ideas that a) Amish are “frozen in time”, and b) also motivated to act in environmentally-friendly ways. 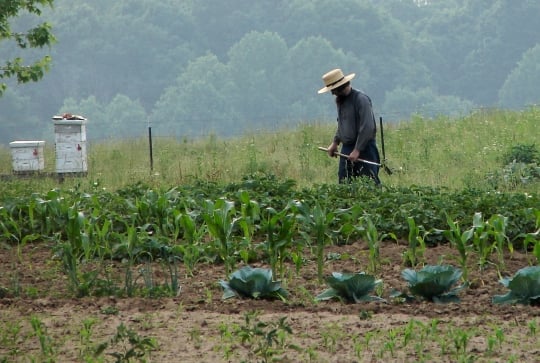 Amishman at work in the garden. Photo: Cindy Seigle

After writing it, I essentially put that post into video form, which you can view below.

I’ve found this impression of the Amish as environmentalist examples is not uncommon. While there are certainly some Amish whom you could describe as environmentally-minded, I argue that the term doesn’t really apply to most Amish. 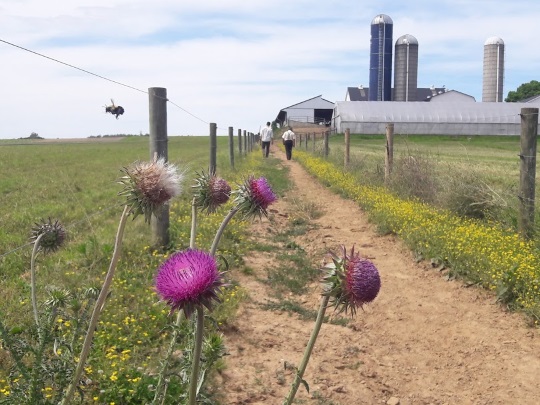 Summer stroll on an Amish farm in Lancaster County, PA

Authors David McConnell and Marilyn Loveless have looked at this question more deeply than I have. They wrote a whole book on the topic called Nature & The Environment in Amish Life. I asked them the question in a 2019 interview. Here was their reply:

Amish America: When people ask if the Amish are environmentally-minded, what answer do you give?

David McConnell & Marilyn Loveless: We tell them that although many Amish practices appear to be, and sometimes are, “environmentally friendly,” they usually don’t have that intent. It’s the English who try to make the Amish into model environmental citizens.

The Amish believe that the natural world was created by God for human use. The Amish see no need to alter their behaviors to try to somehow protect the world they have been given, because God is in charge.

The Amish do pay attention to their natural surroundings, but they don’t subscribe to an environmental agenda. They usually don’t see that their behaviors have caused any problems. Although they mostly comply with regulations about manure management, food safety, and so forth, they generally regard them as unnecessary government overreach, costly and a waste of time.

The Amish we talked with were dismissive of the idea that we are experiencing an environmental crisis. They saw environmentalists as “tree-huggers” and “animal-rights activists” and felt they were guilty of worshipping the Creation rather than the Creator. Where natural resources are concerned, human needs should take precedence over preservation.

People carry other misconceptions of “the Amish” as a group as well, such as that they consider technology to be “evil”, or that they are anti-education. Often enough there are parcels of truth which these conceptions are based in, so you can understand where such blanket ideas might come from. I hope this video helps address this particular misconception.