“Why are the Amish using plastic packaging? I am so disappointed.”

The above is a comment someone left on the recent video on the Amish popcorn shop. Lot of plastic packaging in that shop, like in any Amish-owned store that sells food (or other products for that matter). I find this expression of disapproval interesting for a few reasons. I think it reveals a few possible mistakes or misconceptions. 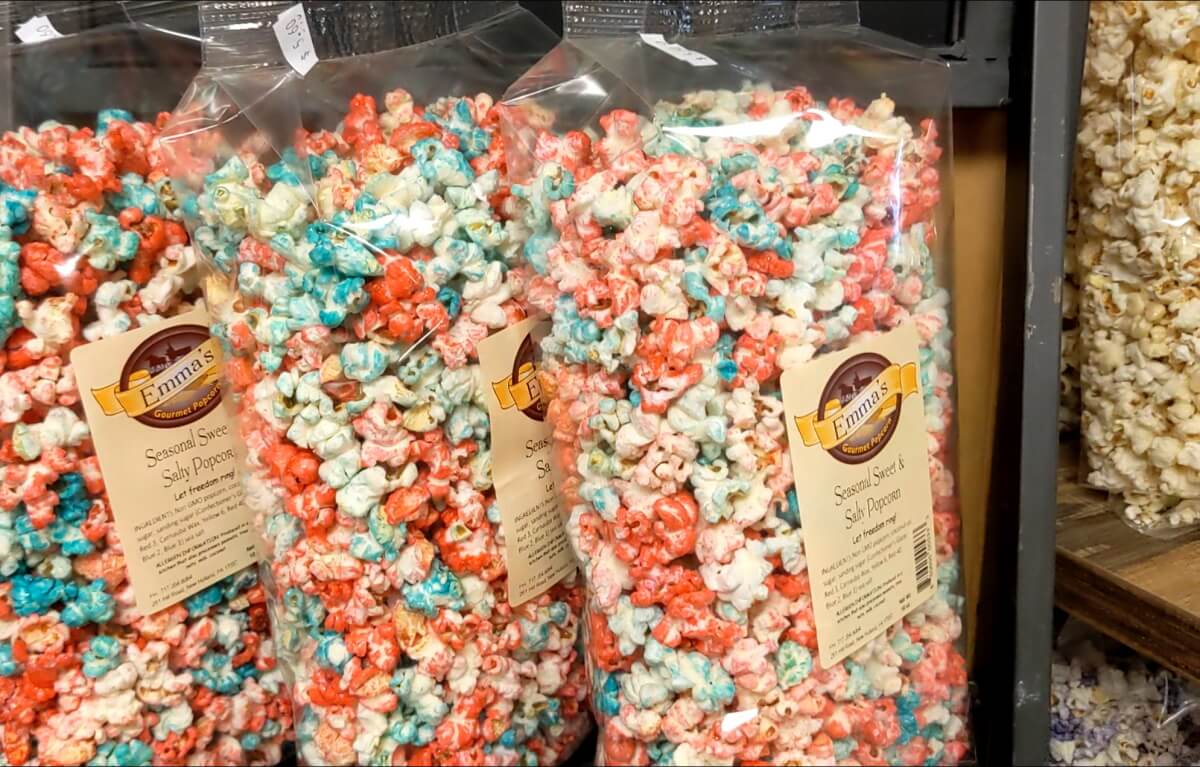 One is that it literally suggests disappointment in the Amish. Thus it suggests the commenter idealizes the Amish in some way. The implication is that the Amish are expected to “live up to” a supposed higher standard by not using plastic packaging (and by the same token, one would assume other modern manufactured products).

Some of this disappointment might come from the incorrect image of Amish as eco-pure examples for the rest of us. Though the Amish consumption footprint has a different shape than the typical American one, it is hardly the case that they are ecological saints.

I’d say the fact they grow a lot of their own food (some Amish, anyway) would actually contribute to this image. Using horse-drawn travel suggests “all-natural” and eco-friendly as well. The general aura of “simple living” that surrounds the Amish also encourages this perception.

However, Amish actions that align with green goals are typically not motivated by an impetus to “save the planet”. It’s more about what “makes sense” to them or fits within their cultural framework and church rules (see also “Are the Amish environmentally-minded?“).

And on the other hand, they do consume fossil fuels in various forms, most of the farms are conventional not organic, and they have been implicated in pollution problems. Many are regular shoppers at Wal-Mart and other big box outlets, so they’re not really existing self-sufficiently outside the larger economy as some might imagine it. 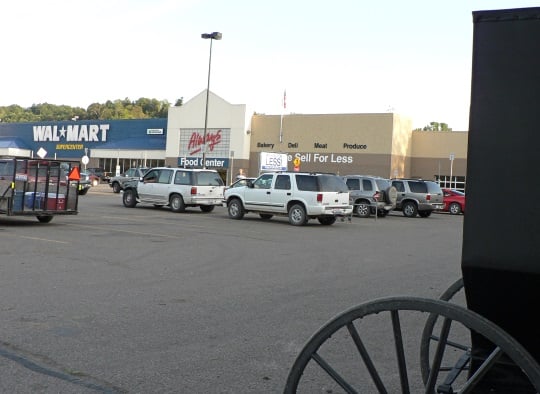 This comment also might reflect the incorrect “frozen in time” perception of the Amish – the idea that they use strictly handmade and homemade products and implements, avoiding purchasing anything that’s mass-manufactured.

That’s also not the reality…maybe that was the case for the Amish of the 1800s, but not in the 21st century. Depending on the group, Amish use a lot of modern tech, they just adapt, restrict and repurpose it. They do what makes sense financially as long as it doesn’t pose a threat to the family or community in some way (for example, automobile ownership or smartphone use). And even in those cases, use of some of those technologies may be permitted with appropriate restrictions or adaptations. 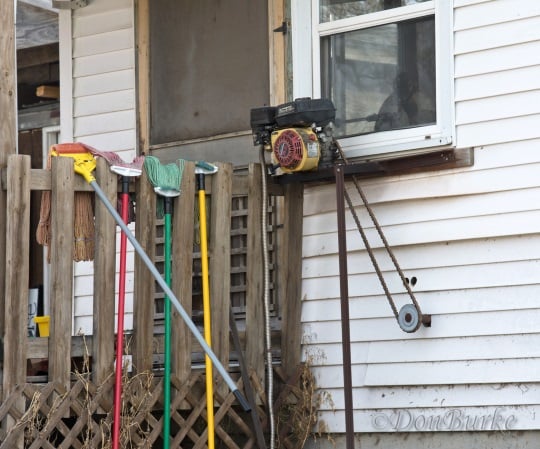 Smartphones pose a danger for a number of reasons. For example, easy internet access on a concealable device brings in all sorts of wordly influences the Amish would rather keep out, available with a few swipes and taps. It opens up pathways to interactions outside the community, for example Amish youth with non-Amish via social media. It also encourages less dependence on the community (Google now answers your questions, not uncle Delmar).

The bag you put food in poses no such threats.

In other words, for Amish there’s not really a moral dimension to something as basic and mundane as a popcorn container.

But if you make these sorts of assumptions, you are apt to be disappointed when hit in the face by the reality of Amish life. What comes next are often the “Amish are hypocrites” accusations.

Amish people do of course use plastic in many forms, including packaging (and that includes the most conservative Amish as well). They also use many other mass-produced products, like other Americans do.

Anyway, my purpose here was not to pick on this person. I just found there to be a lot of interest to unpack in these 11 words. And I think the sentiment is not uncommon.