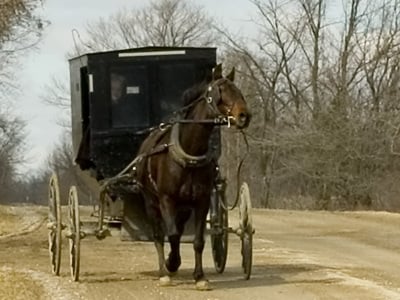 Here in the heavily touristed areas of Lancaster County you see ‘Dutch’ or ‘Amish’ attached to just about anything with something to sell–‘Jakey’s Amish BBQ’, ‘Amish Paradise Homestays’, ‘Dutch Delights’, etc.

Pennsylvania Dutch and Amish are often taken as synonyms, but they aren’t exactly one and the same.

Pennsylvania Dutch refers to both the people that settled in William Penn’s ‘holy experiment’ as well as the dialect they spoke and which some continue to speak today.  The people and the dialect are also known as Pennsylvania German.

Among the Pennsylvania Dutch were Lutheran, Reformed, and Catholic faithful as well as Anabaptists.  The dialect had gone into decline by the start of the 20th century. 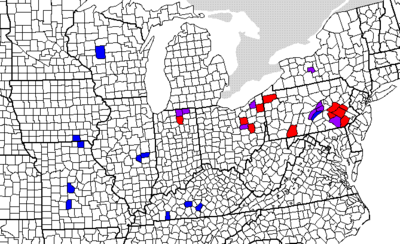 Today, few outside the Old Order Amish and Mennonite community speak the Pennsylvania Dutch dialect.  In some communities, there is a fear that even the Amish may be vulnerable to losing it, as English words intrude and younger generations rely increasingly on English.