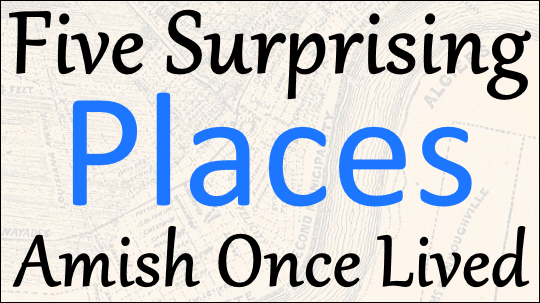 Where do the Amish live? Places like Ohio, Pennsylvania, Wisconsin, and Indiana probably come right to mind. But they’ve also lived in some rather unusual locations. Here are some of the more surprising places Amish once called home.

Primary sources include David Luthy’s The Amish in America: Settlements that Failed 1840-1960, and Steven M. Nolt’s A History of the Amish.

How did Amish find themselves south of the border? A combination of school troubles in Ohio, plus an attractive–at least at a distance–land opportunity led to this most unusual community.

In 1923 a “vast ranch” called Hacienda El Prado went up for sale in Nuevo Leon state in northeastern Mexico. A San Antonio land agent gave it the more English-friendly name of “Paradise Valley” and advertised the tract via promotional pamphlets.

At the time, Amish in Wayne County, Ohio had been having problems with state school requirements. In 1922 five Amishmen were arrested for violating regulations, including not permitting their children to study the subjects of History, Geography, and Hygiene.

A week following their arrests, nine children were taken into state custody. They were placed in a home and dressed “in town clothing”, with boys’ hair cut and girls’ hair braided in pig tails. Over two weeks passed before their parents could secure their release.

In this context, a new location–even outside America–without strict educational requirements sounded appealing, as did the cheap land and spring-like climate apparently available in Paradise Valley. 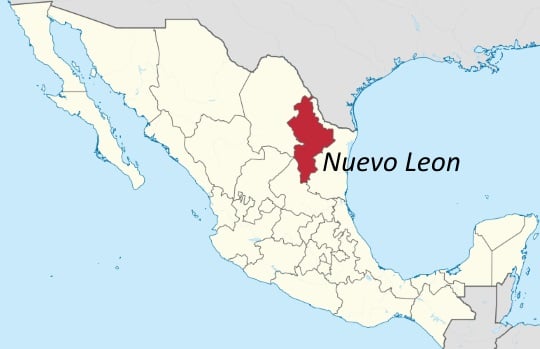 After determining that ministers would also move (very important), and that a bishop would travel for baptisms, marriages, and to hold communion, the decision was taken to found a community south of the border.

In December 1923, a total of eight households made the move to Paradise Valley. The land turned out to be a “barren prairie”, though the soil was very fertile if irrigated. Amish sold their crops in the city of Saltillo, and built with adobe blocks.

As for education, David Luthy writes that “the settlers saw little need in sending their children to school.” One resident later commented that he attended “only around two weeks” of school over six years.

A couple of disappointments made life in the community more difficult. A promised railroad never materialized. And the community also lacked a minister. Four years after founding, one finally came to visit–preaching the only Amish sermon in the history of the settlement.

But what likely led to this settlement’s end was the ongoing revolution in Mexico. Soldiers on both sides took food, and “borrowed” horses which never returned. One Amish youth was even taken prisoner by rebels for a brief time.

The Amish had all left by 1929, with ministers in Ohio having “formed the opinion that it was not God’s will for anyone to move to Mexico” (for more on this community, see Luthy, Settlements that Failed, p. 512-521).

In the 1700s, a number of Amish families traveled west across the ocean to reach freedom in Pennsylvania. Others looked east within the European continent. In 1781, the Austrian emperor invited German farmers to move to Galicia, a region which today lies in southeastern Poland.

Around 20 Amish families were a part of the over 3,000 German households who took the emperor up on his offer. These Amish came from Alsace, Montbéliard, and the Palatinate, and were joined by a number of Mennonites. The Amish were led by a former Catholic convert to Anabaptism named Joseph Mündlein. 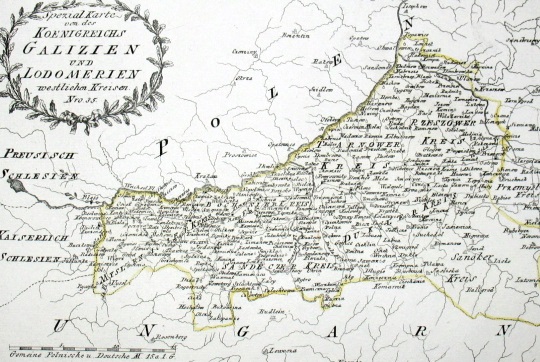 A little over ten years later, some of these Amish went further east and joined a group of Hutterites, to form a mixed community which only lasted around one year. Interestingly, Steven Nolt writes that “perhaps the Amish were not prepared for the sort of strenuous Hutterite work ethic. In any case, the Amish claimed the Hutterites were interested only in material profit and left in disgust,” with two young Amish women staying behind to marry Hutterite men.

These Amish eventually ended up in Russian Volhynia (today northwestern Ukraine), where they were joined by nearly all of the Galician Amish.

In addition to the Amish settlers in Galicia, some others settled the area of Wlodawa–today a Polish border town, but then part of Lithuania (see Nolt, A History of the Amish, p. 64-65).

The abundance of timber is what drew lumberman Jonas Hochstetler to move his family to British Columbia in 1969. Perhaps the province’s natural beauty with its many mountains and lakes also played a part in the decision to uproot and move to the other side of the continent.

The Hochstetlers were part of a small group of settlers hailing from Ohio and Indiana who migrated to Horsefly in the Cariboo region of the province. But being over 2,000 miles from their home communities, its remote nature ensured the settlement would be short-lived. 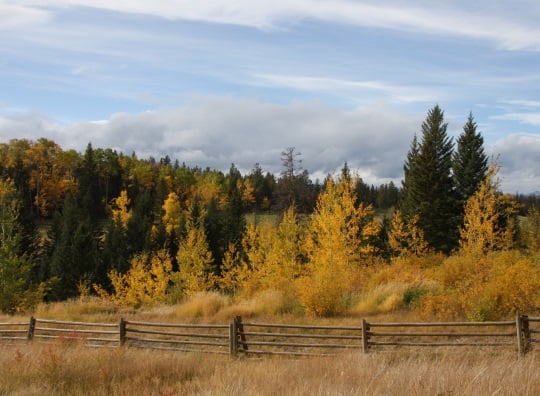 The community lasted but a few years, with only a handful of Amish ever living at Horsefly. The final family, Jonas’ son Martin, departed for Ohio with his wife Susan and their young son in 1972.

About their experience, they wrote that “we missed the brotherhood. We wanted our son to be able to play among other Amish children. We wanted him to go to an Amish parochial school when he grew older.” The couple detailed their time in Horsefly in a book called Life On the Edge Of the Wilderness.

Distance from other settlements works against attracting the fresh residents needed to sustain and grow a community. Likewise, David Luthy describes Horsefly as an “Unrealistic Location” in his addendum to Settlements That Failed (see Why Some Amish Communities Fail: Extinct Settlements, 1961-2007, p. 8-10).

Horsefly was perhaps the most remote settlement ever founded by Amish on the North American continent.

Fernheim Colony, located in the Chaco region of northern Paraguay, was founded in 1930 and still exists today as a Mennonite settlement of several thousand people. Yet Amish once also lived there, for about a decade (1967-1978).

Steven Nolt writes that in 1967, seven families from Orange County, Indiana settled near the conservative Mennonites already living in the region. According to Rich Preheim writing in Mennonite World Review, Amish purchased land “vacated by Mennonites relocating to Canada.”

Ontario bishop Noah J. Coblentz twice traveled by ship to assist in organizing the church and ordaining ministry. Iowa families were also among the settlers (this 1974 Des Moines Register article describes the experience of families from the Buchanan County and Kalona settlements). 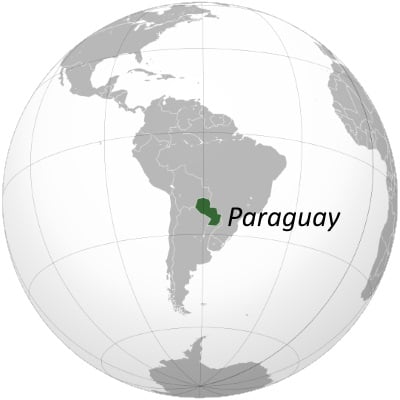 In his settlement guide appearing in the December 1974 issue of Family Life, David Luthy describes this community (also referred to as “Asuncion”) as both the southernmost and easternmost Amish settlement at the time.

Nolt writes that despite farming prosperity, “the Amish there never formed a stable congregation”, and in 1978, nearly all the Amish returned to the US. The few who remained were described as “hav[ing] no formal connection to any other Amish.”

Nolt also shares the thoughts of one participant in the Latin American settlements (Amish also settled in Honduras around the same time) that “‘our way of life’ actually was better suited for an agrarian Latin American context ‘than a rich and mechanized country such as Canada or the United States,’ and that ‘our churches should thrive better spiritually’ among the poor” (see Nolt, A History of the Amish p. 312-314 for more on Paraguay and Honduras).

Despite this sentiment, no Old Order Amish live outside the US and Canada today. 2020 Update: Amish have now reappeared on the continent, with settlements in Bolivia and Argentina since 2016.

How did Amish find themselves in the city of New Orleans? Though it wasn’t then like the modern-day metropolis, it was definitely a sizeable city by the 1840s, as you can see by the 1845 map below. In fact, in 1840, the city had a population of around 100,000.

This is the time when a small group of Amish apparently lived there. Amish traveling to central Illinois in the “second wave” of immigration in the mid-1800s would enter via the port of New Orleans, then take a steamboat up the Mississippi, and then Illinois River. 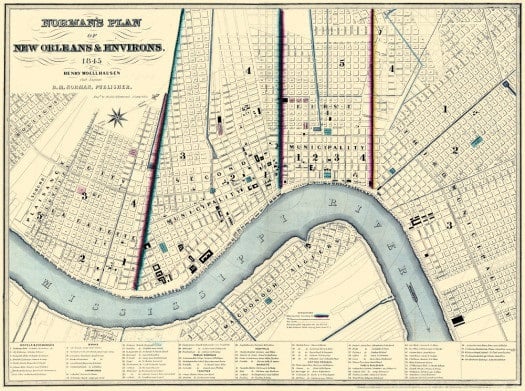 Sometime Amish became stranded, however, not having enough money to pay for passage to the Midwest.

Luthy suggests that “since its residents were mostly French speaking, and since the Amish had migrated from Alsace and Lorraine in France, it is quite possible that they felt more at ease in New Orleans than they would have at the English-speaking ports of New York, Philadelphia, and Baltimore.”

Amishman Christian Oswald is said to have lived here seven or eight years, with his wife baking and selling fancy cakes. Eventually the Oswalds gathered the funds to continue on to central Illinois. An Amish bishop named Peter Nafziger apparently walked from Ohio to New Orleans–on two occasions–to provide ministry to the community.

A visitor wrote a letter to a Mennonite periodical in 1871 describing a trip to the Amish in the city. Luthy writes that “they undoubtedly by that time had lost many of their traditions by exposure to urban life.” (see Settlements That Failed, p. 166 for more).