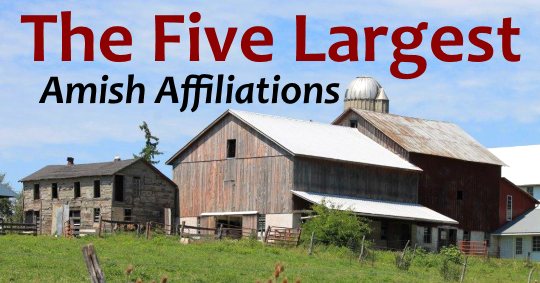 We often talk about the largest Amish communities – meaning the geographic locations where Amish live. The Lancaster County settlement is one example of an Amish community.

Amish affiliations are something different. As noted in an earlier post on affiliations, the term “describe[s] groupings of Amish churches of similar practice, identity, and lifestyle.”

To take the example above, the “Lancaster” affiliation includes the Lancaster County Amish–but also includes many other churches in other communities which have spun off from the Lancaster community over the years.

These churches continue to cooperate and fellowship with one another within one affiliation. Affiliations share other features which bind them together, including similar dress standards, buggy styles, Ordnung, acceptance of technology, and so on (though there can still be some diversity within an affiliation).

If you’d like to learn more on the topic, I suggest reading our Amish affiliation post or checking out Chapter 8 of the book The Amish.

Which affiliations are largest?

According to the authors of The Amish, there are over 40 Amish affiliations. Some are very small, consisting of just a few churches. Others may have well over 100 districts.

So which are the largest? Before you scroll down, do you have a guess?

Note: statistics taken from The Amish (Kraybill, Johnson-Weiner, & Nolt) and date to 2011 (see p. 139 – Table 8.1, Amish Affiliations Ranked by Number of Church Districts, 2011). Most numbers given below will be higher as of this year.

It makes some sense that the oldest Amish community is also responsible for the largest Amish affiliation, with 291 church districts in over 3 dozen settlements. 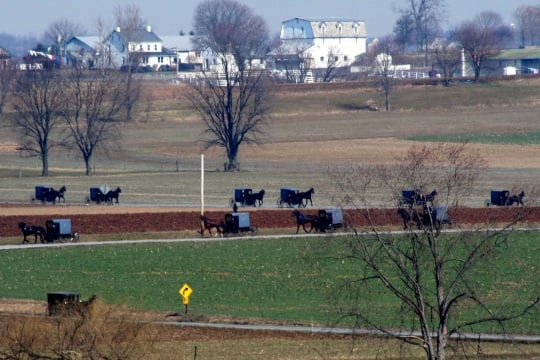 Lancaster affiliation churches can be found in eight states. 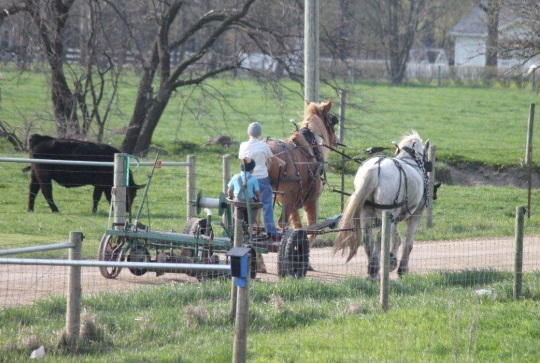 The settlement’s affiliation extends to nine communities in three states, for a total of 177 churches.

Holmes County contains more individual affiliations than any other community, with around a dozen. “Holmes Old Order” is the largest of the bunch, with 147 churches. 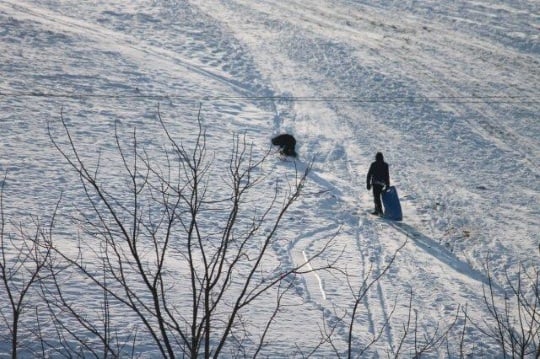 Interestingly, this affiliation was found in only one other settlement as of 2011…

…which makes it very different from number 4 on the list.

With a whopping 67 communities in the affiliation, the Buchanan/Medford churches are spread far and wide. 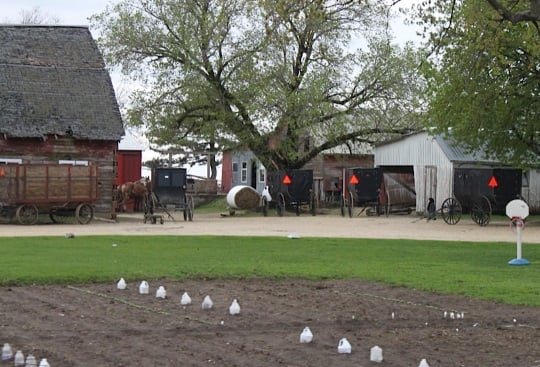 Their 140 church districts appear in roughly 2/3 of Amish-settled states (19 states).

The Geauga County settlement consists of two main Amish groups. Geauga I is the more progressive of the two affiliations in the community (the other is known as “Geauga II” or “number twos”). 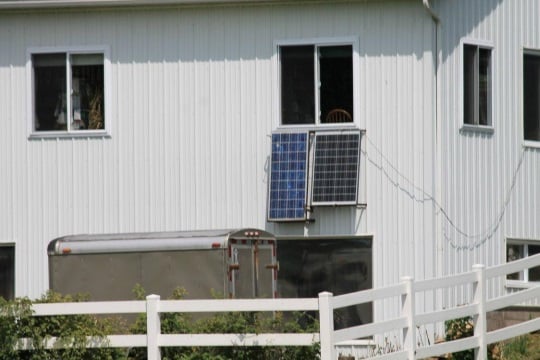 Geauga I claims 113 churches in 11 communities in a half-dozen states.