5 Facts On The Amish & Hunting

On the whole, the Amish are avid hunters. In Nature & The Environment in Amish Life, one Amishman puts plainly how much hunting mattered in his community: “When I was growing up, if you didn’t hunt, it was almost as if you didn’t belong.” (p. 148).

Why does hunting appeal to the Amish? For one, hunting is an outdoor activity that can be done with others, in a natural environment. But there’s more to it than that. 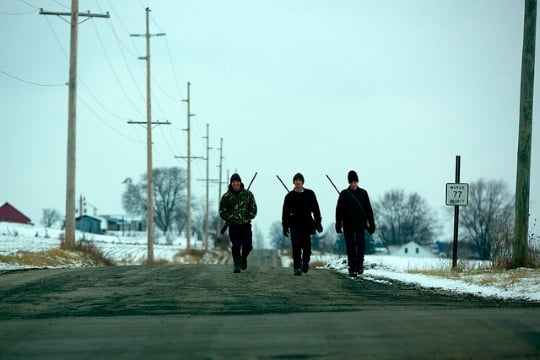 In the aforementioned book, authors David McConnell and Marilyn Loveless examine how and why Amish hunt. I’ve pulled five facts about the Amish & hunting which I thought you might find of interest. These are taken from Chapter 8 (“Fin, Fur, and Feather: Nature-Based Recreation”). In a few places I’ve added my own comments in italics.

5 Facts About The Amish & Hunting

1. Amish use guns and cameras for hunting

While bow hunting has become more popular among Amish, they use a range of firearms for hunting. Hunting rifles are “among Amish men’s most treasured possessions.” Most homes have a simple shotgun or rifle for getting rid of pests. A few even own handguns. 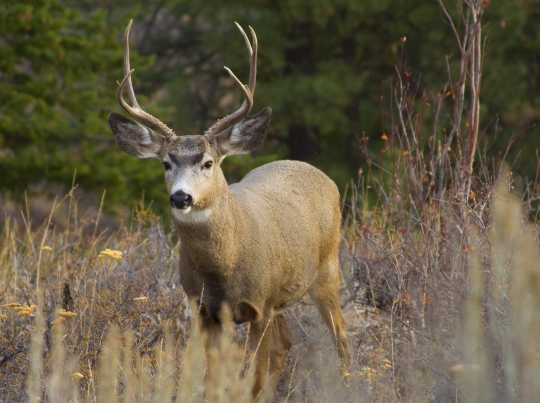 Amish hunters also use photography – mainly for two purposes. One is to track deer on remote hunting grounds. Trail cameras are common, though some church leaders disapprove. They are more acceptable than personal cameras for several reasons – the photos taken are of nature and animals, not people; they don’t use the photos commercially; and the cameras themselves are typically in locations far out of public view.

The second use of photography is to capture images of a successful outing, either on a disposable camera or by a non-Amish person along for the hunt (and certainly youth and those adults who use smartphones could take advantage of their devices’ cameras).

2. Most wear different clothing when hunting

The authors share that “most Amish hunters abandon their usual attire in order to wear camouflage.” 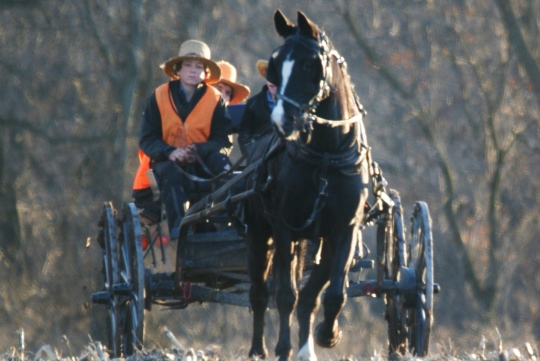 Hunting is not just a “male” thing (though most Amish hunters are male):

Amish women who hunt usually start hunting as children with their fathers, or with their boyfriends while dating, and then cut back sharply once they have children. “We as a family have great memories of the girls going along deer hunting,” recounted a man whose daughter shot two deer in a period of two weeks.

Even so, Amish women in the Midwest may be regarded as “kind of odd” if they continue to hunt after motherhood. In western Amish settlements, however, “most of the ladies still hunt, and they take just as much pride in it as the men,” confided a mother of six who was nursing a new baby. (p. 149) 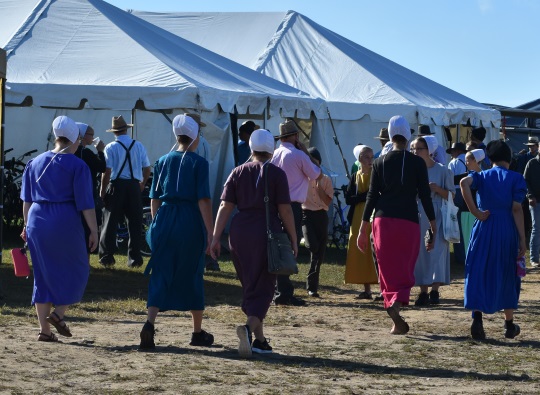 Lovina Eicher provided an example of this in a 2013 column mentioning her daughters going hunting on opening day of deer season.

4. Some Amish feel other Amish take hunting too far

Involvement with hunting can vary from the occasional backyard hunts to Amish who pour thousands of dollars into the activity and spend weeks away from home on hunting trips to Western states or Canada. Some are drawn to parts of the country where hunting opportunities abound. The Rexford, Montana Amish community is “known as a bachelor’s paradise” due to the quality of hunting. 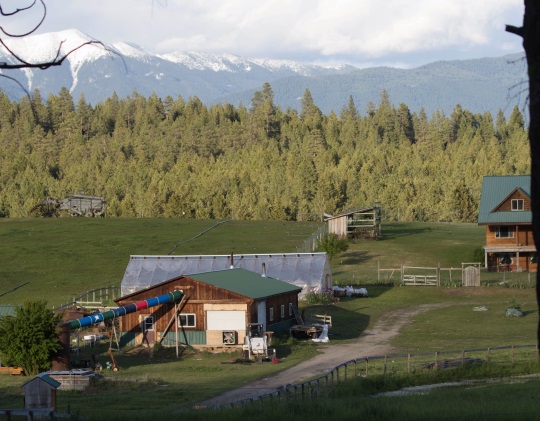 Some Amish criticize the practice of spending a lot of money and being away from home for long periods. The authors quote a hunter who relates that “some wives have a problem with husbands being gone for weeks and some don’t.”  He adds that a friend had stopped hunting altogether because of his wife.

Hunting is just one of a number of outdoor activities enjoyed by Amish. The authors explore several others, including fishing, birding, and recreational horse riding. More on the book here.