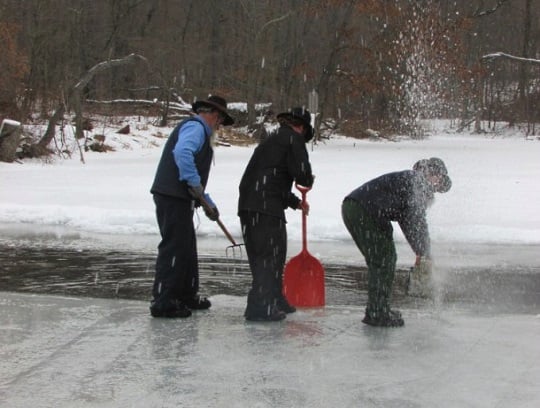 How do Amish harvest ice? Arthur Bolduc recently joined a crew for a day of ice-cutting in Knox County, Ohio to give an inside look into the process.

Ice is a necessity for those Amish who don’t use mechanical refrigeration, relying instead on ice houses. But the way they get their ice varies.

Others, like those in this story, or in this Wisconsin community, gather it themselves from frozen ponds. 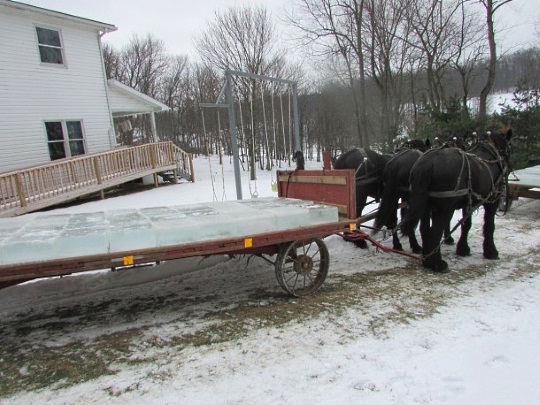 In Bolduc’s story, Amish gathered at the Dennis Miller farm pond for the frolic, where ice had reached a thickness of up to seven inches.

Some interesting facts from the article at farmanddairy.com:

The article is a very interesting look into the odd Amish “harvest” that doesn’t involve crops.

Bolduc describes it as a “near carnival atmosphere” with women bringing hot drink and doughnuts and “friendly competition” of sliding ice cakes across the frozen surface.

Sounds like a fun day if you don’t mind the subzero cold.

The ice house appears to be of wood construction, at least partially. And the ice blocks seem a good bit thicker than the ones in the photo above. 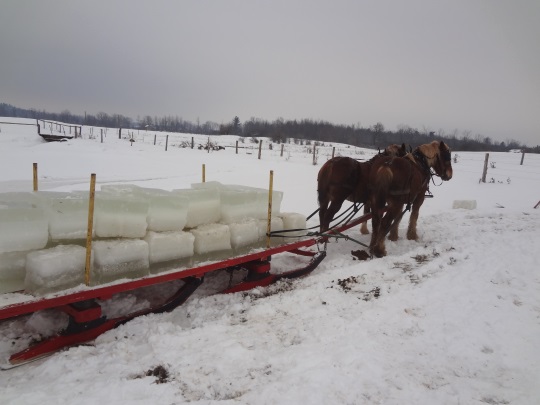 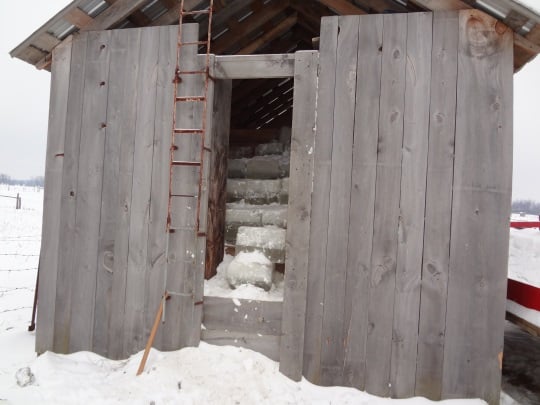