Going back again through some photos from earlier this year, I realized I still had a lot of shots from my visits to Charlotte County, Virginia. 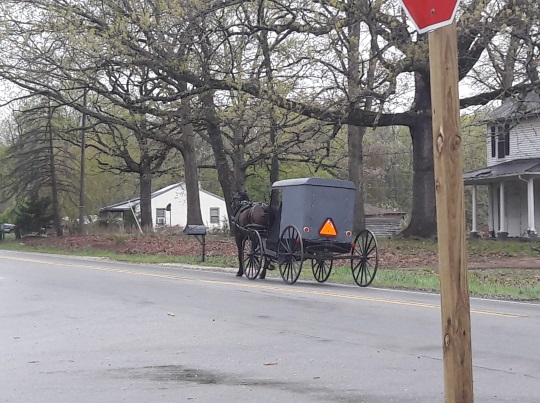 I though you might enjoy a few more looks at this community, taken in April and June.

Later this month and next, I plan to visit communities in NC, PA, and OH, so stay tuned for some posts “from the field”.

So here are 10 favorite shots, and some comments on each.

I liked this shot of a buggy coming down the road. I believe it’s actually the same buggy as in the photo above, about 30 seconds earlier in time.

The business on the sign is called Rocky Pines Cabinets; later I stopped in there and spoke to the wife of the owner. They also sell clocks, mounted deer racks, and some furniture. 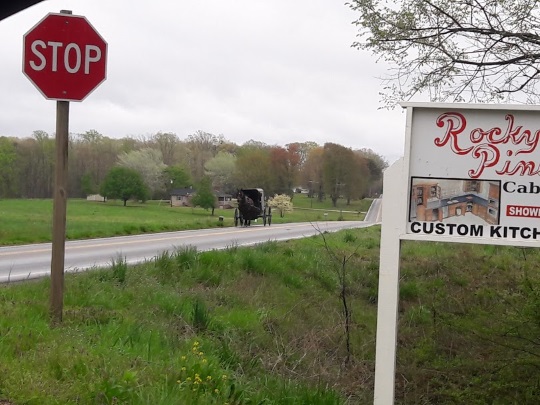 I got a free pen there, and then bought a dozen eggs from another place on the same property. They were advertised as “Non-GMO”.

Which, to me, was neither here nor there, but some of their buyers surely appreciate that fact. 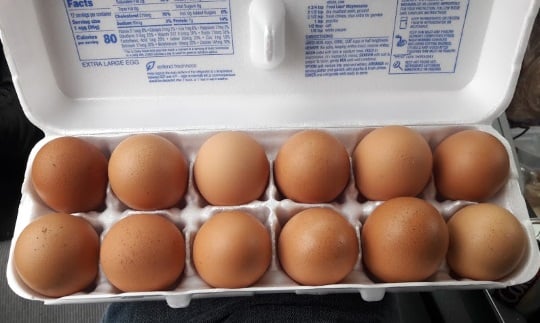 Here’s the buggy entrance for the auction house (Southside Produce Auction). I happened to be there just before the annual school consignment auction, when they were getting things ready.

I stopped in, picked up a sub and a burger, and talked to the Amishman running the food operation. I learned more from him about this community, which originated from St. Mary’s County, Maryland. 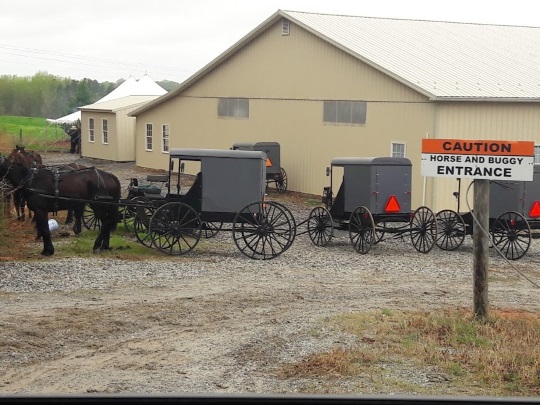 Here is a shot of the auction building from a distance. The items for sale were lined up in rows throughout the lot, and under the roof were those things that couldn’t handle the rain. 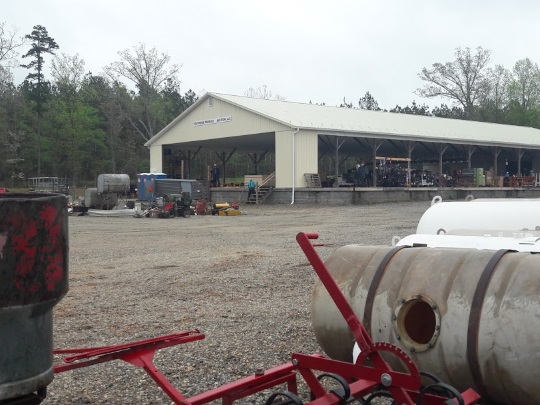 This was spring, so it was a beautiful time with the trees flowering. Just five short months til we see views like this again. 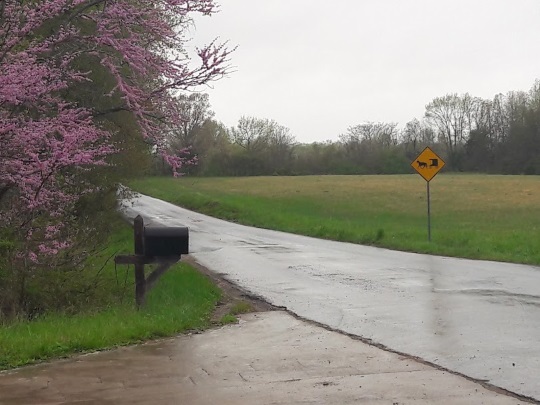 There’s a farm in the community which sells lambs. If I’m not mistaken I remember seeing this same place on my first visit here eight years ago.

The sheep and lambs tend to run away from the road if they’re close to the fence when you drive by. 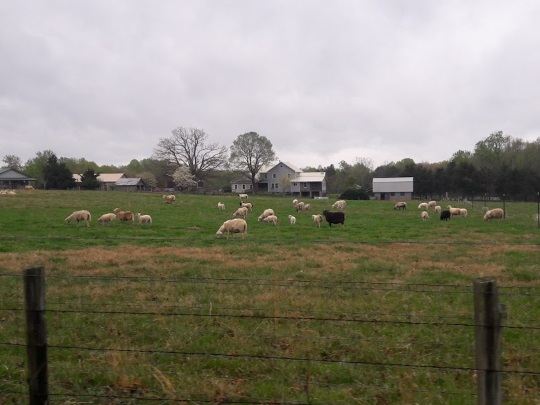 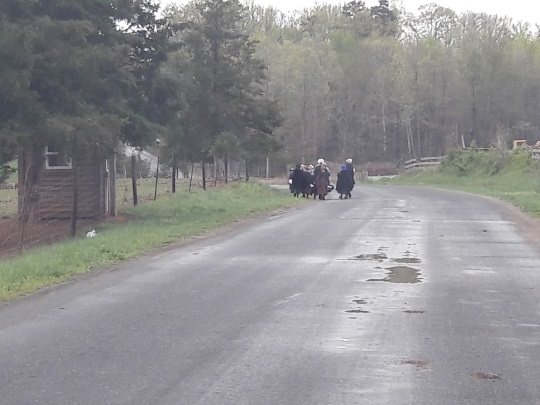 On a later trip I stopped, this time with my brother along, at a stand selling giant tomatoes. Sunnier weather this time: 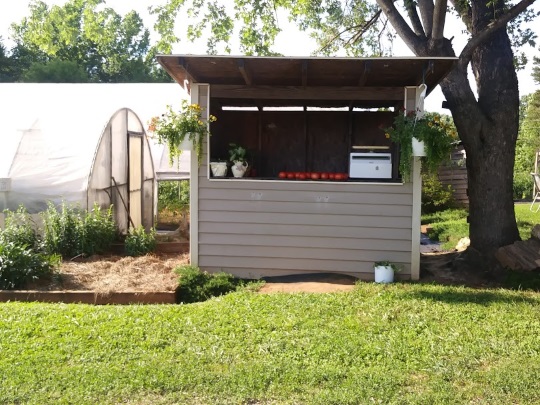 A couple going down the road: 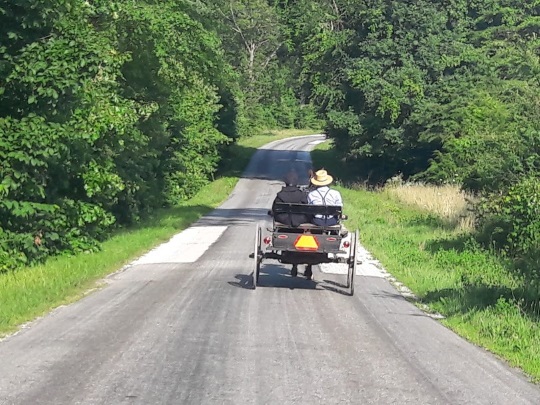 Alas, we were a few hours too late to catch this stand open: 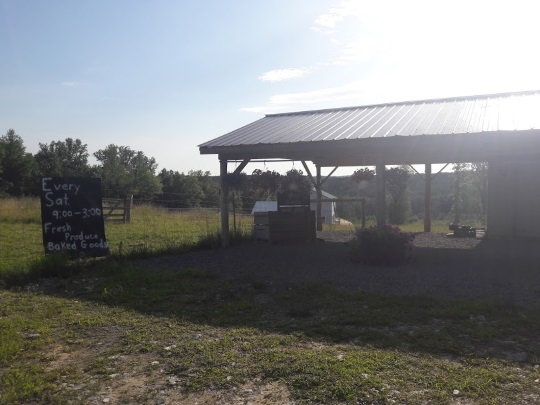 I hope you enjoyed this brief look at the Charlotte County Amish community.

Leave a reply to 10 Views Of The Charlotte County, Virginia Amish Community