After Tuesday’s visit to the Belleville auction and market, Jerry continues with a look at two aspects of farming among Amish in Big Valley.

Below you’ll find more on one old-fashioned technology still in use in this community, and on an environmental challenge involving Amish farmers.

Thanks to Jerry’s report, I learned more than I thought there was to know about the cans some Amish use to collect and move their milk. Here’s Jerry with more.

After visiting the Belleville Market it was time to drive out into the country.

I saw many farmers using horse teams plowing fields in prep for this year’s crops. 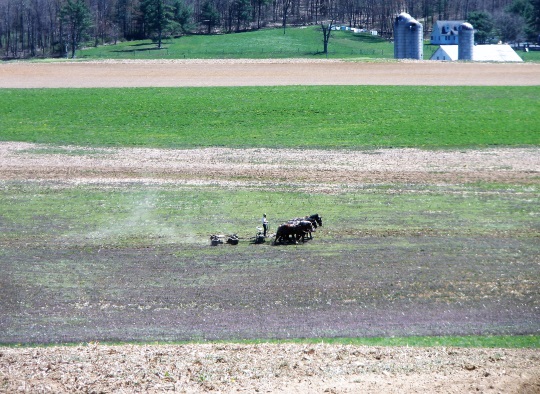 Milk cans out by the road waiting for pick up by the milk processors. Transporting raw milk in milk cans is outdated technology. The Amish are probably the only ones (or among the very few) doing it nowadays. 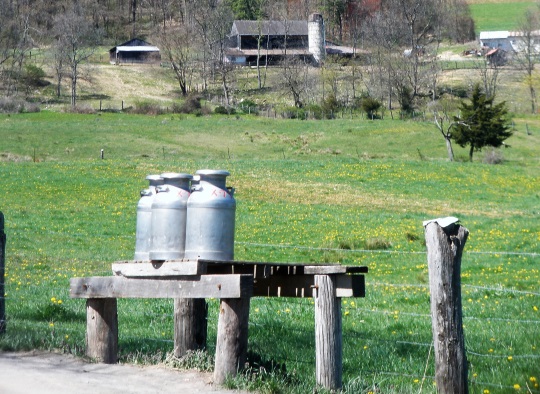 The farmer has to have two sets of cans. Each can is numbered with the farmer’s exclusive number. The milk is picked up two or three times a week. 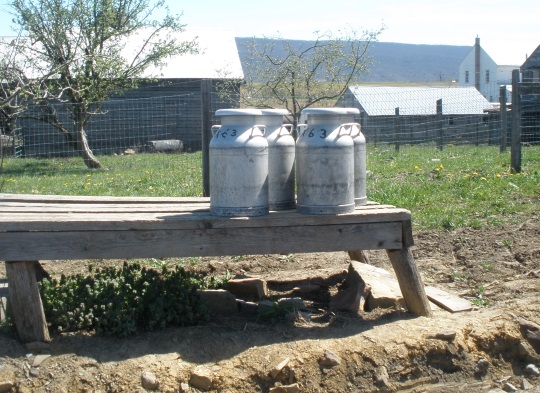 When the driver picks up the cans, he drops off the cans he picked up last time. These returned empty cans have been sanitized before returning and are chemically sanitized again before the farmer refills them.

Some but few cans are made from stainless steel. Most are galvanized steel. When cans get banged around they can lose their finish. 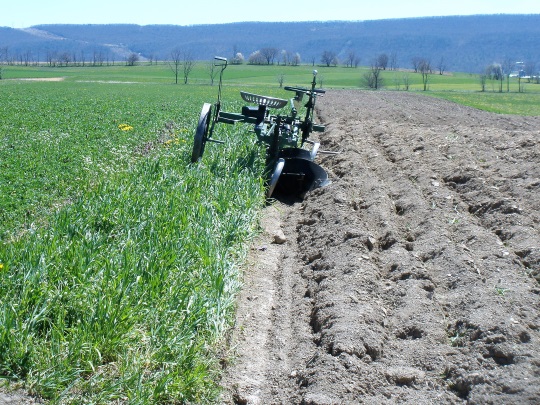 I actually found an Amish business that restores milk cans.  He cleans the cans, removes dents, sometimes welds (gas) repairs and then dips each can into a hot tin solution. He only performs this operation two or three times a year.

Many farmers use gasoline engine air compressors to power their milking machines and keep the milk cans in coolers LPG power sourced. Some farms have large diesel engines that provide generated electricity. 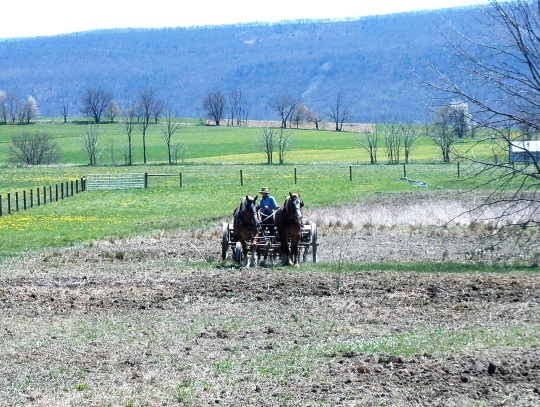 Environmentalists have determined that animal waste draining into the watershed is harming the Chesapeake Bay. I’ve heard speakers, and read that cows free-range grazing in fields with small “branches” running through them, are the biggest contributor. 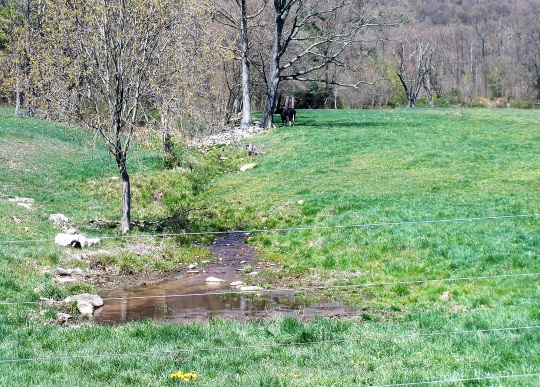 They also target Amish as the biggest cause. In many English farms in the lower basin, many small streams are being fenced off and planted with native trees to curb the problem. The fencing is almost always subsidized by Federal and State monies. 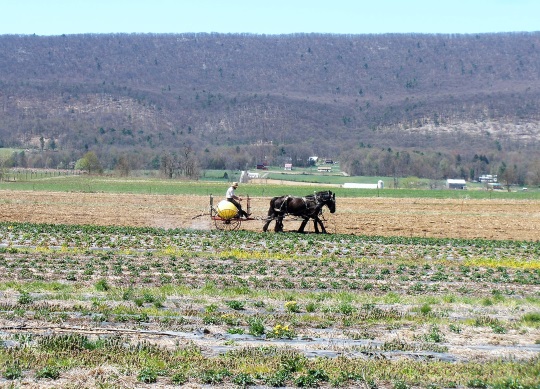 The experts are pointing to the Amish for their unwillingness to participate in the fencing.

The farmers do not wish to lose the grazing land, the source of animal drinking water, and they object to the government giving them funding.

Often pastures with a “branch” running through provides the best grazing in hot dry summers, and tend to be the last grass in the fall and the first in the spring.

Up next: Schools, Scooters and Stores