Continuing our “Signs of an Amish Home” series, let’s have a look at milk cans.  Milk cans seem to be another one of those quintessential symbols of the Amish–who else uses them nowadays?

A few other Plain groups perhaps, but not many others.  If you see them stacked up by the road or by the barn, that’s a sign of a likely Amish place, and in particular a conservative group. 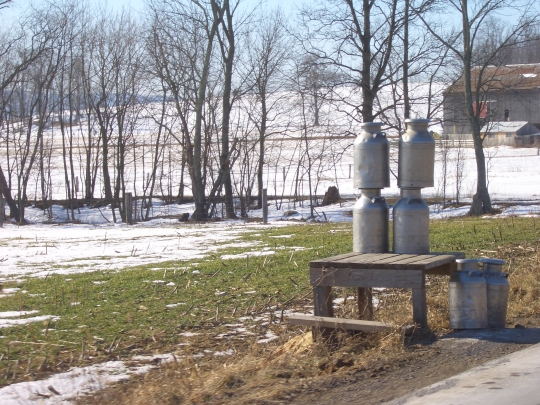 Milk cans at an Amish farm in Mifflin County, Pennsylvania

“Mainstream” Amish use bulk cooling tanks nowadays, which also have agitators to keep the milk moving.  Donald Kraybill in The Riddle of Amish Culture tells us that this technology was first adapted by Lancaster Amish in the late 1960s. 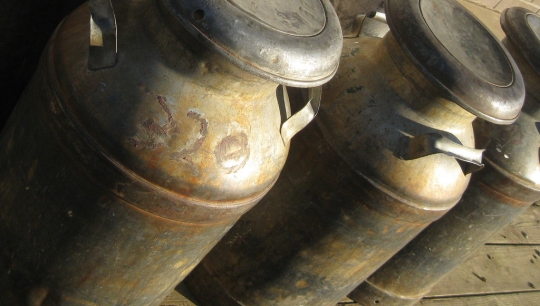 Milk cans at an Ohio dairy

Conservative Amish do not allow this innovation, and use old-fashioned cans.  This also means they typically can’t sell their milk for the highest price.  So milk from conservative Amish is classified as grade “B”, and goes to making cheese. 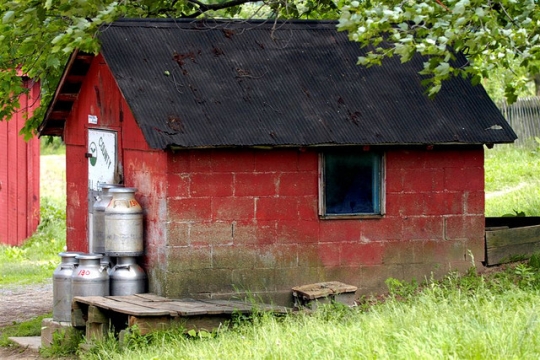 Amish who store their milk in cans often keep it in troughs of cool water to provide some cooling as it waits to be picked up by the milk truck.

I learned of some other interesting milk practices in Karen Johnson-Weiner’s book New York Amish.  One Amishman explains that “Amish dairy farmers are exempt from shipping milk on Sunday if they put ice in the water in which the milk cans were stored.”  Amish in his community had plans to “put ice up” the next winter (p. 117). 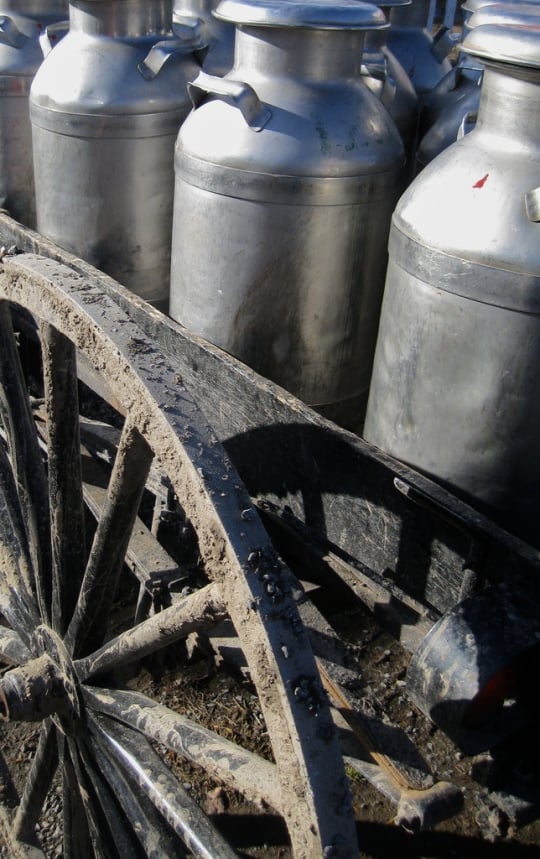 Amish in New York have also made use of “dumping stations”, off-location holding tanks owned by the milk co-ops.  One Swartzentruber group allowed this innovation to let more farmers stay on the farm, with the bishop considering it, in fact, a “step backwards”.  Karen explains: