The Amish settlement located at Kishacoquillas Valley in Pennsylvania is one of America’s oldest and arguably its most colorful, at least in a literal sense.

While it’s rather off the beaten path, found in central Pennsylvania about two hours from Lancaster County, this community is pretty well-known for its three main Amish affiliations, each of which uses a different-colored buggy top. 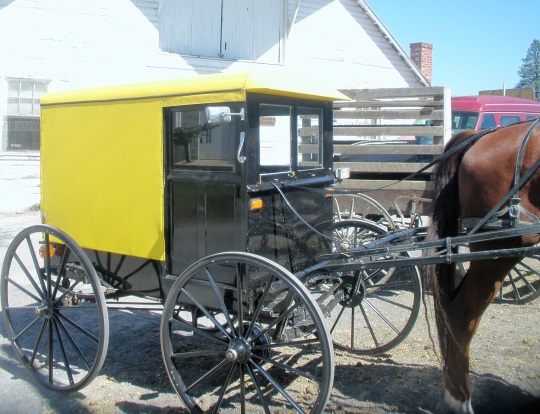 The Nebraska Amish can be recognized by their white-topped carriages, while the Renno people drive a black vehicle. Most unexpected of all are the buggies of the Byler Amish, coming in a vibrant lemon-yellow hue.

Besides the superficial visual differences, these groups also differ in their degree of conservatism affecting things such as the technologies they accept. 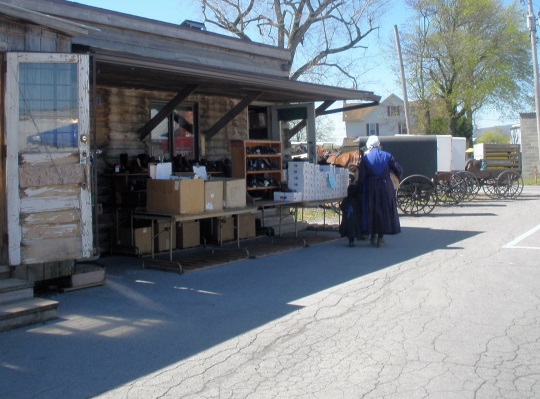 Reader Jerry, who last guest-posted about the popularity of dandelions as a food among Amish and Mennonites, is back to share some photos of his visit to the valley.

Today we look at the auction and market held in the town of Belleville each Wednesday, popular with Amish and non-Amish alike. 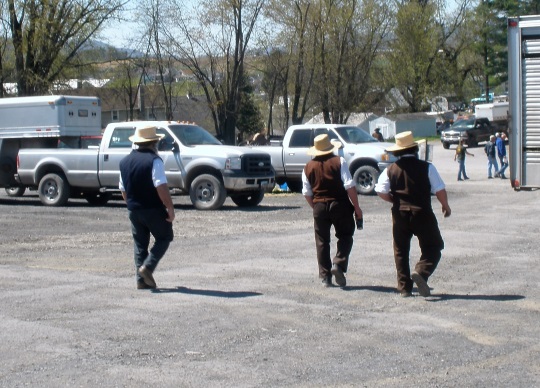 This is the first of 3 posts we’ll have from Jerry on Big Valley, so stay tuned for more (or if you haven’t already, subscribe to make sure you get notified of new posts by email).

The photos and comments that follow on the Amish and Belleville are all Jerry’s: 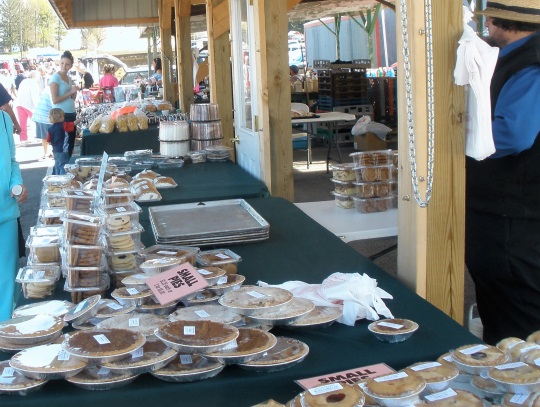 A flea market runs most of the day. There are some permanent shops that sell shoes and baked goods. 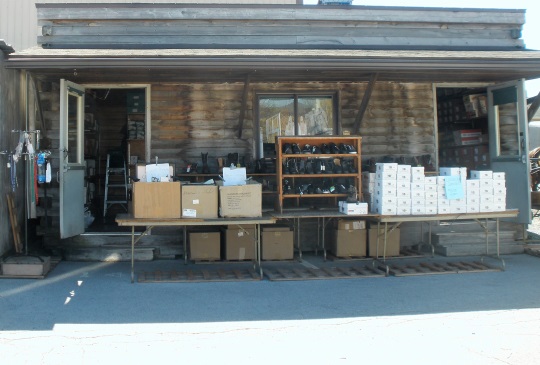 All three of the famous Amish buggies are found here along with some buckboard wagons. 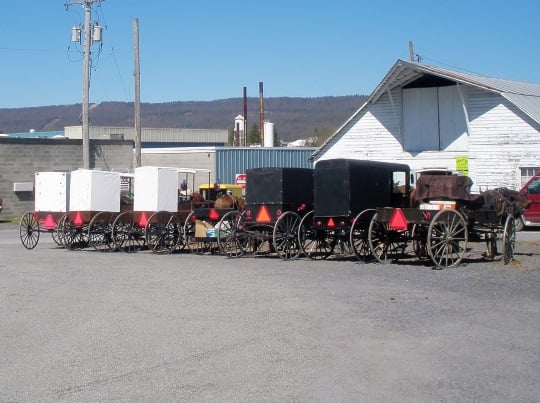 The Big Valley is also home of the “one suspender”. Why have two when one will do.

Note from Erik: This unusual custom is the norm among the Renno people (update: and Byler group). 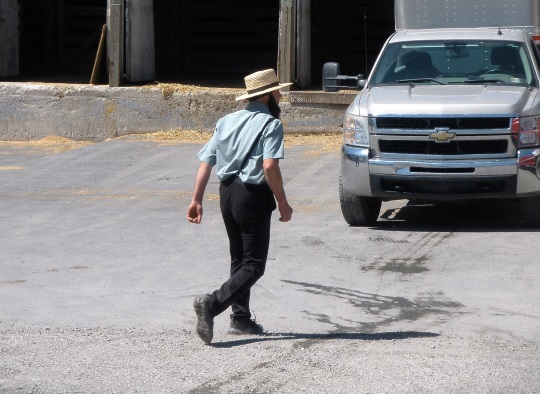 Most Amish buggies have batteries (12 volt car batteries) for lights, and many have LED lights. 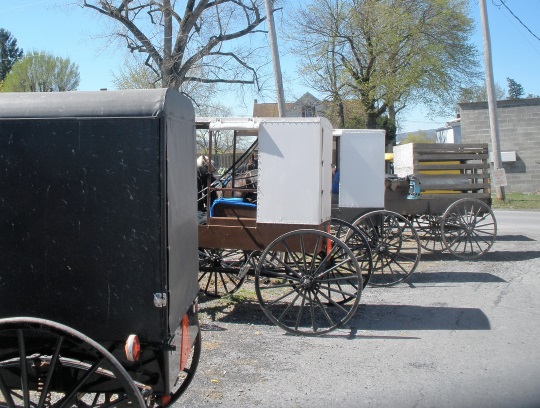 However some of the white toppers still support kerosene lanterns on the buggies (If you haven’t picked up by now, I love buggies and love to drive one when I’m allowed). 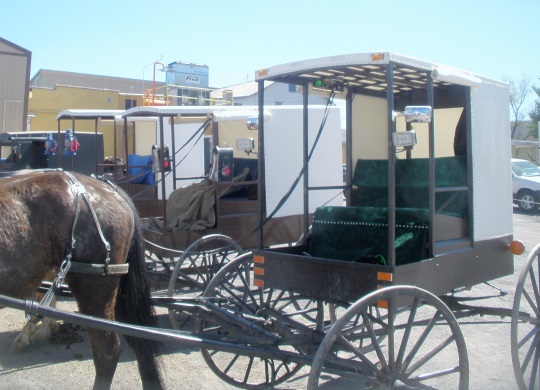 Note from Erik: The above is the first evidence I’ve seen of Nebraska Amish using electric lighting on their vehicles. Though they are generally considered the most conservative of the three main affiliations, there are several sub-groups among Nebraska people, some of whom use cell phones.

Also at the Belleville market, is the Peachy Butcher Shop. They sell freshly slaughtered meats and also offer to the Amish freezer lockers to rent. The renters can preserve food items there and make their own ice blocks in their own lockers.

Up next: Amish farming in Big Valley