Visiting The Amish At Whitefield, Maine

Over the past decade, we’ve seen Amish in Maine slowly expand their footprint in the state. Lately they’ve been adding a community at the rate of about one every two years. The best-known is probably the seeker-friendly Unity settlement, which features in the news fairly frequently.

But there are seven other settlements in Maine now, and last autumn, reader Jillian York had a chance to visit one of them – at Whitefield in Lincoln County. This community was started in 2017, and is still just one church district in size. 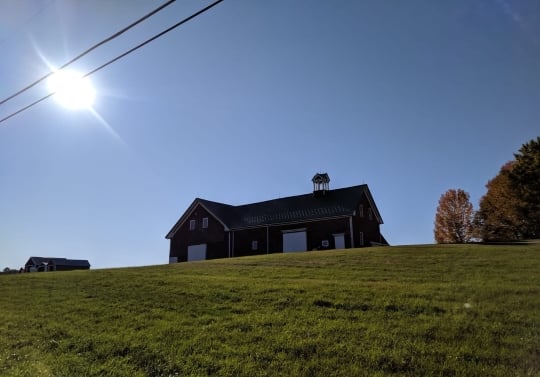 The Whitefield settlement has an interesting origin story – it was started here largely on the initiative of an English couple who “recruited” Amish from New York to move there. The Amish were welcomed by the sound of it, though there have been some buggy accidents since its founding. It sounds like this is a Swartzentruber settlement, based on where the original families came from, and the description of their buggies.

Jillian shares her visit below. 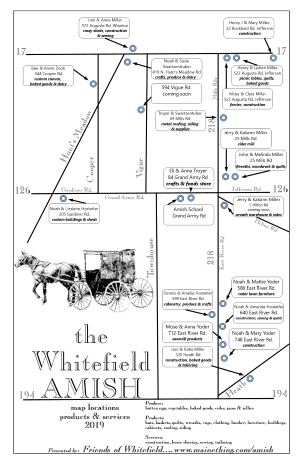 Last fall, I was visiting my family near Portland, Maine and decided to check out the Whitefield, Maine Amish community, which I learned about from your site. There’s a good map of the community here (map image by mainthing.com).

There’s only a handful of businesses so far – one selling furniture, an apple cider business, and a maker of custom boat covers were spotted – but the highlight was the Troyer family’s Happy Farm, just around the corner from the Sheepscot General Store (a non-Amish business that’s been there for a long time) on ME-126.

On the day we visited, one of the family members was outside with a small stand, selling baskets, loads of food items (cinnamon rolls, fresh bread including the famed Maine Anadama bread, pickles, jams, and apple butter), candles, birdhouses, and a few other small items, as well as quilts and aprons, which were displayed on a clothesline. 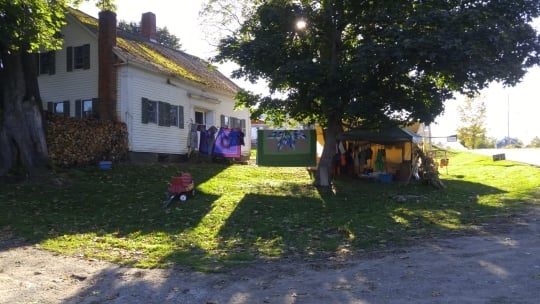 I ended up purchasing a queen-sized quilt for $400, which I understand is a fantastic deal compared to what I’ve seen in Lancaster County. 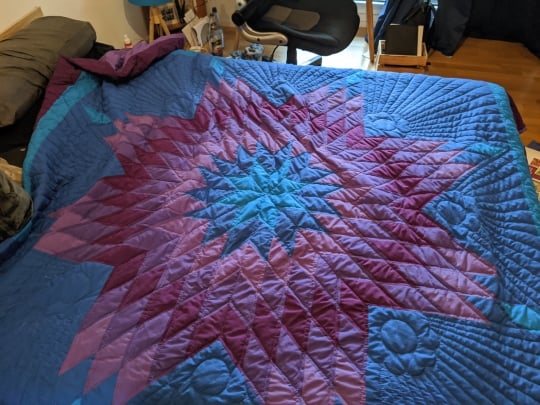 The quilt was sold to me by Ms. Troyer, who had a distinctive southern accent (I’d guess Kentucky, but I’m not that good at accents). Interestingly, I recently plucked two crossed pins out from the insides of the quilt and wondered for a moment if that could be some kind of signature 🙂 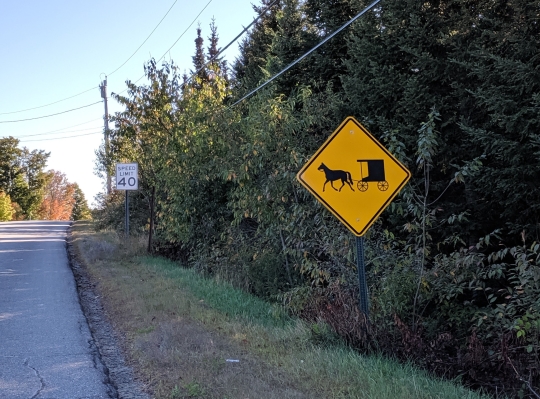 Jillian also shares this: We didn’t ask where they were from (the only person we actually spoke with was Katie Troyer) but some friends of my family who bought a stove from another family said they’re all recent migrants from the South/Midwest (no more specifics I’m afraid). The products on sale were very Maine-oriented though! Anadama bread, apple butter, stuff I grew up with. Also, Katie’s dog was named Whisky, which I thought was kind of funny.

So it sounds like the settlement has attracted Amish from other regions besides New York. If you’d like to read more, here are two more articles – on its founding and growth.

Thanks to Jillian for sharing her visit with us. If you’ve visited an Amish settlement and would like to share with us too, feel free to email me (ewesner[at]gmail[dot]com).