Photographer Don Burke has been taking pictures of the Amish for many years, and we have featured his photos here on the site on many occasions since 2014. Don has kindly answered some questions about his photos, interest in the Amish, what the Amish think, and more. This is part one of a two-part interview.

Amish America: How long have you been a photographer? Are you a “professional” photographer – is this your regular job?

Don Burke: I bought my first “real” camera (35mm film) back in 1986, so I guess that is where the journey began. I am more of an occasional, freelance photographer, so I consider myself more of an enthusiast than a professional. But photography is just a sideline interest – my “real job” is pastoring a country church in the Missouri Ozarks.

Amish America: How long have you been taking Amish-related pictures?

Don Burke: As my wife and I have shared in a previous Amish America post, my interest in the Amish began with our first trip to Amish country (Holmes County, Ohio) and Lancaster County in 2010. 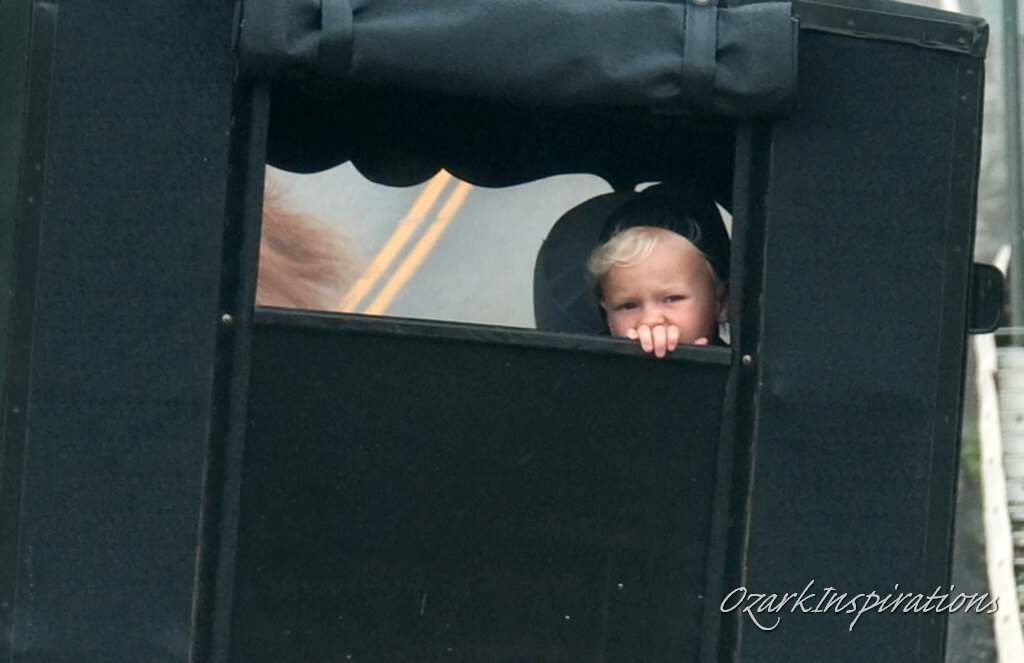 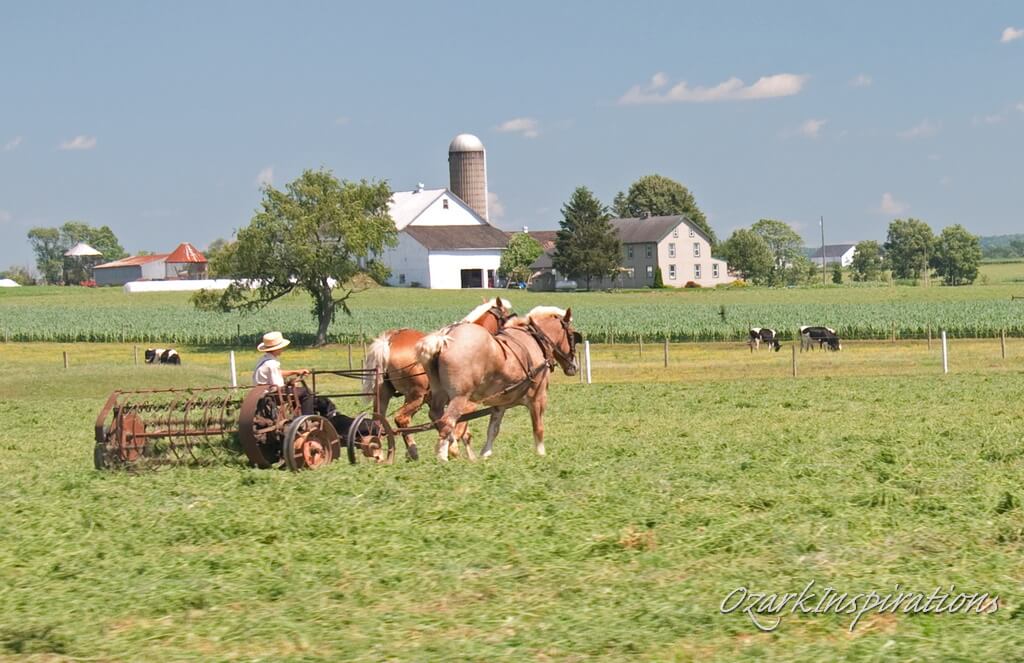 How many Amish communities have you visited and how many pictures have you taken there?

I have a total of over 32,000 edited pictures in my digital library to date, and the images taken in Amish communities make up at least a quarter of that.  At last count I’ve been to some 53 settlements in 11 states. And of course a number of these I’ve been to more than once. 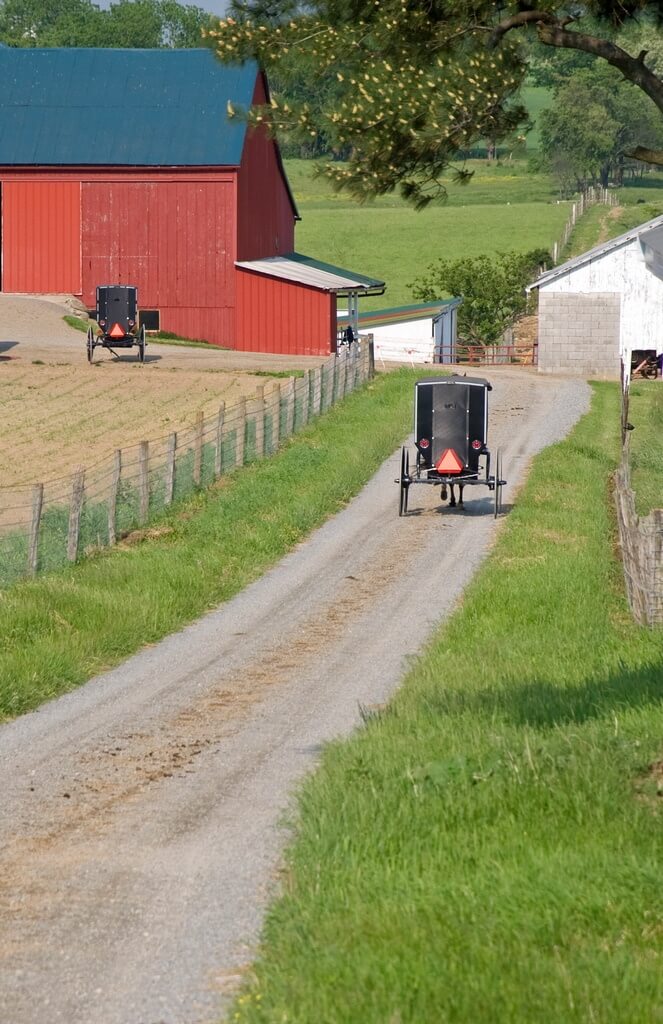 Where are some of the specific places you’ve visited, and which ones have you enjoyed the most?

Because our early trips were focused on areas my wife had read about in Amish fiction, we’ve hit many of the “big attraction” spots – Holmes Co., Lancaster Co., Shipshewana. These were interesting, and provided us a chance to learn a lot about the Amish in places which particularly cater to the Amish-curious. And these also provided me with many photo ops. 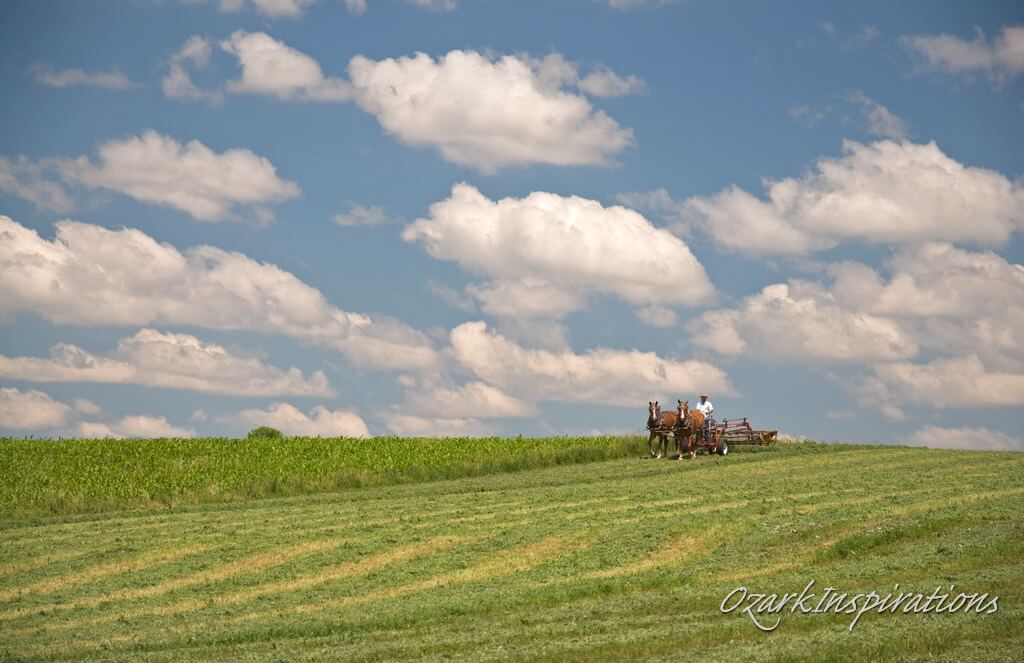 But to be honest, the popular touristy-driven locations are really not my favorites. In fact, when visiting Berlin, Ohio (Holmes Co.) the second time, I told my wife it felt like I was in an Amish theme park. I instead prefer visiting a place where the plain folk are in a more traditional plain setting. And because of that, places like Mt. Hope (OH) and Jamesport (MO) are more what I enjoy.

Fifty-three Amish communities is a lot. What motivates your interest in taking so many pictures of so many Amish places?

There are a lot of components that go into it. Earlier on, being a Baptist pastor I am interested in learning more about the religious practices of other groups, and especially of those (like Anabaptists) that may share some common lineage with my own. And of course as a freelance photographer, taking pictures of whatever may interest me at the moment is just par for the course.

But the biggest draw is just the culture. That includes the Amish culture in general, as well as ways that local culture and practices differ from one Amish community to another. Pictures allow me to take my time to ponder and appreciate aspects of their culture without just gawking at them from my car or on the sidewalk. 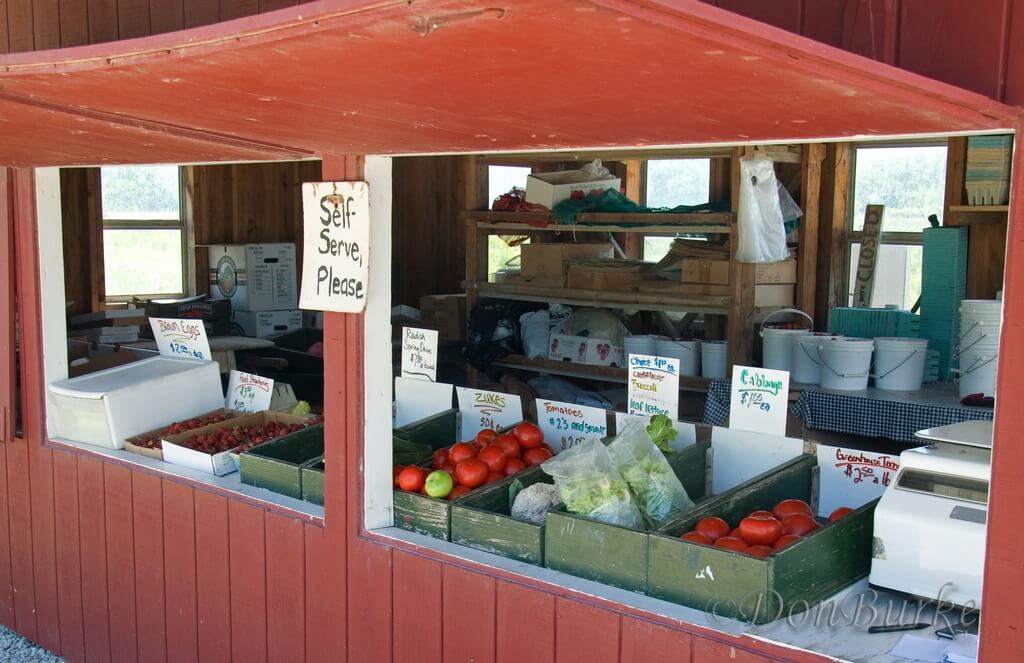 Another significant motivation is that pictures are the best way to share a glimpse of the Amish world with people who are not able to see it in person. We tremendously enjoy taking the opportunity to visit Amish areas, but there are some folks who just simply do not have that chance due to time, health, distance, or other limitations. Through the years I have had so many people thank me for allowing them to share in what they will never be able to experience in person.

What do Amish think about having their pictures taken? And what do you say to the statement that Amish don’t want to be photographed?

My wife and I were getting ready to make our first Amish trip. Based upon her extensive reading about the Amish, she fore-warned her Amish-newbie freelance-photographer husband (me) that the Amish are reluctant about having their pictures taken. Then on our very first day in Amish country (Holmes Co.), meeting the very first Amish man I had ever spoken to in my life, one of his very first words to us was to ask if we wanted to take pictures of his children. He then also confided that while he really wasn’t supposed to, on occasions he would stage pictures – at times with himself in the pictures – for a particular photographer who used the pictures for postcards. So much for the idea that all Amish are against pictures. 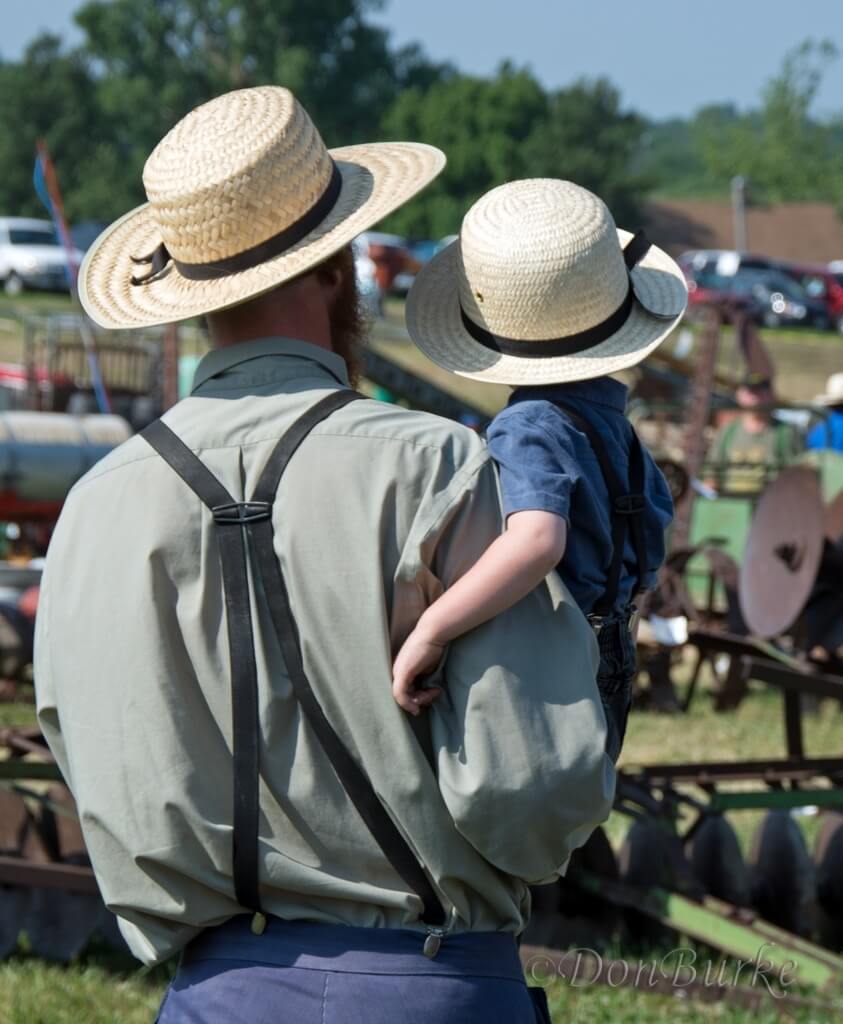 A couple of years later we discovered an Amish B&B where we stayed with an Amish family on their 100 acre row-crop and dairy farm (Mt. Hope, OH). Not wanting to miss out on a tremendous photo opportunity, yet also not wishing to do anything that would make our hosts uneasy, I asked what was okay to take pictures of. They said we could take pictures of anything and anyone we wanted to, and just noted that the family didn’t stop and pose for pictures. 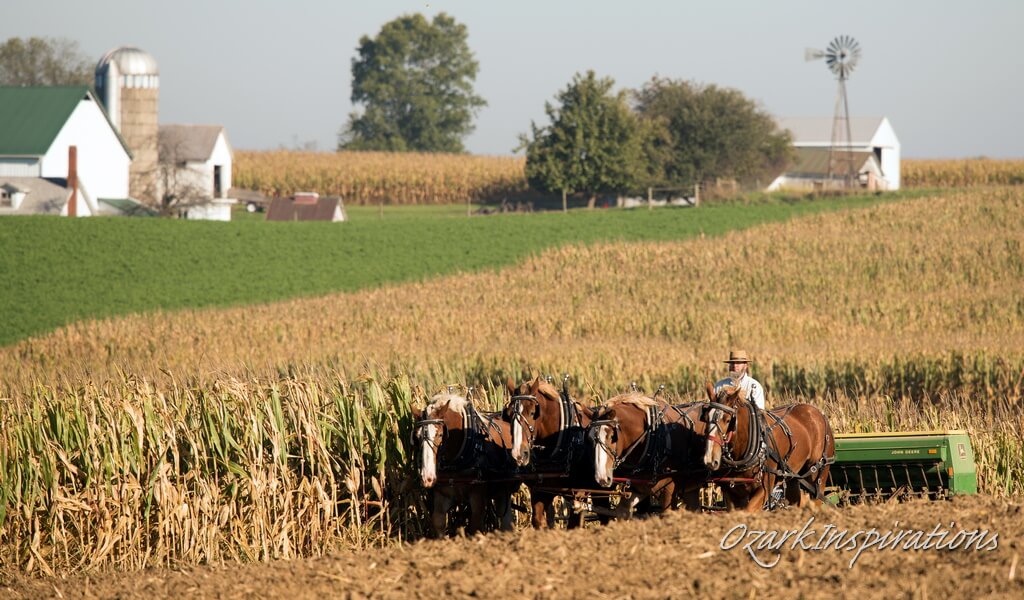 Then the following year at a huge school auction (Jamesport, MO) which brought Amish in from numerous communities even out of state, I talked with an older Amish gentleman who was likely in his 70s or even 80s. In the course of our conversation I explained that I was still new to things like this, and would appreciate any guidelines on what the Amish considered acceptable and what was not. This older gentleman summed it all up into two pointers: (1) Don’t gawk; and (2) don’t get up into anyone’s face with it (what we might call getting into their personal space). And with those two “rules,” I should be okay. 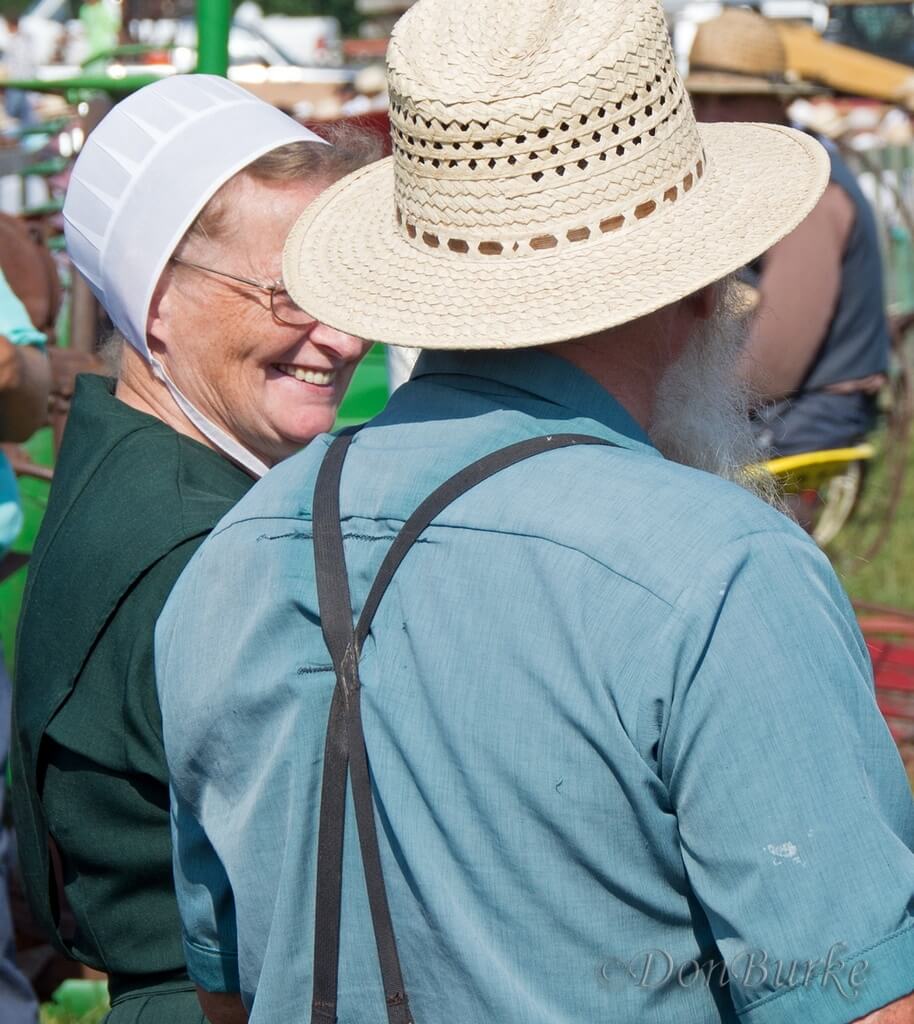 On yet another occasion I asked a once-Amish friend what was acceptable to the typical Amish person. Her reply was that many Amish will turn away when they notice they are being photographed, but for most of them it isn’t because they take issue with it personally, but rather because their bishop has made it a rule that they do it.

However, I’ve experienced a couple situations on the other end of the spectrum, too. A young Amish man in Tennessee said something to me after I took a picture of the family home. (I hadn’t realized there was even anyone around to ask.) And at another Tennessee settlement a young teen operating a hay cutter voiced his disapproval as he saw me take a few shots from inside a car my friend was driving down the nearby public road.

Someone has made this insightful observation about the Amish: The only thing that is the same among all the Amish is that they are all different. Just because one thing is one way with one Amish person or community, doesn’t mean that it is true with the next one, or the one after that. And that general principle applies to pictures, too.

So what do I say about someone who says that Amish don’t want to be photographed? When I hear such a blanket statement criticizing us – and often quite rudely – for taking pictures, well, I just know they don’t know the full picture, and I weigh their criticism accordingly. And I would ask that while I may not have come to the same final conclusion on taking pictures of the Amish that these critics have, please realize that doesn’t mean that I don’t care or that I haven’t put a lot of thought into my decision. I would hope they would allow me the latitude to do what I believe is acceptable without the criticism and rude remarks. 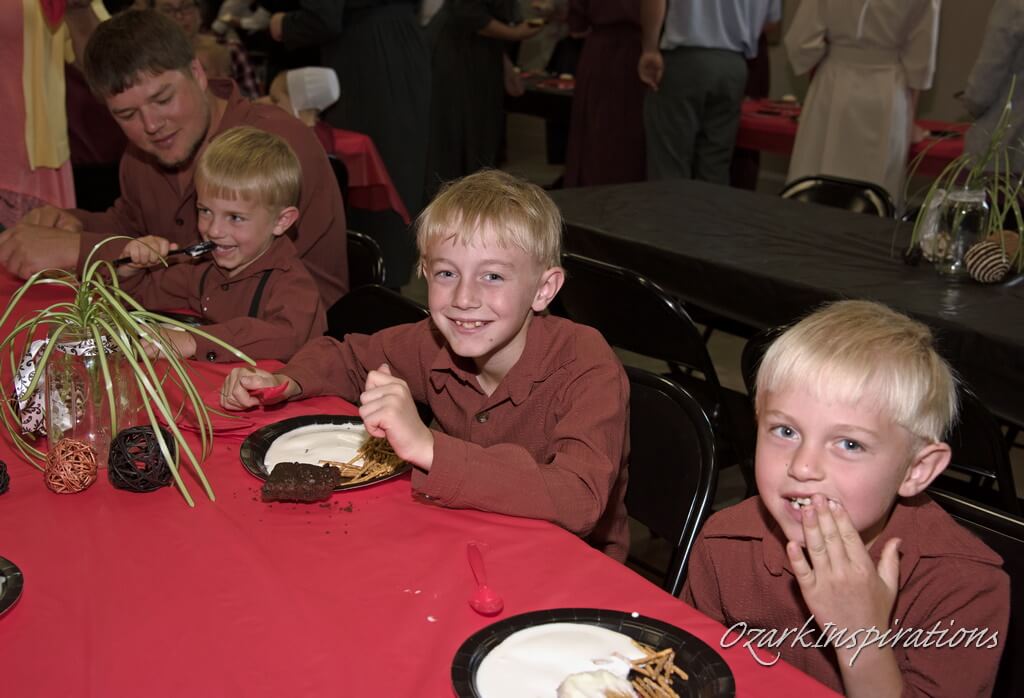 You mention noticing the ways that Amish communities differ from one another. What are some noteworthy differences you’ve noticed?

Oh my – way too many to detail all of them here. But some of the differences include: 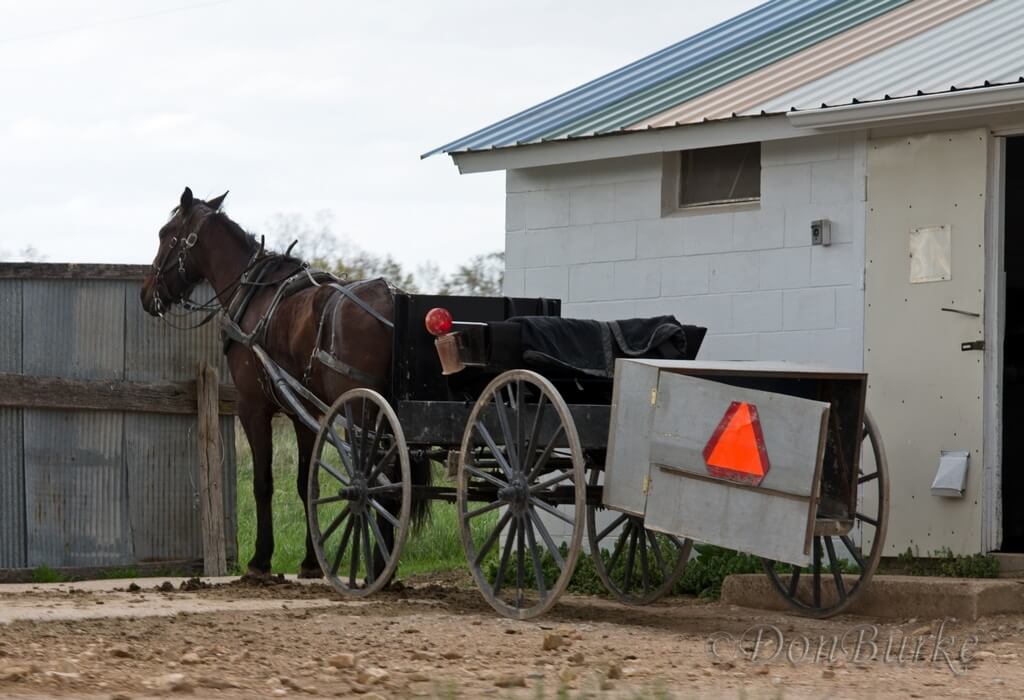 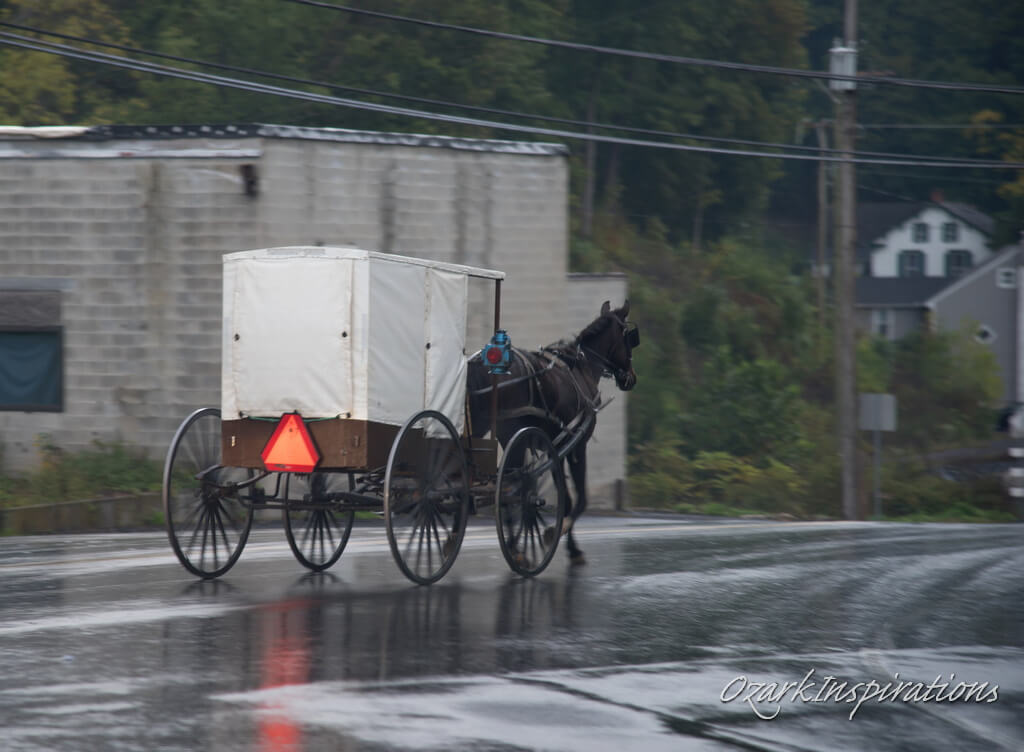 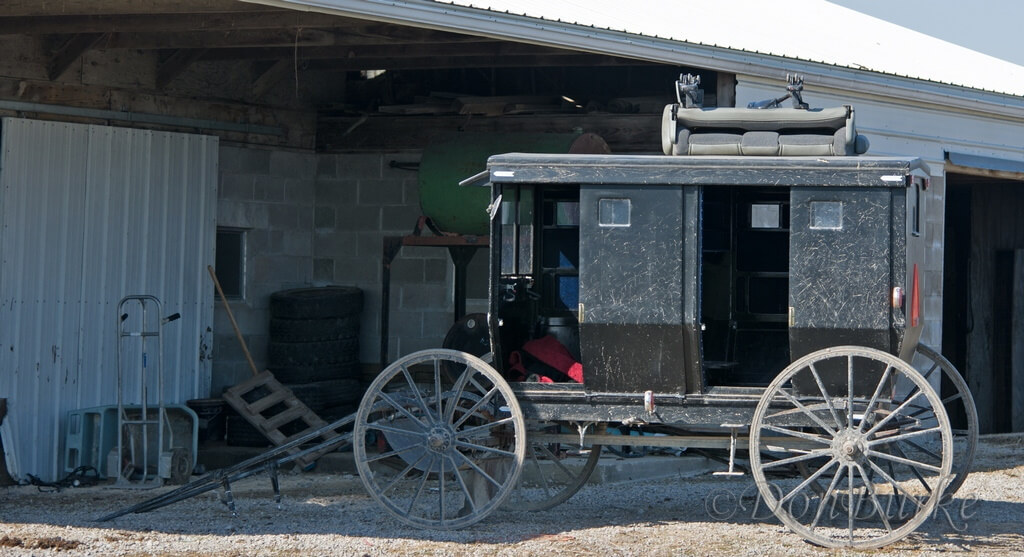 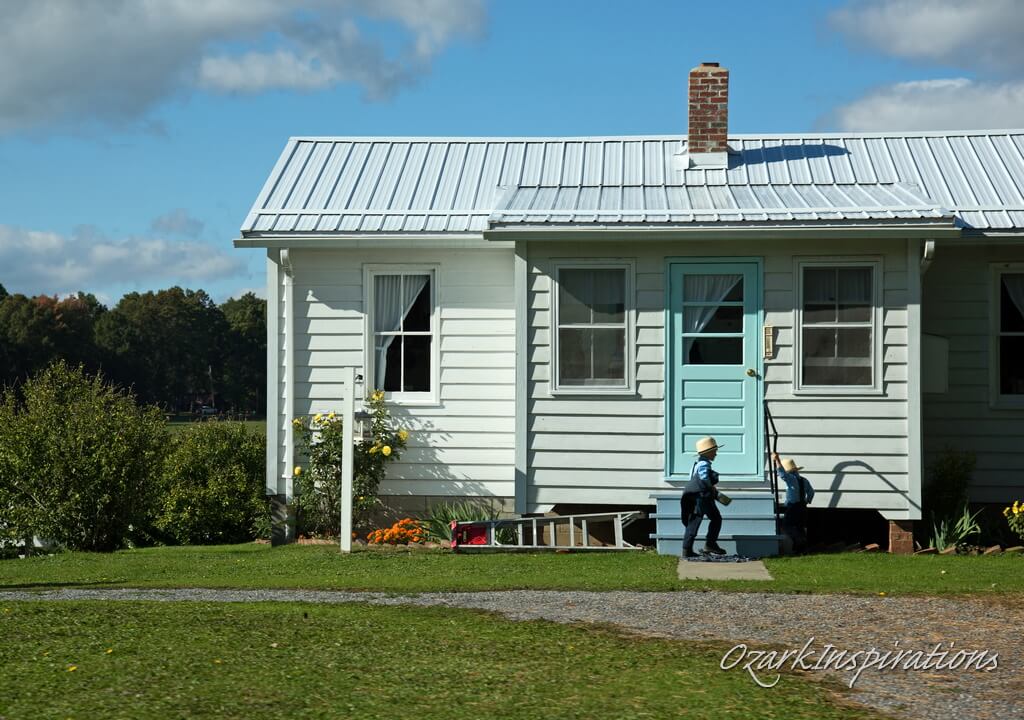 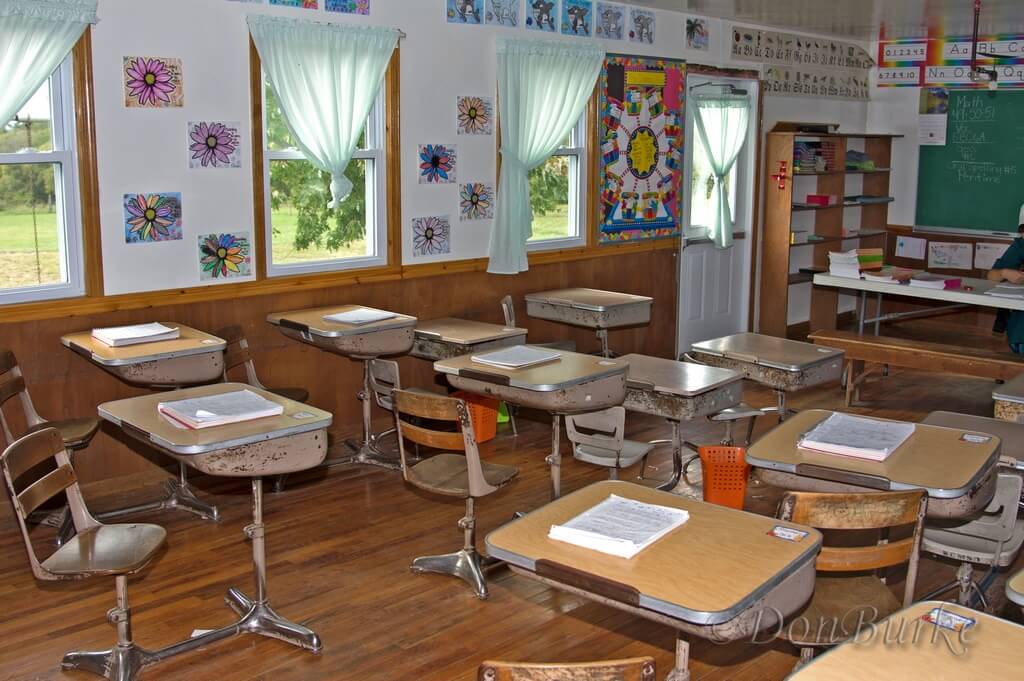 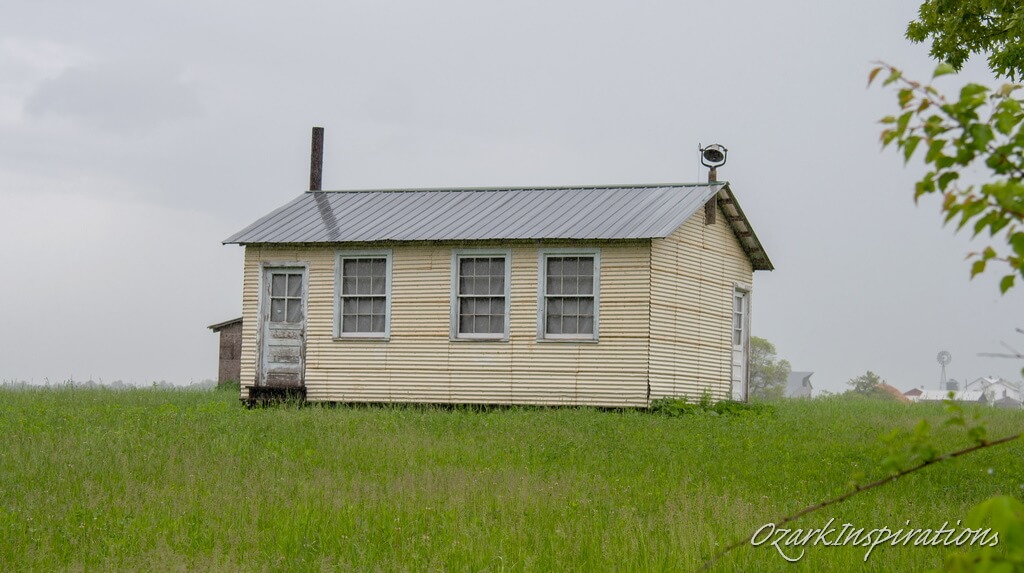 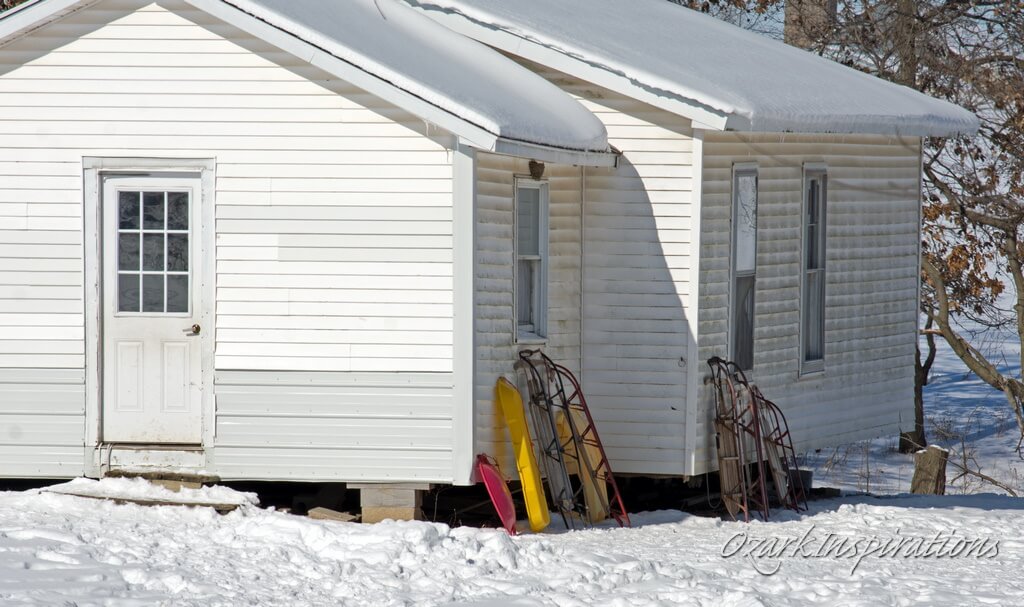 Businesses – The types of businesses and/or products sold can sometimes vary from place to place; 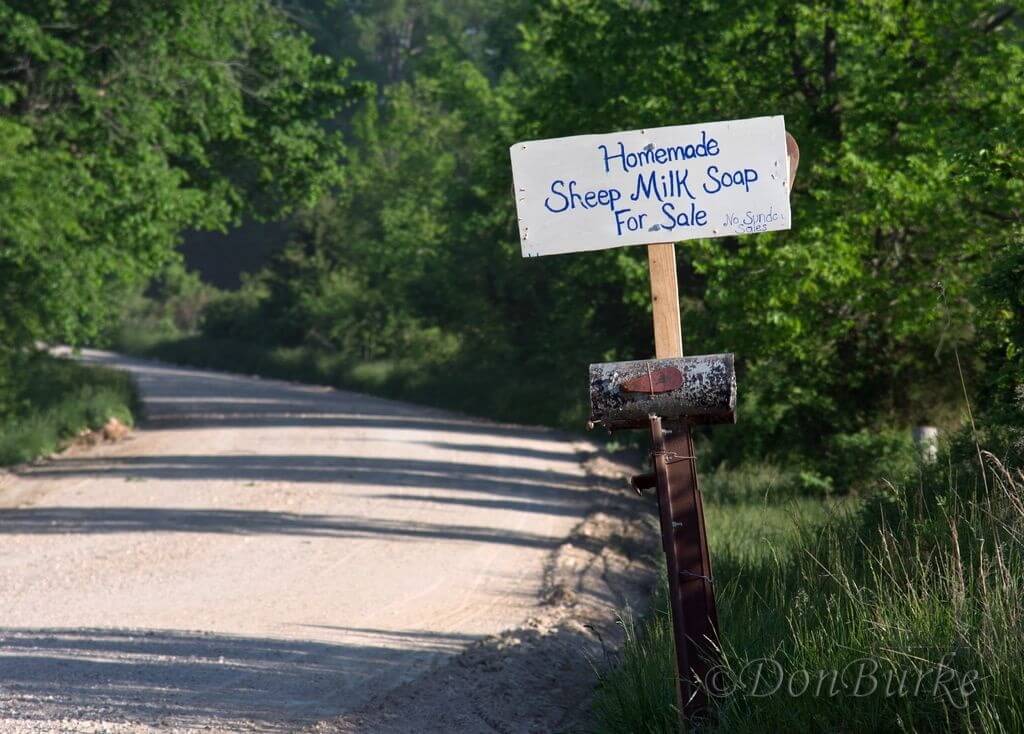 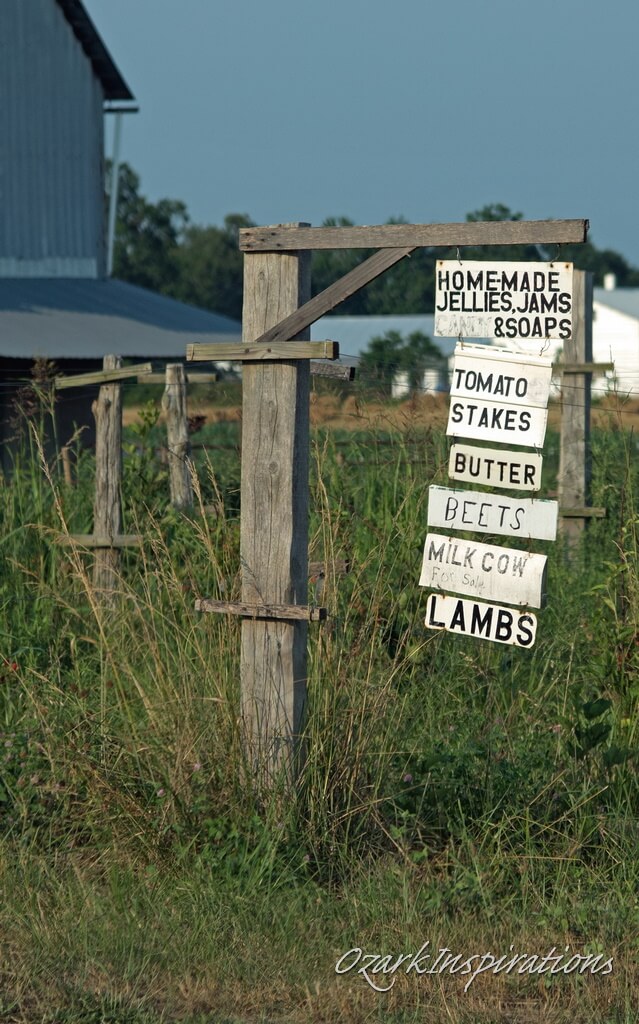 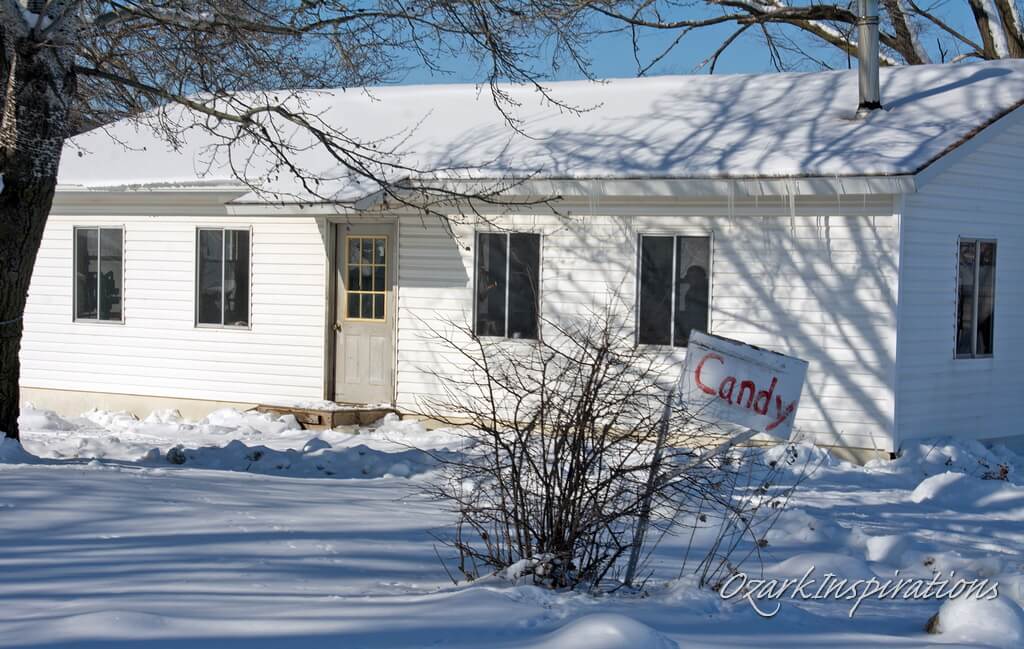 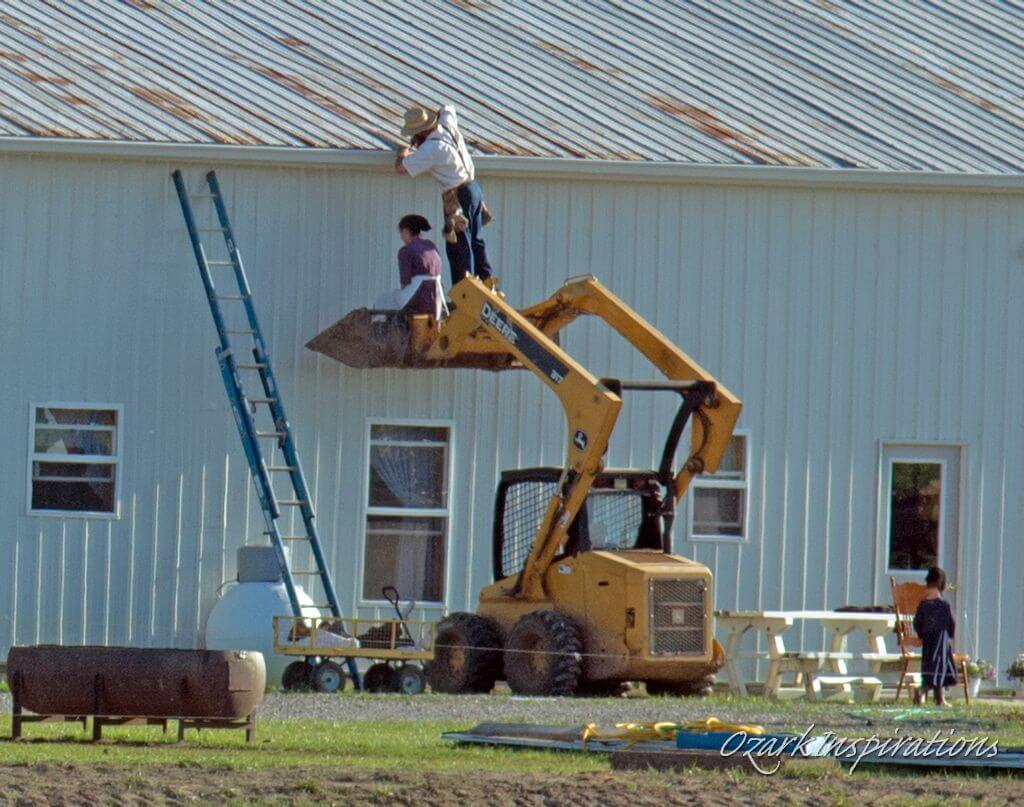 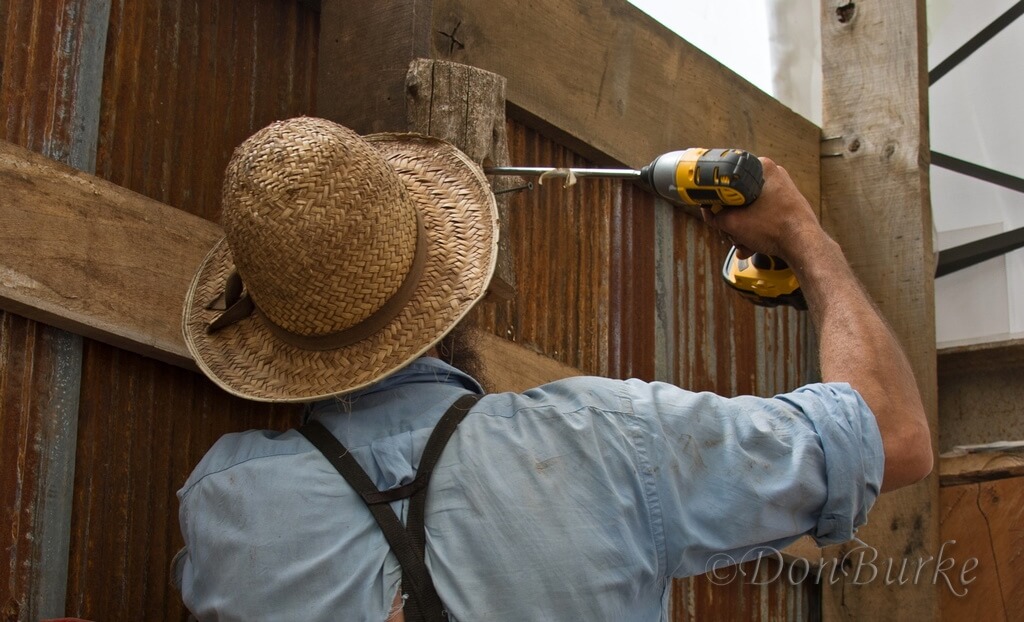 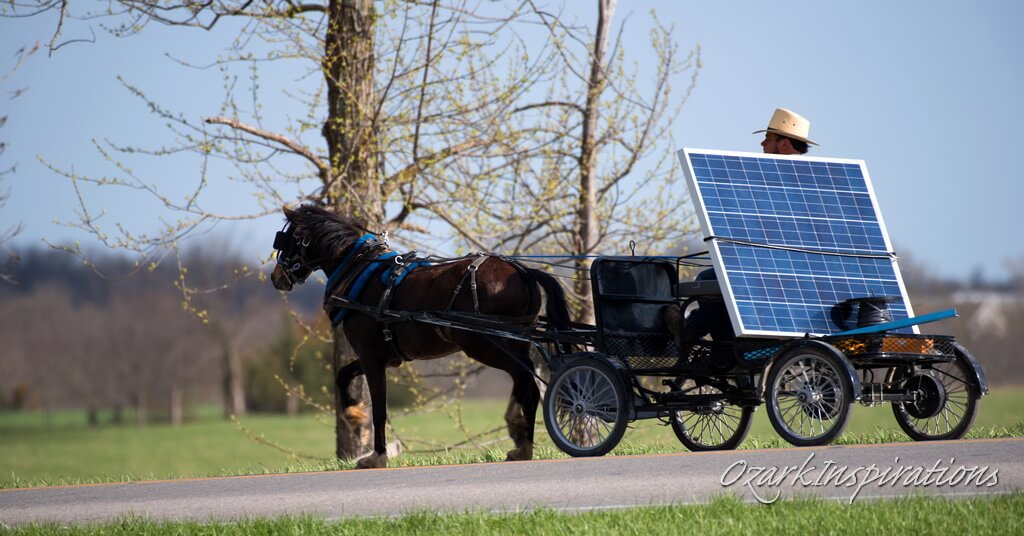