Amish in Lenawee County, Michigan were told they had until last Friday to leave their homes – due to “unsafe living conditions.”

This comes after a years-long conflict between the county’s Amish and local authorities. 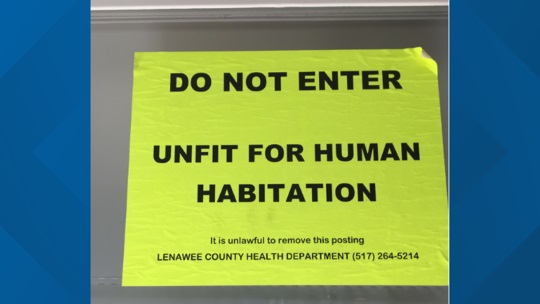 Here’s a summary of the story til now, from WTOL:

The first group arrived four years ago after branching off from an Amish community in Camden. They bought a few plots of land, built homes, barns and tilled the land to make it suitable for farming. Not long after, they were surprised by an inspection from the Lenawee County Health Department and were soon told that their outhouses, water wells and hand pumps in place of running water and indoor plumbing were a violation of county code. However, the requirements laid out by the county directly conflict with strict tenets of their conservative religion.

Monthly letters were sent in 2016 and 2017 before the department sat down with the community’s bishop. No resolution was made. A final letter was sent in January 2019, and months after that a notice was put on each of their doors, stating the dwellings were “unfit for human habitation.” That document gave them 30 days to leave or face the penalty of a $500 and/or up to 90 days in jail. Those 30 days ran out on Friday, with no solution in sight.

The Camden community, which is the parent settlement here, has some roots in the Swiss Amish, though I’m not sure if they are or are not considered a Swiss settlement today (some Swiss Amish churches are among the materially plainer Amish). 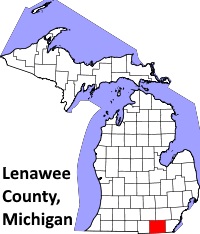 Allies of the Amish are showing support and hoping for a compromise. The article notes that the applicable sections of the county health code are “a bit vague”  and that part of the code provides some “wiggle room” – allowing individual variances under certain conditions, including that “No substantial health hazard or nuisance is likely to occur there from”.

For their part, one Amish person says that their water has been tested and declared safe.

Why are they resisting change here?

One Amish person in the community “said they believe even minor fluctuations in what this community allows for themselves can have major implications.” Small changes can soon lead to bigger ones, the thinking goes.

We’ve seen this type of conflict play out before in various forms in other communities.

In fact, sewage and wastewater disposal-related issues come up frequently enough that I’d think of these as similarly common to SMV triangle and horse manure issues.

These include the outhouse conflicts in Ohio and Kansas, the electric-powered sewer case in Pennsylvania, a dispute over both plumbing and smoke detectors in Wisconsin, and the ongoing Minnesota gray water case.

Have any Amish actually been evicted from their homes? The answer is no, at least at this point. Here’s how things stand:

The 30-day notice as marked is up on Friday. Technically, if they do not leave or comply with what the county wants, they could be jailed or fined. As of this writing, the community has not been evicted.

Some neighbors and advocates are working to find a solution, but it seems like no official plan of action is in place. When asked, one homeowner said that for now, his plan is to pray. He was adamant that his community isn’t out to do any damage or cause any trouble. They just want to be left alone and live in peace.

Will authorities actually kick Amish out of their homes?

Or put them in jail?

Seems that would be an awful and ugly “resolution” to the matter.

I realize “Unfit For Human Habitation” is boilerplate health code language, but it still sounds pretty arrogant when we know that Amish can live just fine in their homes as they have done for ages.

They may not align with the comfort and luxuries non-Amish expect in their own homes, but if the way the Amish do things were resulting in them getting sick and living in misery, I think they’d manage to figure that out and correct the matter.

But obviously that’s not the case. They are living just fine in their own way – as they have for decades in the state (their parent community of Camden was founded in 1956).

I believe the more relevant question to the County’s interests is whether the way the Amish are handling waste and water is a threat to other residents of the community.