Are the Amish starting to pay more attention to a state they have – til now – mostly ignored? A new community in West Virginia appears to be the latest example of a fresh trend of migration to the state.

West Virginia lies wedged between Ohio and Pennsylvania, the two biggest Amish-population states. But for most of its history, it’s had little Amish settlement. 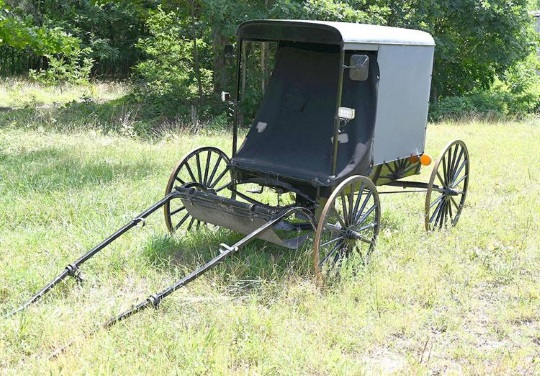 And now there is a third, meaning the number of Mountain State Amish communities has doubled in less than two years, from three to six.

This article in the Hampshire Review is behind a paywall, but gives us a brief look at the new community, which has been settled by Amish from (drum roll…) Lancaster County.

The site is near the hamlet of Points, in Hampshire County. 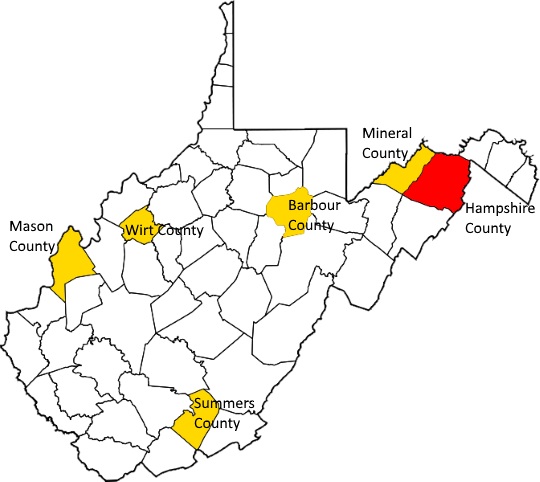 This is in the eastern “hook” end of the state, so it’s about as close as you will get to Lancaster County (not quite a 3.5-hour car ride to the town of Bird-in-Hand). From the article:

Gentrification has come to their former homes in Lancaster County, and they have come to Hampshire County in search of lower taxes and less regulation, though they have found building codes more restrictive than they had expected.

They live simply, dress plainly and avoid modern technology of any kind, and they hope to fit quietly into Hampshire County.

“We usually like to stay by ourselves,” one said, while saying what nice people her new neighbors seem to be.

While it seems they’ve gotten a warm welcome, there are two problems:

One is the speed of the traffic on Jersey Mountain Road, where there is little room for pedestrians or bicyclists to get off to the side.

Speeding cars may also pose a danger to the horses and buggies they will use for transportation.

When members of their group met with the county planning commission in May, they suggested putting strobe lights on buggy tops, plus red flasher lights on the sides, to make their vehicles more readily seen. They will turn the strobe lights off after dark, so as not to blind drivers.

A second problem is the county building code requirement that housing have electricity — completely alien to their way of life. They are not sure how they will deal with this.

It was a surprise, since they were aware that Amish settlers in neighboring Mineral County have not been required to install electric and discovered only after making plans to settle here that it is a Hampshire County requirement.

It seems they are working towards a solution for the electrical issue. If the Amish can get comfortable with the idea, they could install electrical systems, but leave the power switched off. Some Amish do build houses with electrical wiring, in the event that they would sell or rent the home to a non-Amish party.

Amish first settled in West Virginia almost 170 years ago. While that community lasted nearly a century before going extinct, others founded elsewhere at the time went in the opposite direction – becoming thriving and seemingly permanent Amish spots on the map. Relatively few Amish have tried to settle the Mountain State in the ensuing years.

Why has present-day West Virginia lagged in Amish settlements? In recent years neighboring Kentucky has drawn Amish by the buggyloads. Upstate New York has been another hot spot.

Perhaps this is because West Virginia is not a traditional dairy farming state, with a much heavier focus on cattle (the WV cattle industry dwarfs dairy farming, with recent figures showing 380,000 head of cattle to just 9,000 dairy cows).

Much of it is hilly and mountainous terrain, so less appealing for a buggy driver. In contrast, New York has the advantage of a long dairying tradition, and many vacant farms have become available.

That noted, Amish are much less dairy-dependent than they once were. A raft of new occupations including small shops and businesses, as well as alternative farming, provide ways of making a living that their grandfathers’ generation would have lacked.

Perhaps these possibilities – and the potential success of this new crop of settlements in the state – will mean migration-minded Amish start looking more closely at West Virginia as a place to call home.