An Amish boy in Highland County, Ohio was diagnosed with Hepatitis A on March 21. Due to the close-knit nature of Amish communities, and their overall lower vaccination rates, this posed a particular threat. 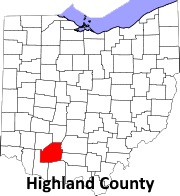 But swift action by health department officials, and cooperation by the Amish community seems to have stopped a potential outbreak.

Warner said health department nurses met with the Amish school administrator where the patient attended and discussed the issue.

“(They) said, ‘Hey, here’s what hepatitis A is, here’s how it’s spread, here’s our concerns for what might happen and here’s how you can protect yourself,’” Warner said.

Warner said the vaccine is “very effective,” with just the first course providing more than 95 percent protection from the virus, and the second dose bringing the patient to essentially 100-percent immunity.

“Our initial push to the Amish was ‘Let’s get everyone exposed to this vaccine so they don’t have any issues,’” Warner said.

According to Warner, Amish leadership decided the vaccine could be offered to any family that was interested.

“Within a week of us knowing that we had an Amish boy with hepatitis A, we immunized 274 local people in the Amish community,” said Warner.

The department exhausted its own vaccine supply, which was supplemented by nearby counties. Vaccinations of Amish families continued into last week. 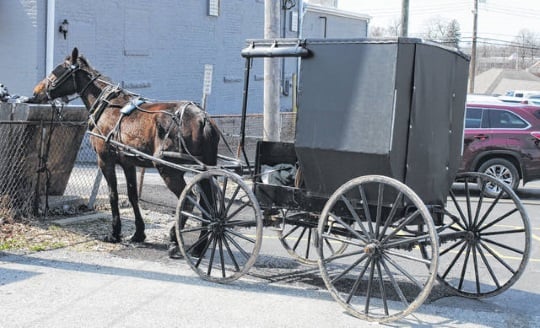 There are several Amish communities in Highland County, and this one is unnamed in the article. None are larger than two or three church districts in size*.

Going by typical church district sizes, this would mean in the ballpark of 300-400 Amish. So this suggests the vast majority of the settlement (if it’s just one involved) have been vaccinated.

If the Amish being vaccinated come from more than one of the county’s communities, that percentage is obviously going to be lower.

This recalls the biggest-to-date Amish vaccination story. In 2014 an Amish missionary (from an Amish group which permits air travel) brought back measles from the Phillipines. Several hundred members of the Holmes County community were subsequently infected. Over 8,000 Amish in Ohio were vaccinated in response.

Usually you hear about Amish and vaccinations in the context of an unvaccinated community responding to a potential public health threat.

Why do Amish vaccinate at lower levels? This comes down to a few factors – not understanding the benefits, distrust over safety, and religious grounds. More on that here.

Often when these cases occurs, its seems the Amish respond by undergoing wholesale immunizations. See examples of whooping cough in Missouri or polio in Minnesota.

On the other hand, the example of the Dover, Delaware Amish seems to suggest otherwise, with that community having been struck by whooping cough three times in the past 15 years.

But do recurring stories like this one mean Amish are more widely adopting the idea that vaccines are a good thing, and that they should be more broadly vaccinated for other diseases as well?

I don’t know the answer, though I’d lean skeptical. It still seems like this is being approached from a reactive rather than proactive frame.

I’ll be attending the Amish Health & Well-Being Conference in June at the Young Center. This is one topic I’m hoping to learn more about.