Be Careful Around Buggies If Your Vehicle Is Loud

There is a certain type of driver who likes gunning his engine and waking up the residents of the local graveyard when passing through town.

That driver is unlikely to heed the warning of this post.

But others who drive vehicles louder than a typical car would do well to keep the lesson drawn here in mind when around buggies.

A week after the logging truck accident, we have another accident in Pennsylvania involving a large truck. 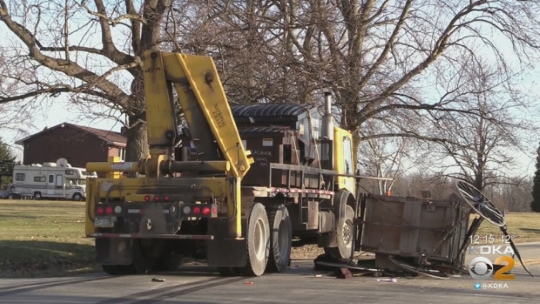 In this case, the horse was startled by the loud noise of a garbage truck, and turned in front of it, causing an accident:

A teenage driver was hurt; the horse had to be put down.

Officials say the garbage truck was heading north when its loud rumble spooked the horse.

The horse darted out in front of the truck, and had to be put down at the scene.

Three people were in the buggy, two adults, a teenager and three children.

Officials say only the teen suffered injuries. He was taken to a nearby hospital to be treated. His condition has not been released.

I don’t write this to cast blame upon the garbage truck driver. Thankfully only the horse lost its life, though that is horrible enough. And hopefully the teen’s injuries will be ones that he can recover swiftly from.

I found this accident to be post-worthy because it brings up a good point.

Drivers of abnormally loud vehicles – including things like motorcycles, large trucks, and cars with souped-up engines – would do well to avoid suddenly engaging their motors at full bore around Amish buggies. Or roaring up on one from behind.

A horse can be trained well, but a loud unexpected sound can still lead to something ugly and awful like this.


Especially nowadays, as cars have become relatively quieter (and some, like electric vehicles, nearly silent).

This accident happened in the New Wilmington Amish community. A month ago, a pickup truck struck a buggy there, though no one was hurt in that accident.