It was just three months ago that three young Amish siblings were killed in a buggy crash in southern Michigan.

Tragically, the story has repeated itself, in another part of the state.

This time, it seems alcohol was not involved.

The driver struck the children’s buggy as they returned home from school.

In Wednesday’s crash, the four Amish siblings were in the buggy traveling home from school about 3:20 p.m. when a vehicle struck them from behind on Vermontville Highway near Bradley Road in Chester Township, Eaton County Sheriff Tom Reich said.

An elderly man who was driving the motor vehicle was taken to a hospital for evaluation, the sheriff said.

“It’s a horrible, horrible tragedy,” Reich said. “My heart goes out to the family.”

In a news release, officials said sheriff’s detectives and the Eaton County Sheriff’s Office Crash Reconstruction Team are investigating the crash. Victim advocates are assisting the family, “and we will continue to provide our support and resources. We grieve with them,” the release said. 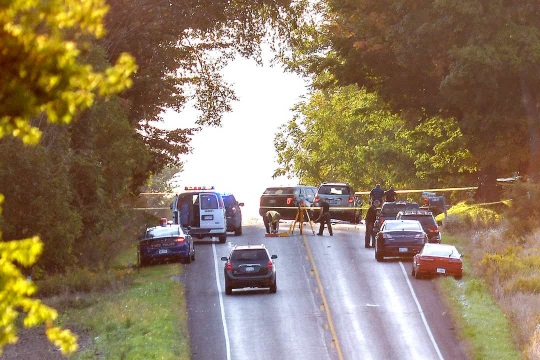 A visibly upset man named Kevin Newton, who drives for Amish families, spoke to the media:

Kevin Newton, who lives in the area where the crash occurred and drives for the Amish, said he was on his way home when he received a phone call about the crash.

“I bawled all the way home,” said Newton, who said he knew the three children killed in the crash. “They’ve got to do something, pass a law or something. They should have more signs out (alerting drivers about buggies).”

This video shows the children’s school, the community, and more comments from several non-Amish residents, including Newton:

Are these accidents preventable? What can be done? Would signs and new laws make a difference? 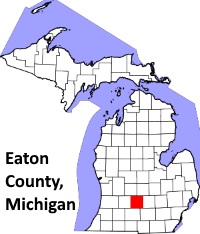 I would think the driver was a local person, who would already be aware of Amish living in the area.

Indeed, Amish have lived in Eaton County for over 40 years.

It’s not like this is a new settlement of just a handful of people, which locals are just now becoming aware of.

There are three church districts in this community. So that could mean anywhere from 60-120 Amish households, and hundreds of Amish people living here for decades.

Here’s my 30-second summary of them:

I’d add another which I’d consider very important: Slow down when going over hills in Amish areas.

It looks by the photos that this may have happened near a hilltop.

It’s not uncommon to top a hill and then find a buggy just over it, right out of sight.

Prayers for the family and community facing this huge loss.