Amish Seventh-Day Adventists? A Look At The West Salem Mission

Do you remember the “Amish Seventh-Day Adventists“?

Andy and Naomi Weaver, former members of a Swartzentruber Amish church, were featured in a post here two years ago.

They had been interviewed for an article and Seventh-day Adventist television program, telling the story of how they left the Amish for the Adventist faith. 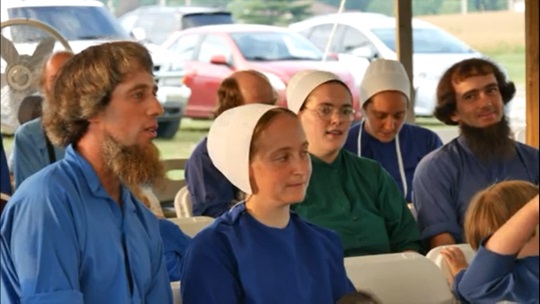 Not long ago I came across another video on YouTube connected with the Weavers. This is on the West Salem Mission, Andy and Naomi’s church.

In it, the narrator briefly describes Amish life, and then notes that “the hearts of many of them are struggling.”

As a result, “the Amish church has been shaken to its very foundations, and many are leaving its fold.”

The video paints a bleak picture of life in an Amish church, describing how many are yearning for something more, breaking the rules openly or secretly.

But, if they leave their communities, they lack the support and knowledge to make it in a modern world.

“And that is where the West Salem Mission comes in” the narrator explains, as the video abruptly changes tone.

The video is titled “West Salem Mission Promo”. Clearly they are reaching out to the local Swartzentruber community (the church lies in the midst of the Lodi, Ohio Amish, one of the largest Swartzentruber settlements).

In fact, this is the main objective of the church as described in the Google search results (“The West Salem Mission is dedicated to providing the Amish who are leaving the Amish church with truth and comfort.”) 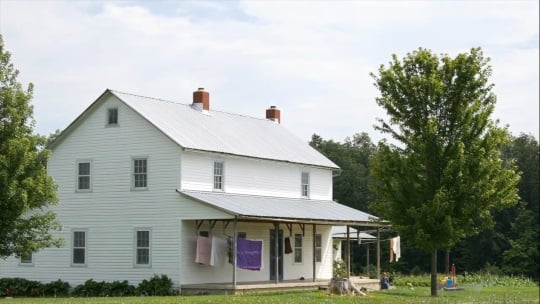 “Its purpose is to reach the Amish in the community who may be struggling, by giving them spiritual help,” the narrator explains, “as well as becoming their new companions, as they segregate from the Amish church.”

It’s unclear to me how aggressively they are recruiting Amish out of the church – or if they are simply out there “existing” as a known alternative for Amish potentially dissatisfied within their old community.

Andy Weaver in the original article did say that “God willing, it will be the first Amish Seventh-day Adventist Church that we know of.”

On launch of the church in 2015, the goal was “sharing the Bible’s full message with others in the community.”

Many of the people featured in the video appear to be of an Amish background. 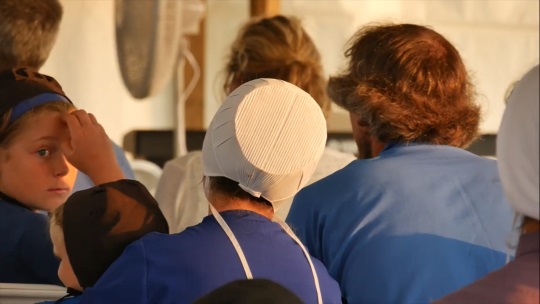 In fact I was struck at how “Amish” in some ways the church feels, at least outwardly.

The members dress in Amish clothing, and sing what seems to be Ausbund hymns. The children’s school has a very plain, Amishesque look to it. “I really liked the Amish lifestyle a lot when I grew up,” says Andy in another video, “but I never found peace in the Amish religion.”

The narrator explains that the church meets every other Saturday – interesting, in that it apparently mimics the every-two-weeks church schedule which Amish are accustomed to.

This, even though Adventists traditionally meet weekly (note: confusingly, the West Salem Mission website says differently, that church is held weekly). Obviously Saturday as worship day is a fundamental difference. 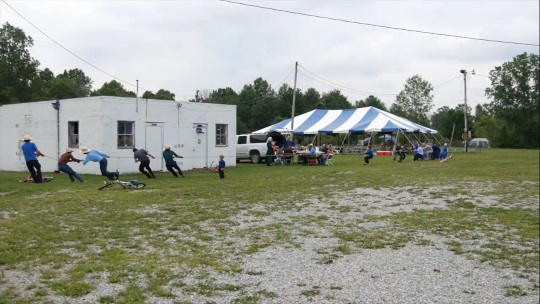 Like the Charity churches or the Latter-Day Saints Amish conversion efforts in Ohio, this is a church presenting itself as a faith home alternative for Amish people who’ve been excommunicated, or are dissatisfied in their current circumstances.

Keeping some of the same cultural and religious traditions – dress, song, and so on – no doubt makes the transition to a different church body easier.

There is comfort in these things, material and cultural familiarities which make adapting different modes of faith and worship easier.

“I…did not really have a problem with the rules,” explains Andy. “I just thought that we should have a closer walk with God.”