Is there such a thing as an “Amish Latter-day Saint”? The video below tells the emotional tales of three Amish families who joined the LDS church. 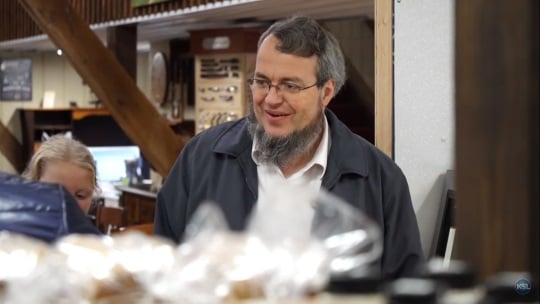 This formulation – Amish + another denomination – is always attention-getting. Especially if you consider “Amish” to be shorthand for “Amish Christian”. In other words, a faith designation.

Can you fuse two faiths into one?

If you consider “Amish” to mean not much more than a lifestyle, or culture, I can see how it makes more sense. But I don’t think that’s how most Amish, at least, view the term.

The story starts with the Weavers, one of three families from Knox County, Ohio featured in the film. 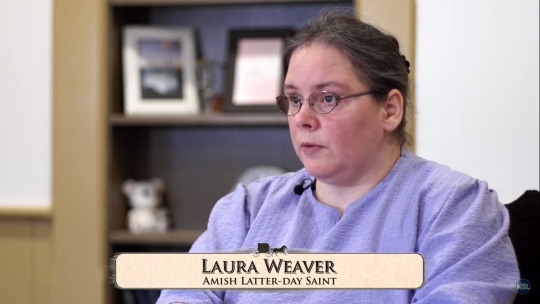 Raymond Weaver explains how he comes across the book The 7 Habits of Highly Effective People. Later he discusses the principles in the book with a customer at his business, who gives him a copy of the Book of Mormon. Raymond reads it over three weeks and becomes engrossed by it.

He next speaks with his wife Laura about baptism, and Laura balks. In response, the narrator explains that “to help Laura understand what he now knew, Raymond taught her about the Book of Mormon, and how it enhanced their traditional Amish beliefs.” 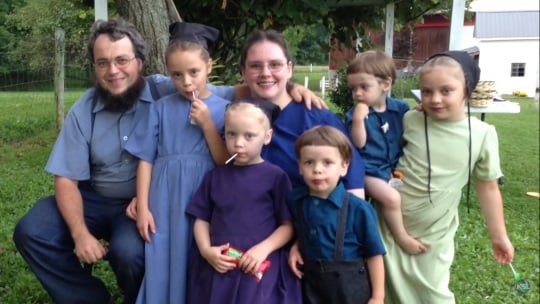 They later meet a missionary and are baptized. Eventually Raymond helps to convert two other Amish families, the Troyers and Hochstetlers.

It’s a powerful and emotional course of events. Several people, both converts and converters, are moved to tears while telling their stories.

But as you might expect there’s not much discussion of the shunning aspect, other than it being an unpleasant thing. They don’t get into why choosing to follow a different faith path might have consequences with the church the families were baptized members in.

Much of the emotion stems from the separation the families face due to this excommunication.

Most striking is Paul and Mary Hochstetler, who have 17 children, nine of whom remained Amish. This has effectively meant, in the words of a former LDS official, that they have “basically lost all of their older kids.”

Paul and Mary are the couple in the middle below. Of the three couples, Raymond and Laura continue to dress in an Amish style, while the other two couples do not. 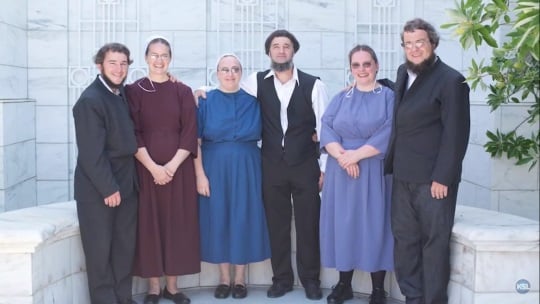 The film as a whole strikes me as part-inspirational, and part-recruiting film. The LDS church members in the film clearly admire aspects of Amish life.

But hints that this is a film meant for evangelization come through in comments like those of one LDS member: “I’ve always felt that if we could take the Amish culture, and the Latter-day Saint culture, and bring them together, it would be the perfect culture.” 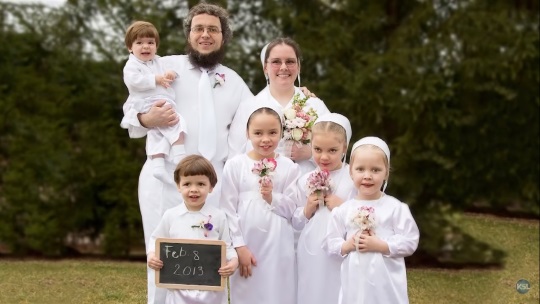 In the end, the families seem to be in a good place. One of the men says “everything that we have faced is very well worth the sacrifice…I wouldn’t trade it for anything.”

Raymond adds that “we realized at this moment that we would be able to be with our family forever. Just the feeling of almost being in heaven.”