With the recent Amish smoke alarm controversy in mind, Tom Geist may very well have found a solution to the problem.

Clearly, Tom has a sense of humor. Apparently the Swartzentruber Amish people he shares this with do too: “They all seem to laugh” says Tom.

As you can see from these photos, this is very low-tech indeed. With the added bonus of being easy-to-construct and highly practical. 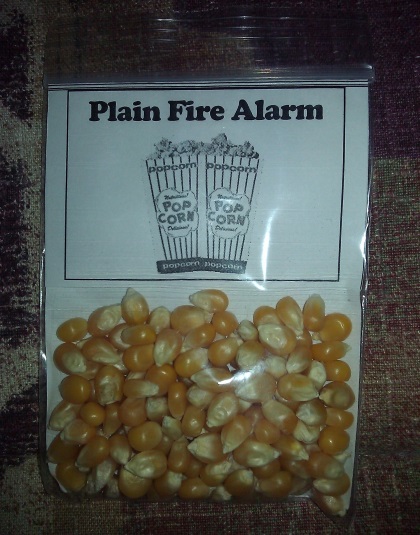 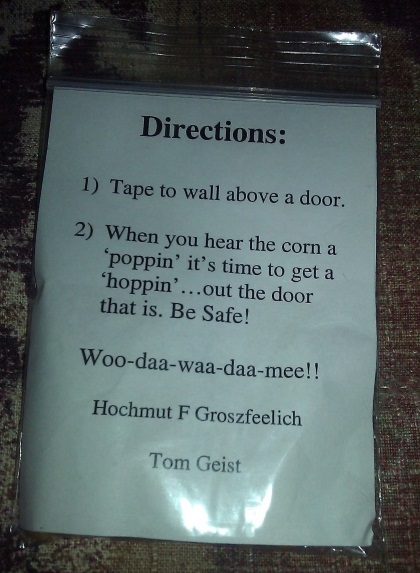 I’m not quite sure what “Woo-daa-waa-daa-mee” means, but I think I like it.

Run with the Amish

This isn’t the first race I’ve seen billed as an “Amish Country” event, with half-marathons happening annually in Lancaster County and Holmes County.

This year’s race will in fact be the fourth edition of the contest held in Adams County, Ohio, home to a settlement of four Amish churches. From the description:

The course takes you through the beautiful Amish community, as well as the country farms of Wheat Ridge, Unity, and Duffy Roads in West Union. Amish children will be at the water stops in front of their schools. Amish families along with others will be all along the course with water and goodies, and to cheer you on

I found a photo of what looks like the medals awarded in a previous year. Pretty neat design, looks at least partially hand-crafted: 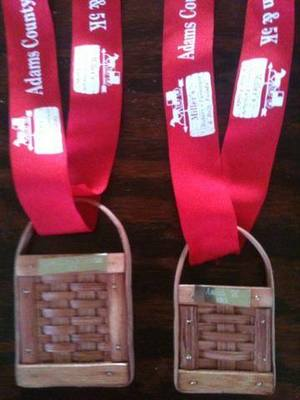 Speaking of sports, winter time is fun time in Amish communities, especially if you can drive a buggy. We’ve already seen examples of buggy snowboarding and buggy skiing, so why not some sledding for the children?

Contributor ShipshewanaIndiana shares this photo of a buggy towing at least a couple of sleds. He says “It was an active day, I think there were 3 or 4 groups running around the neighborhood behind a buggy, a cart and ponies.” 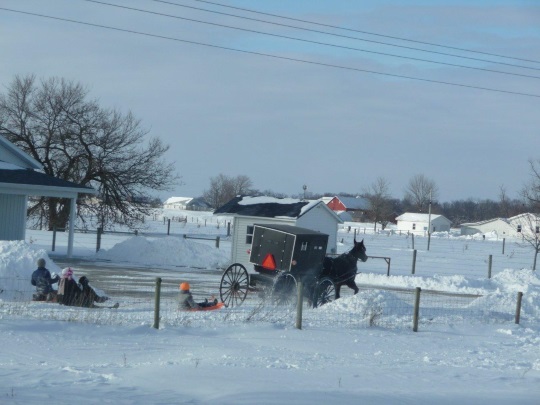 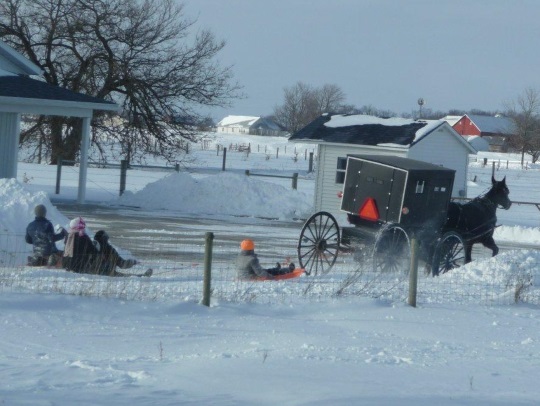