A heartwarming story out of Vernon County, Wisconsin. A man named Bill Markee had a special relationship with the local Amish community. They apparently felt similarly towards him, as you’ll see in this account (via news8000.com):

“My dad was a unique individual who could carry a conversation with anybody,” said Mat Markee.

Born in 1936, William “Bill” Markee considered himself a part of the old world, just like his neighbors.

“Taking the Amish around, giving them rides, working with them close knit. They lived in them old days he was used to,” said Markee.

Bill’s neighbors, who tend to keep to themselves, always made an exception for him — starting with his home.

“Dad wanted to make it big enough for everyone to come here with 12 kids and the Amish did all the work on the place with dad,” said Markee. 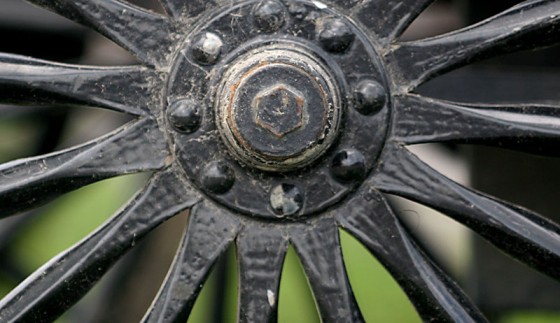 Bill Markee had a last wish as to how he’d make his final journey. And his Amish friends complied:

Before Bill died on December 15th, the veteran had one last wish.

“He always talked about how he wanted to be honored as the old military. Back in the day, they used to haul the soldiers to the grave on horse and buckboard,” said Mazelin.

The Markee family reached out to some familiar friends for help.

“I said if that’s what he wanted and if I can help you out, I would do that for you,” said Mazelin.

The Amish and the English came together for someone loved by both.

“I think he’d be pretty proud. Kind of wish he would be here, but he would be honored for especially them giving the time to come haul him,” said Markee.

Together, they carried Bill to his final resting place.

“It’s good to be able to fulfill his last dreams,” said Markee.

Touching story and hopefully he was aware they would be doing that for him before he passed away. The irony here is that he wanted to be carried to the cemetery in a style reminiscent of the “old military” – and the Amish are famously nonresistant, in other words, they do not go to war or serve in the military. Still, that obviously wasn’t any sort of impediment here.