You read that right – an Amish smoking study.

Many are surprised to learn that some Amish people smoke. A certain segment of Amish (notably Lancaster County) produces tobacco as a cash crop.

Smoking is considered a part of tradition in some Amish communities. And as in any population you’re going to find some smokers just as you do drinkers, drug users, Boston Creme donut addicts, and so on. 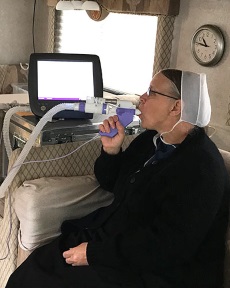 University of Maryland researchers recently completed a study on the effects of secondhand smoke in the Lancaster Amish community.

Interestingly, it showed different harmful effects for women vs. men, and was significant beyond that (more below).

First, the advantages of using the Amish for this kind of study?

For one, their lifestyle makes it easier for scientists, because they don’t have to control for so many variables.

Amish families live in similar ways to one another – with generally active lifestyles and similar diets.

As noted here, previous research on the effects of smoking and secondhand smoke “have been difficult to interpret due to variables in the socioeconomic status and educational level of participants.” Amish subjects make for clearer and easier to interpret results.

Also, cigars and pipes are common with the community’s smokers. These produce a more harmful secondhand smoke.

A third benefit of using the Amish, which I note in this post’s conclusion, is about a different type of exposure.

Here’s what the study looked like in a nutshell. From the Baltimore Sun:

The researchers examined data on a cross-section of 3,568 Amish who participated in three community surveys of cardiovascular health between 2001 and 2015, according to the University of Maryland Medical System. The data included tobacco use and secondhand smoke exposure from family members.

Because the researchers had records of familial relations in the community, they were able to determine which people had a father, brother or husband who was a smoker and thus conclude that they had been exposed to secondhand smoke. The researchers also tested lung function and took blood samples.

As mentioned the researchers observed different effects on women vs. men. The U. of Maryland School of Medicine website summarizes:

What is so significant about this study? According to the authors, such results in a low-exposure population were surprising:

“The study confirms that even a small amount of secondhand smoke is harmful; it confirms prior findings and extends them by adding to the degree of certainty we have in the harmful associations we are seeing,” says Reed. He adds that the findings suggest the possibility of a significant role for mechanisms less clearly established in secondhand smoking, but recognized in association with active smoking, such as HDL and BMI.

“The real strength of this study is that this is a big population with very low exposure, yet we see very striking results for direct exposure,” says the study’s senior author, Braxton D. Mitchell, PhD, MPH, professor of medicine, epidemiology and public health at the University of Maryland School of Medicine and vice chair for research in the Division of Endocrinology, Diabetes & Nutrition in the Department of Medicine. “I would not have expected to see such dramatic effects with these low exposures.”

Tobacco smoking is faulted in nearly half a million deaths annually. Over 40,000 of those have some connection to secondhand smoke exposure. You can find the study in full here.

I dislike secondhand smoke because I find the smell unpleasant and because it infringes on the freedom of non-smokers. Any health effects when a nearby neighbor lights up are not immediately seen, but may be slowly accruing among non-smokers over the years. I understand it’s pretty difficult to quit though.

Hopefully a study like this will be another drop in the bucket to help motivate those who want to quit, to do so. We might not have expected it to come out of the Amish community, but with the Amish as subjects it will certainly get more public exposure than your average research study.