When was the last time you used a pay phone?

This photo was taken in the New Wilmington PA Amish settlement. 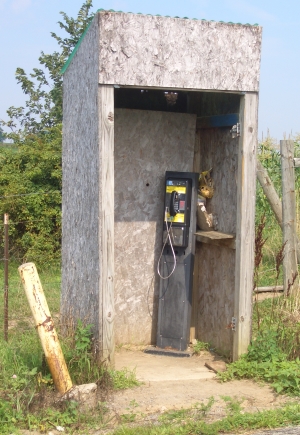 I’ve mentioned before how I’m no big fan of cell phones.  That said, they sure are handy to have on hand when you actually need to talk to someone.

The pay phone is one of those things, like the roadside diner and the family radio, that seem destined to become a quaint relic of times past (if it isn’t one already).

But unlike the diner or the radio or other artifacts that evoke warm memories, I’m don’t think the loss of the pay phone will be much mourned.

I won’t be shedding many tears.

Besides the obvious inconvenience factor, my recollections of pay phone use are not the greatest.  Teenage collect call to the folks (no, it wasn’t from the county jail!); frantically digging for another quarter to keep a conversation going; volume-regulating buttons that either don’t work or blast your eardrums.  And yikes, if you’re germ-o-phobic, don’t hold that receiver too close.

Here’s another phone from the same community, fully exposed to the elements.  By the way, it’s more common to see Amish phone shanties with doors on them, and regular phones installed (this is a conservative settlement): 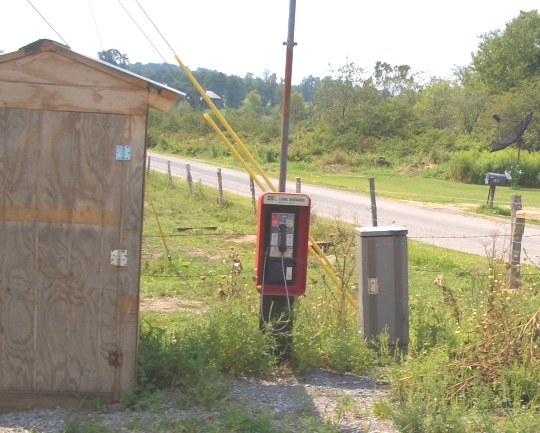 So, anyone feeling nostalgic for the pay phone? When did you last use one?