Given its remoteness and smaller population, we don’t get a ton of coverage on Amish in Montana. So it’s very nice that long-time reader Andrea D. shares some photos and a report from the West Kootenai Amish auction and community (this is the Rexford area settlement). Andrea writes that “I was visiting my sister in NW Montana this past weekend and we went to the auction in West Kootenai near Rexford on Saturday, June 12th.” 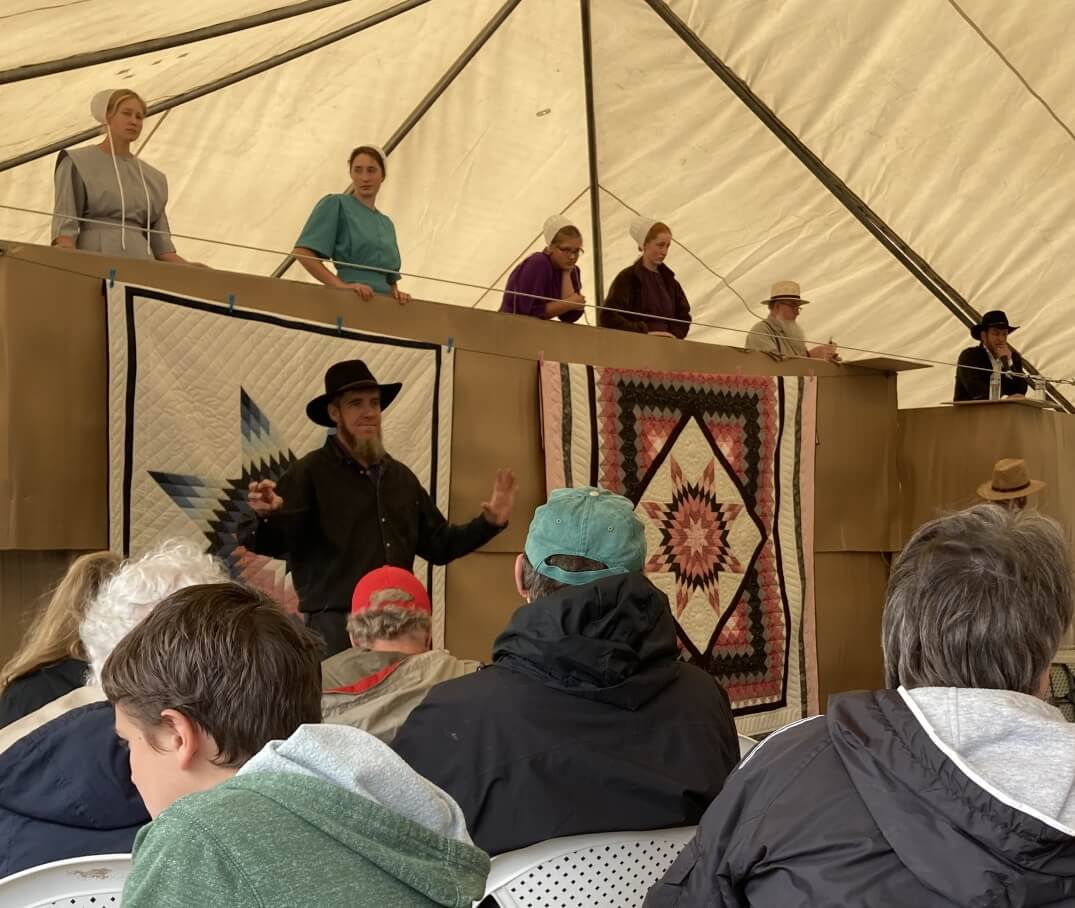 Rexford has long held an annual benefit auction to fund its school. This year was the 33rd edition. The age of the auction gives you a clue that the Amish here have been around for a good while. In fact, this community was started way back in 1975, so it’s soon approaching the half-century mark.

The following photos and comments are all from Andrea.

I’ve been to the Amish mud sales back in PA and the West Kootenai auction is very similar, but with a western flair! The Canadian border into Montana is still closed, and many attendees historically come over the border from Canada for the auction. Crowds were still good, though. Many local Amish attendees rode there on mountain bikes. 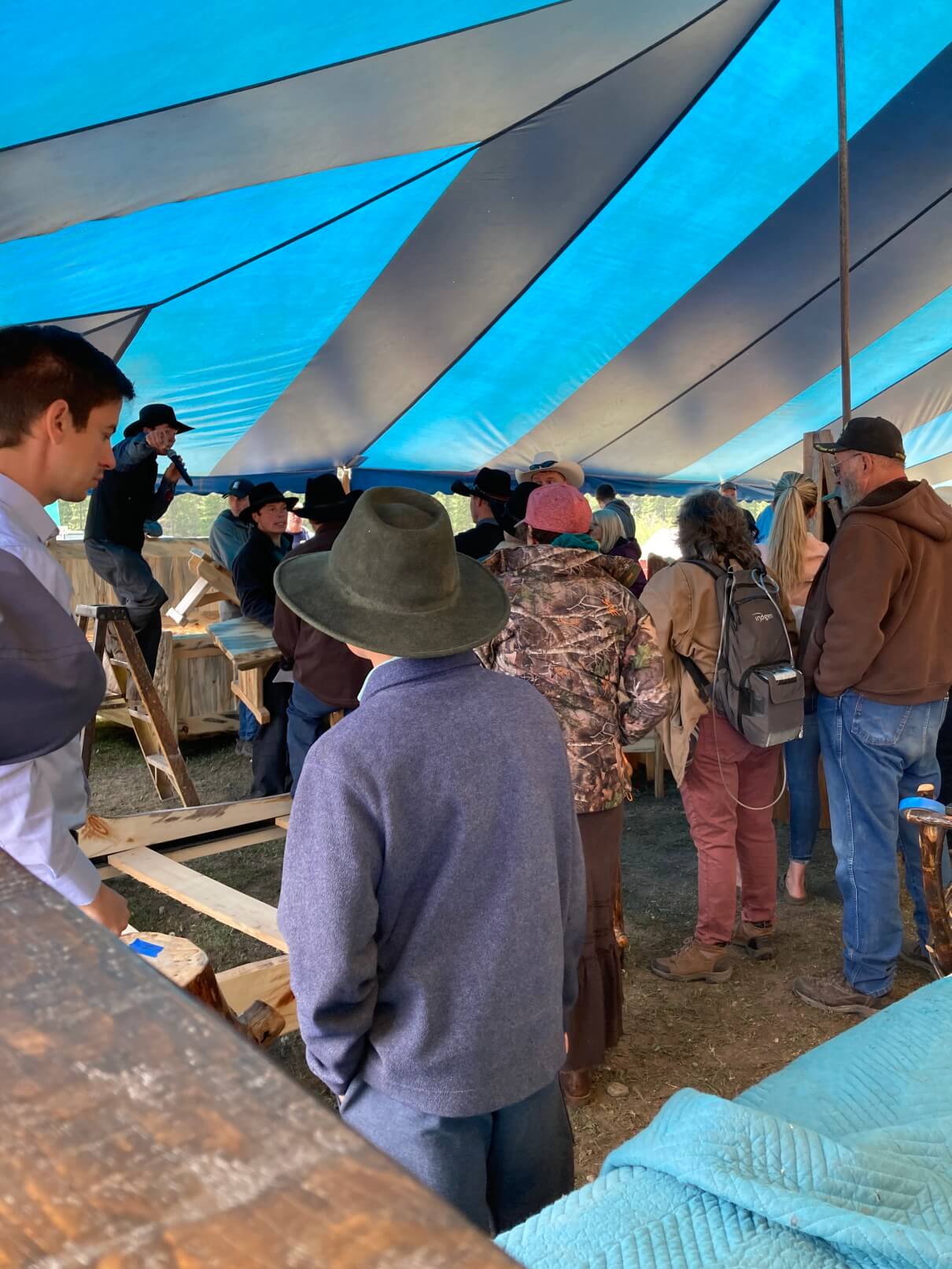 The day started off rainy but then the sun came out. It’s a beautiful setting with the backdrop of the mountains and the green fields this time of year. The auction is a fundraiser for the local school. 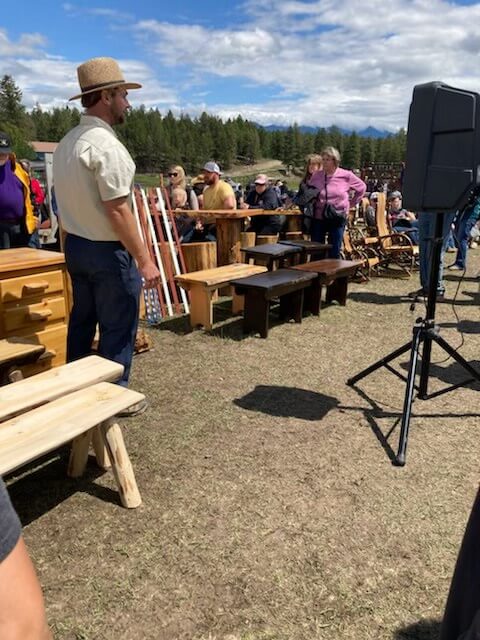 Lots of log furniture and items made of pine. 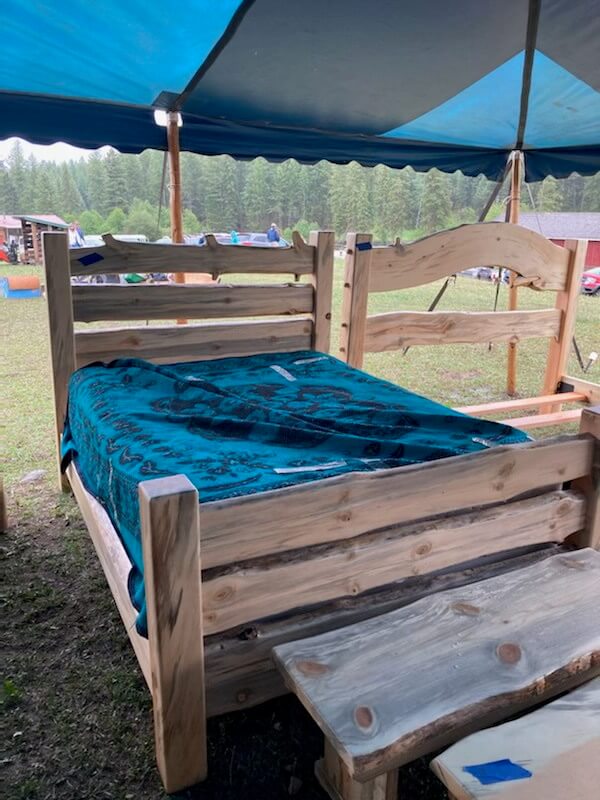 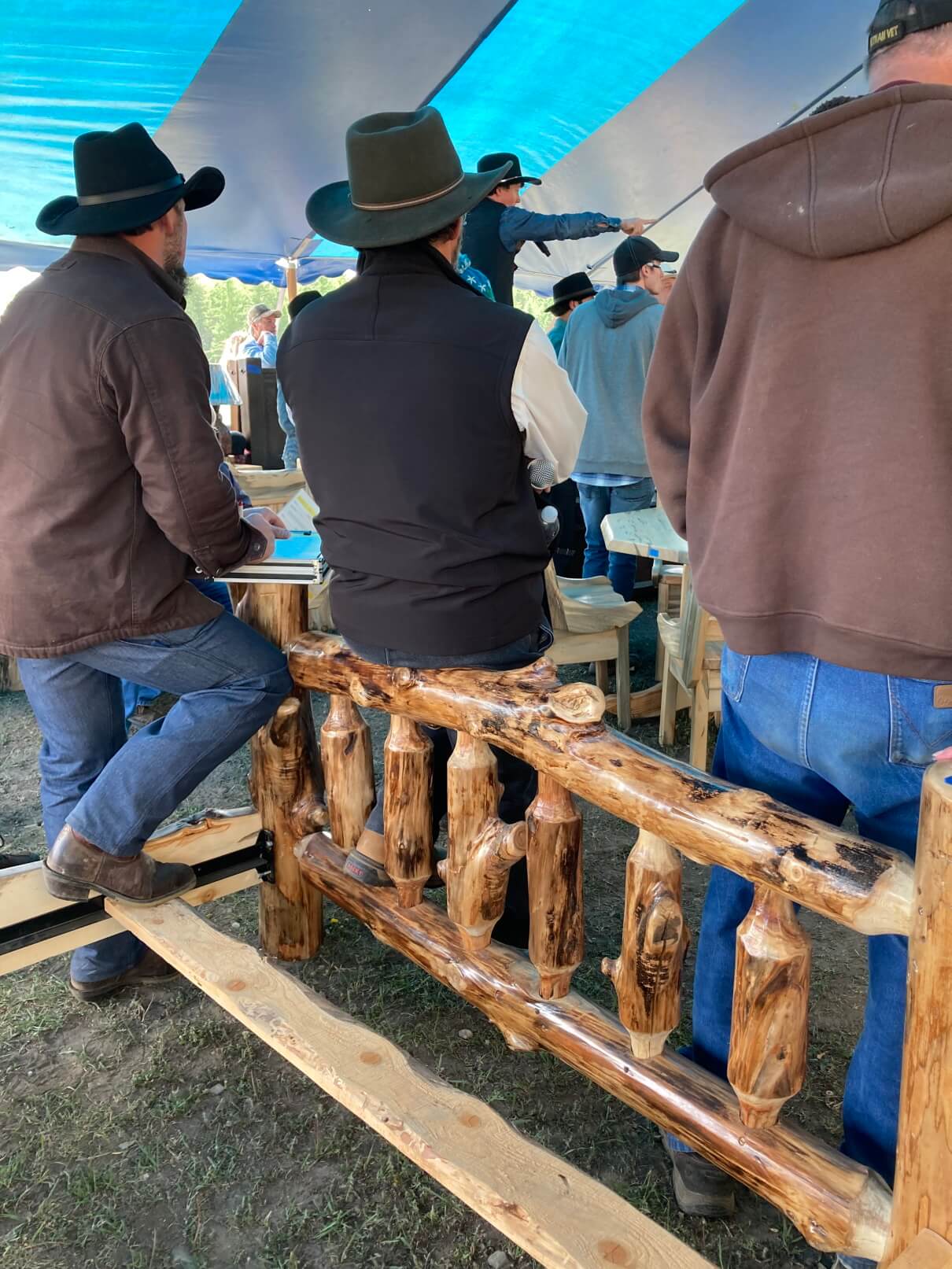 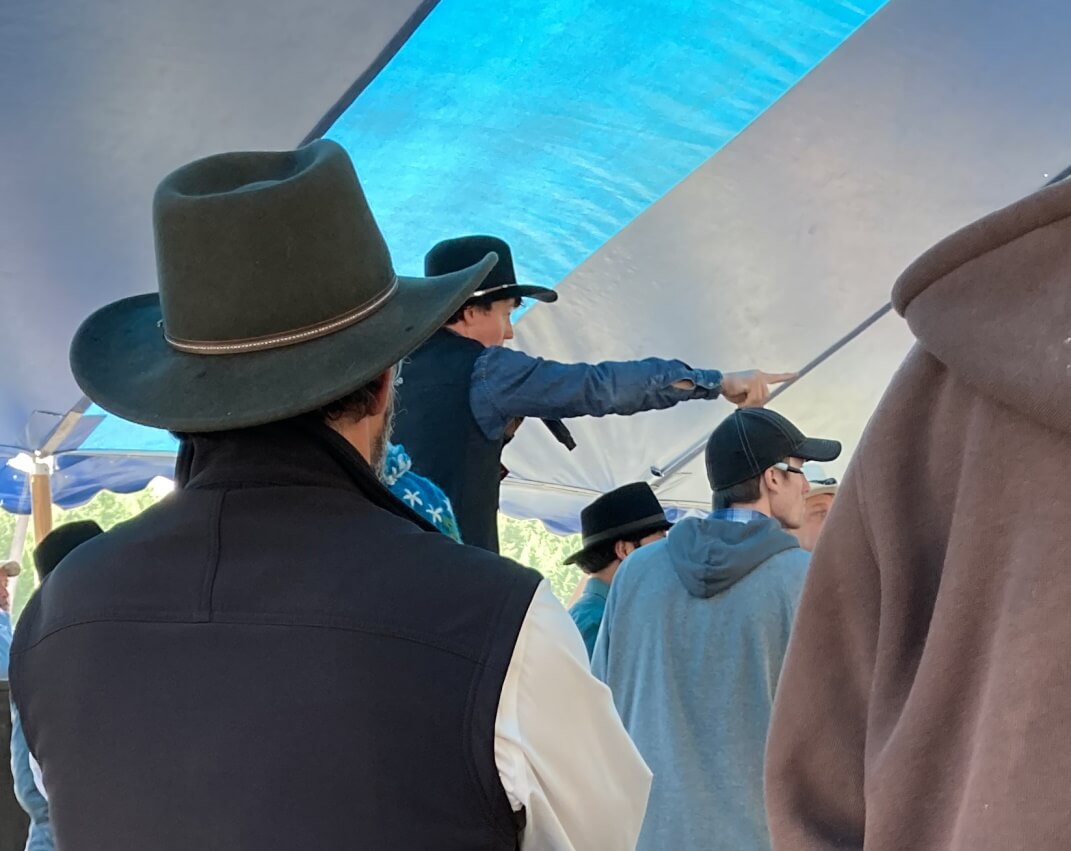 Quilts from local sewers as well as from around the US. 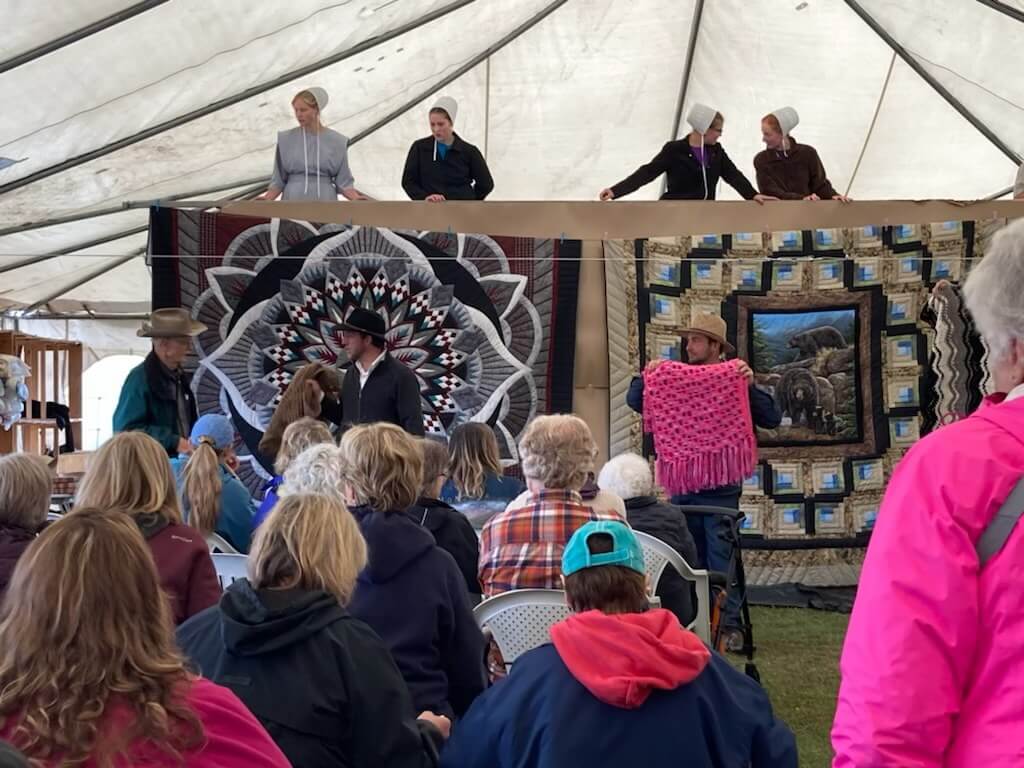 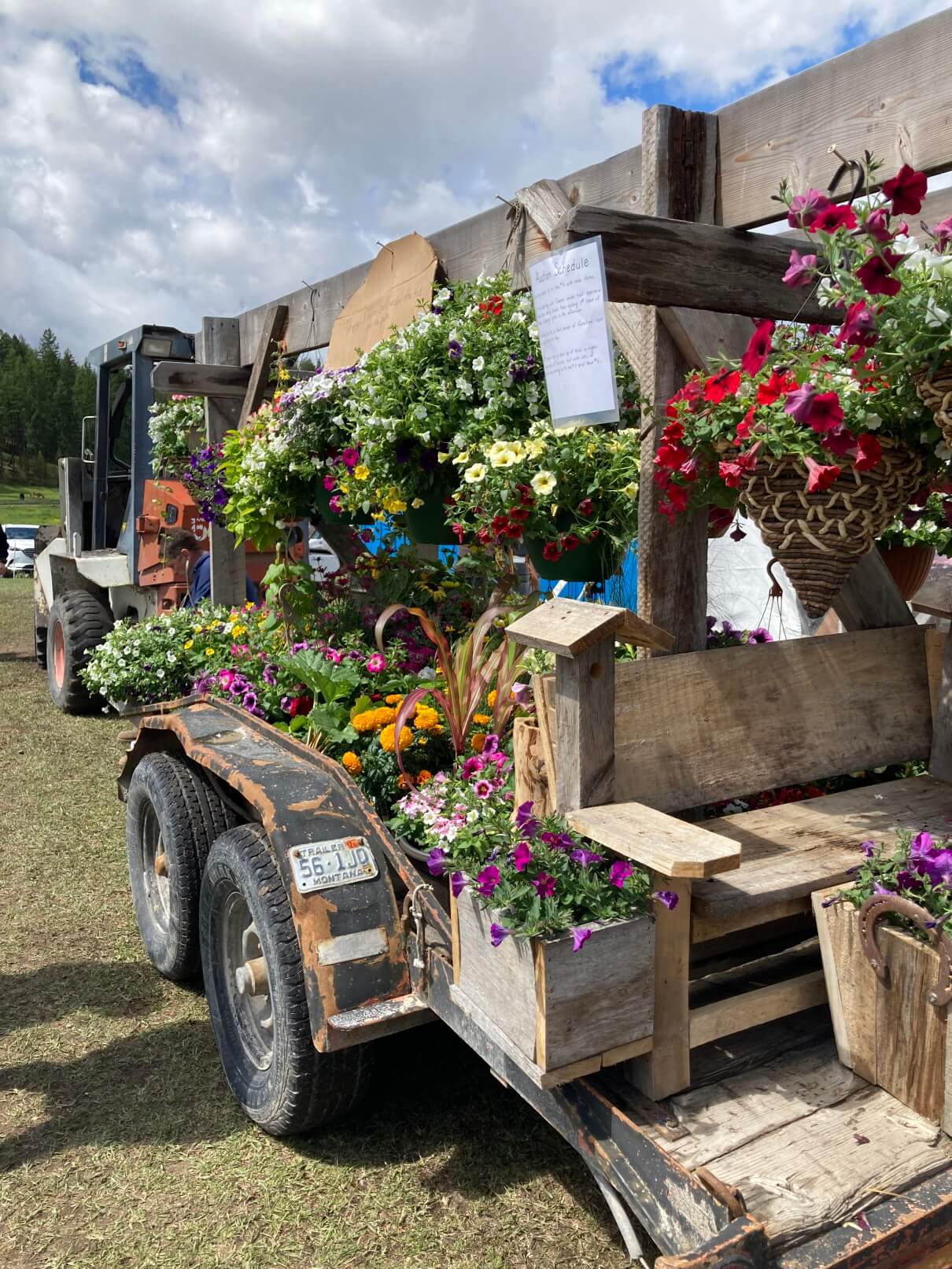 Lots of auction items that are vintage and used. 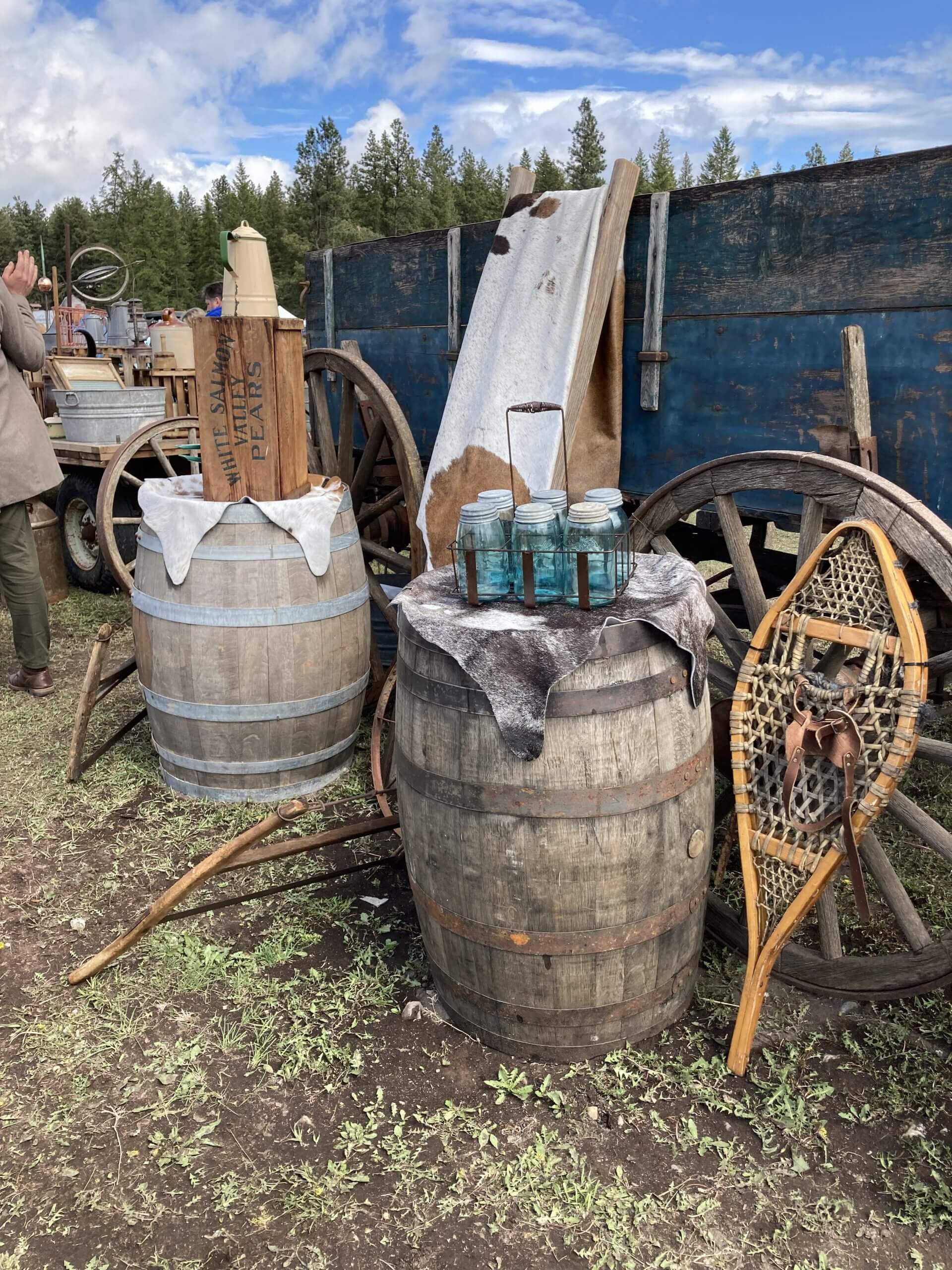 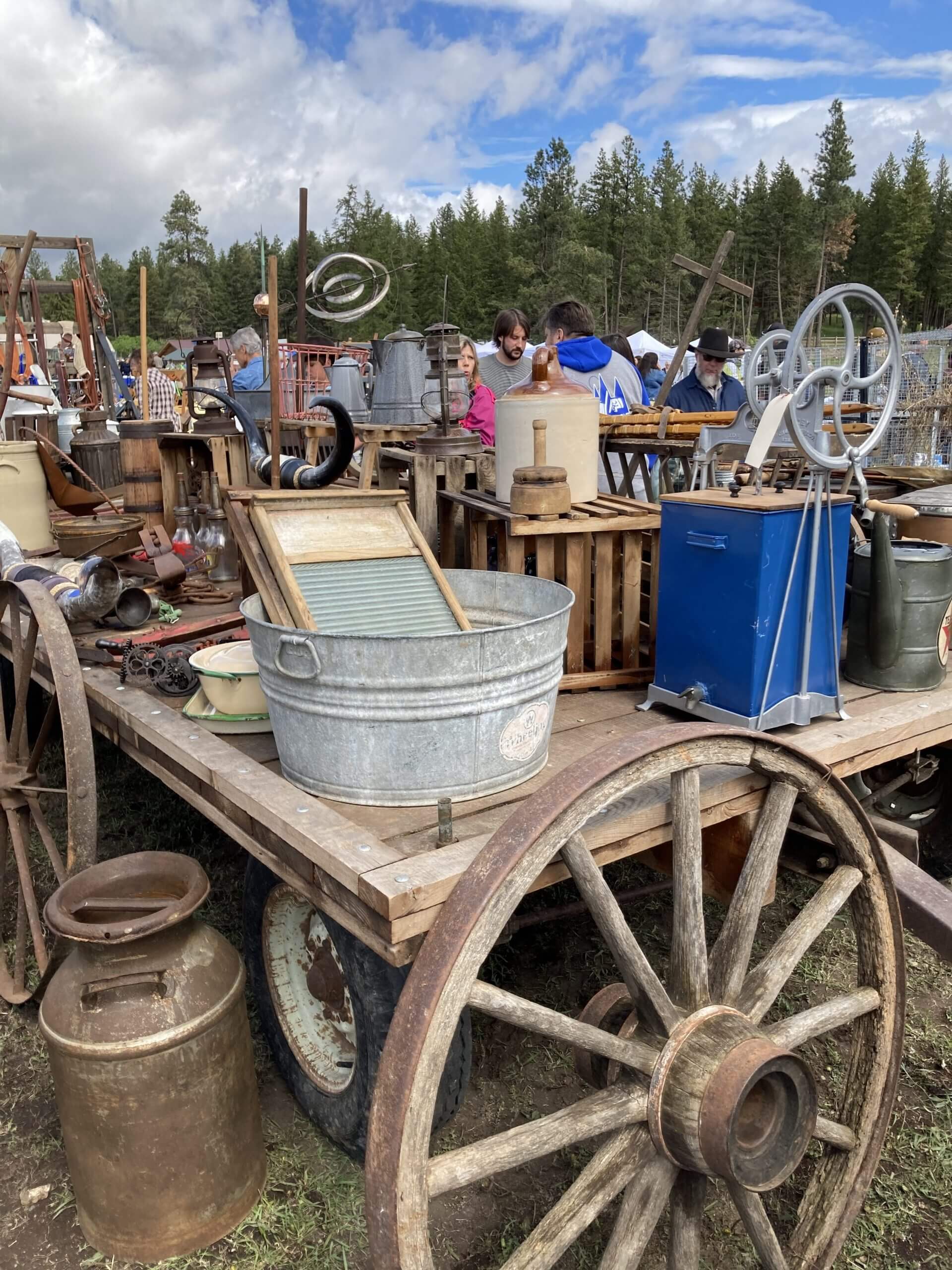 Lots of homemade pies, breads, baked goods for sale along with a fundraiser chicken dinner.

You can still see the burned area from the fire from 2017. The community is so lucky it wasn’t worse, but it was a stark reminder of the risk of living on the edge of a wild place. 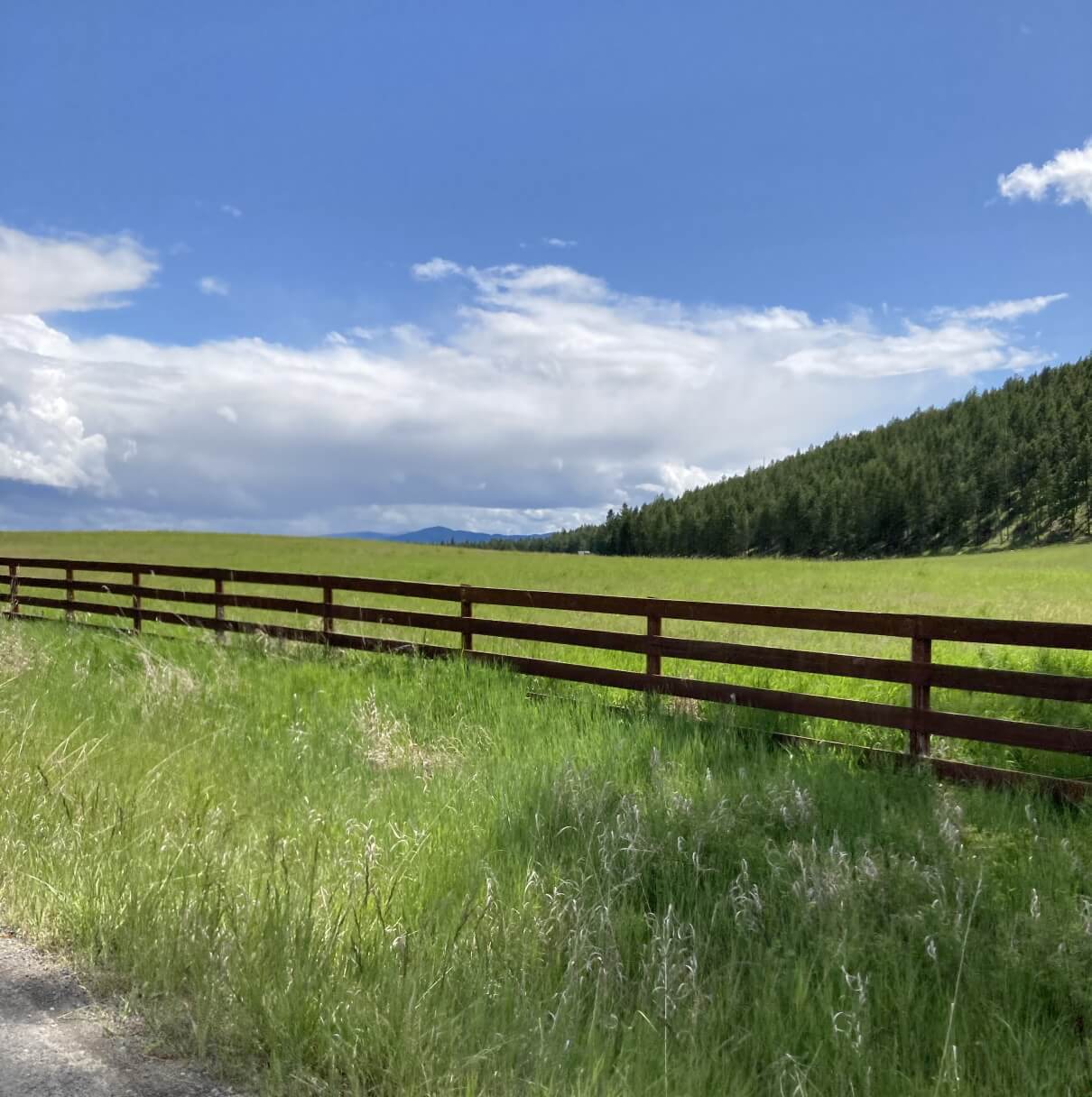 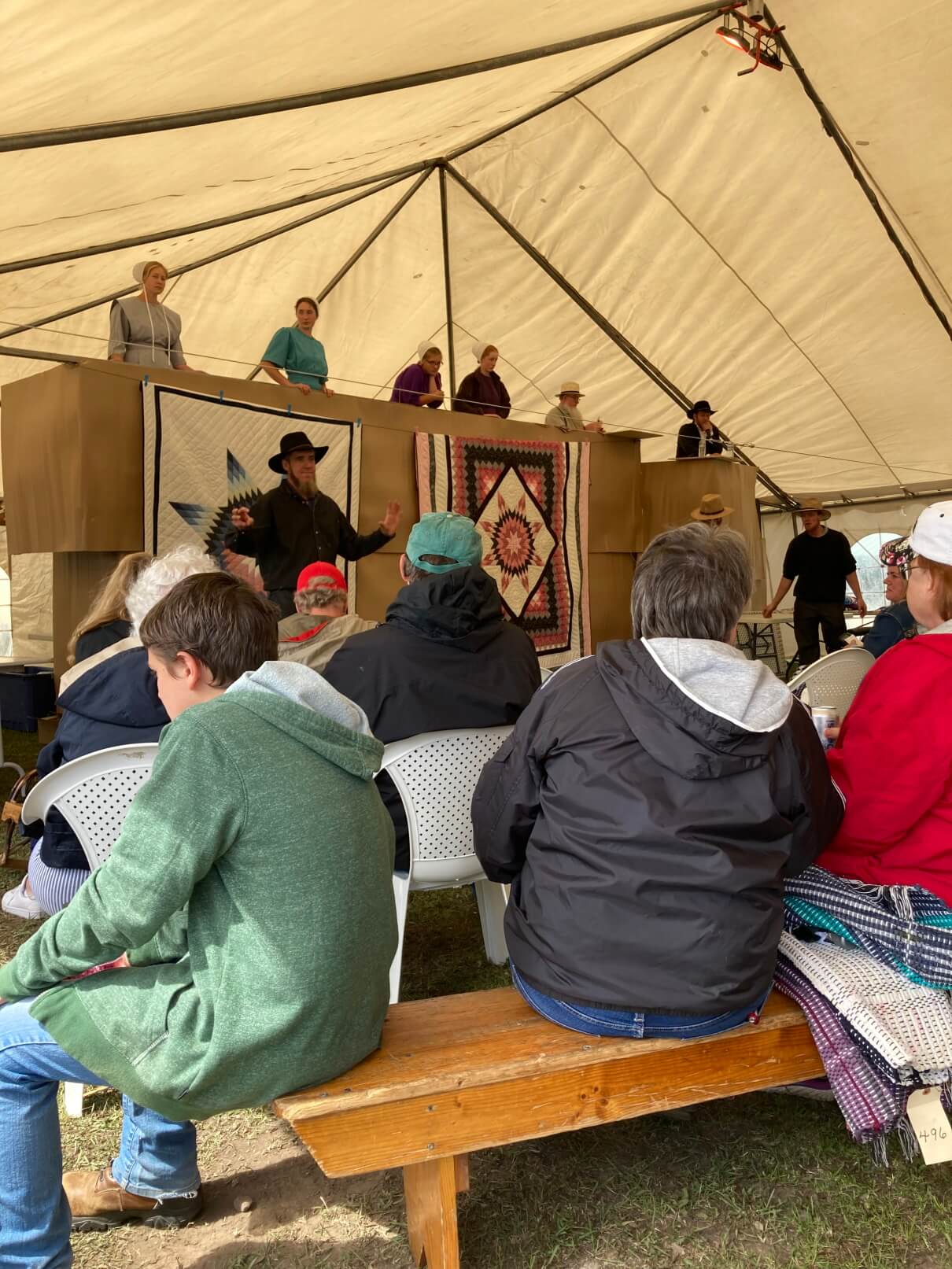 Hunting seems to be very popular, and the gun/rifle auction drew a large crowd (both Amish and non Amish). I also get the sense of this being more of a “new(er) order” Amish community, compared to what I’ve experienced back east in PA.

The auction in nearby St Ignatius is July 10th so there’s another chance for those who missed the Rexford auction, or who need a second pie fix. 🙂

A big thank-you to Andrea for sharing this with us.