What does “wealth” mean to you?

“We could probably build a better car than Detroit can. I will go out on a wing and say that. I honestly believe we could do that.”

It’s not often you hear an Amishman make such a claim.

But it almost makes sense–when you learn that the fellow who said this is from northern Indiana.  Northern Indiana Amish are different than most Amish.  At least when it comes to their jobs.

The region’s many Plain people (in Elkhart and Lagrange Counties, and the Nappanee Amish area) in recent times have not been farmers or business owners, but factory workers.

Amish here make recreational vehicles.  No, not the first thing you think of when you think “Amish”.  But they are quite good at it.  One reason RV makers began locating here 50 years ago was the Plain work ethic. 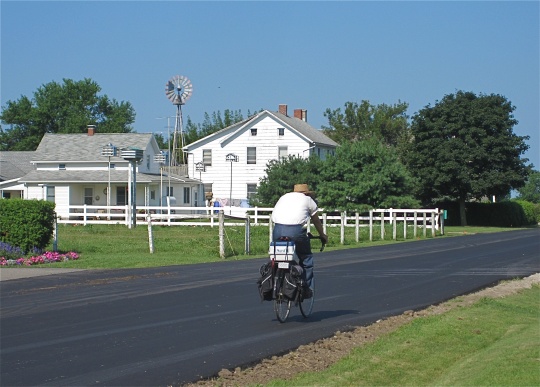 But lately, things haven’t been so sunny.

Demand for RVs has dropped.  Unemployment has gone in the opposite direction.  Many Amish have faced reduced hours or lost their jobs completely.  How have they dealt with it?

Not by starting car companies, the Amishman’s quote above notwithstanding.  A recent article profiles Mervin Lehman, the man who made the car claim.

When the crisis hit, Mervin looked to his own resourcefulness.  He started a premium mattress company.  He learned from scratch, worked hard.  Things began looking up.  Mervin recently expanded, to a 3,600 square foot facility.

When asked about the region’s low per-capita income, Mervin, a father of four, had this to say:

“I think we figure out how to live within our means. Our cost of living is a lot lower than the non-Amish cost of living. Why spend money that you don’t have? That is the philosophy of our culture.

“My goal,” he said, “is not to become a millionaire. My goal is to pay for my home, have something to live off of in my retirement years comfortably and make sure my kids and family are comfortable. That’s all I need out of this life. And helping my neighbor if he is in financial straits. Having enough money to help him.”

“Wealth”, of course, has more than one meaning.

I think Mervin would agree: it comes in shades other than green.

What does “wealth” mean to you?