This video – of a vehicle rear-ending an Amish buggy – is worth checking out. Why? It’s the first I’ve ever seen of a buggy actually being hit. And it comes from an unexpected place – a sheriff deputy’s body camera as he was driving his vehicle.

The incident took place in late October in Chautauqua County, New York, home to four distinct Amish settlements (going by the look of the buggy, it looks like the Mayville settlement). And right off the bat, in case you’re wondering, the family has since been treated and released from the hospital, so it sounds like they are okay. 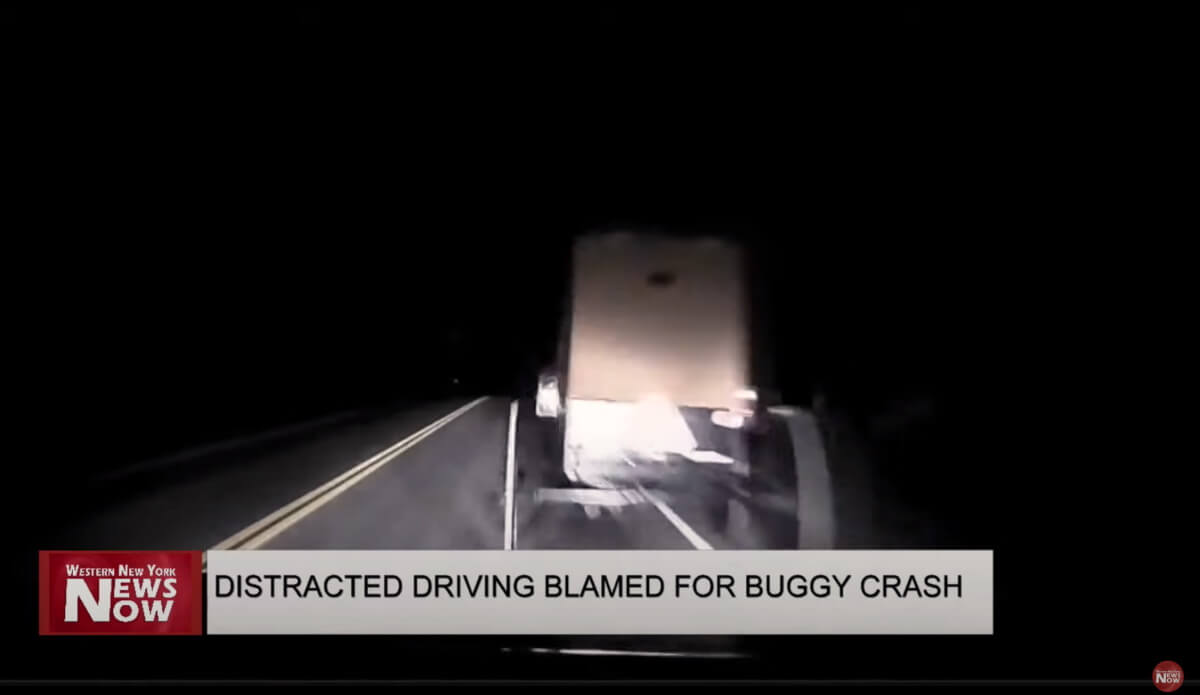 An image captured a split-second before impact

I think this is a pretty important video in that it shows how quickly a buggy can appear in front of you (especially in these conditions). The sheriff blamed a distraction for the accident – namely, glancing down to check his data terminal for the next call to respond to.

You might also wonder how well-lit was the buggy? And, if it had had brighter and/or flashing lights of some sort, would the sheriff not have seen it sooner (before glancing down)? That may very well be the case.

The deputy, for his part, was forthright about admitting that he was looking down when the accident happened, and has not been disciplined. It looks like the department is using this incident for good. Reading between the lines, they may have been forced into that, after the full body cam footage was posted on another YouTube channel and they came under criticism. 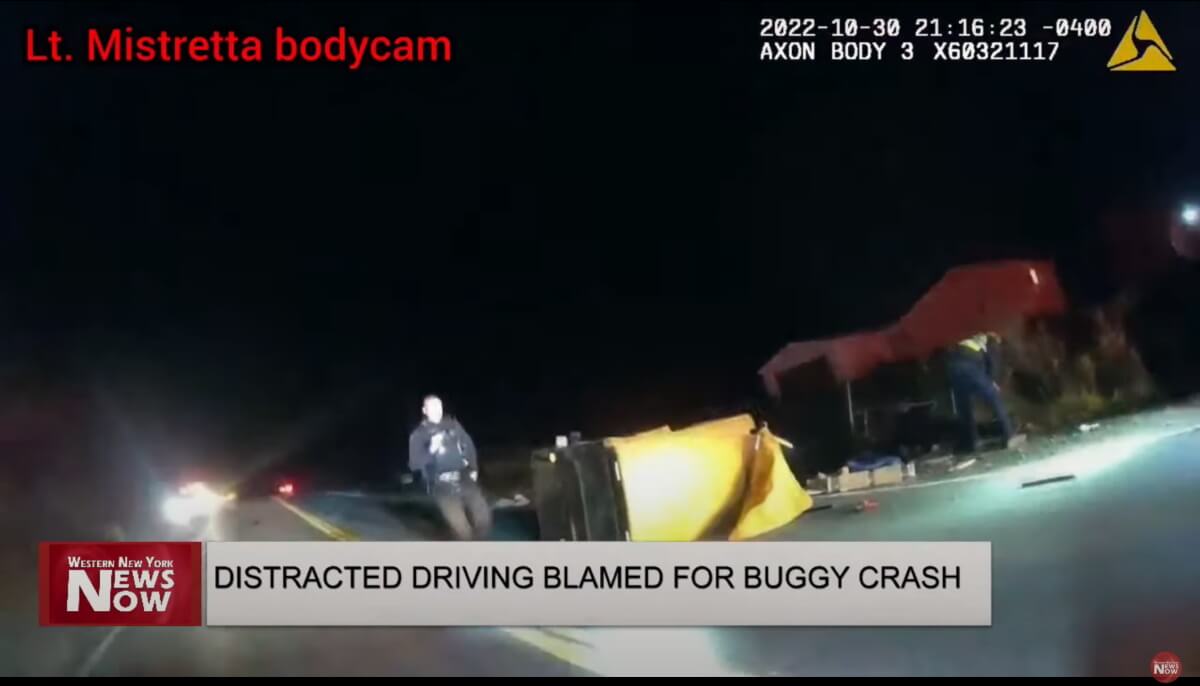 More than anything though, this video brings home for me how quickly a slow-moving Amish carriage can appear on the road. It underlines the importance of being vigilant when driving in Amish areas.

People who visit Amish areas, I believe, are more aware of this. Simply sharing the road with horse-drawn traffic for a short period is a novelty. Tourists and the like, finding themselves in an unusual place and situation, will tend to remain aware of this. However, those who live for months and years among the Amish can be more apt to neglect that. Regardless, it’s something for all to keep in mind.

Hopefully, many will view this video. The embedded video below is the news report and shows the crash and a bit of the aftermath. You can also view the full body cam video (50+ minutes) here. In that longer linked video, there is footage of the Amish family post-crash, and some might find it upsetting.