Trial by fire in Holmes County 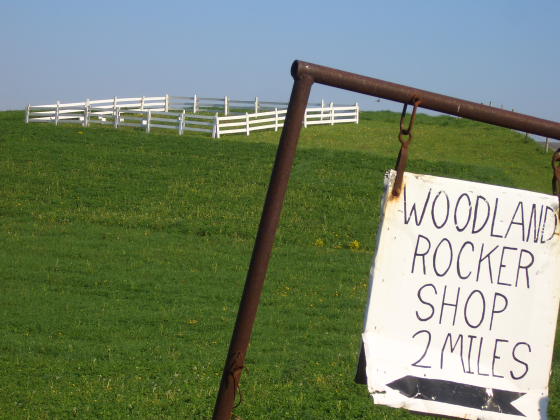 Just had a nice talk yesterday evening at the Amish and Mennonite Heritage Center (home to the Behalt cyclorama) at Berlin in Holmes County.  About 130 people attended, roughly 70% of whom were Amish.

I explained that I was glad it was a non-violent, pacifist crowd.  I figured that gave me a better chance of survival if I really messed something up in my talk.

Even though I’d had a half-dozen Amish review the manuscript, it did seem a bit like a trial by fire, to be up speaking in front of dozens of experienced Amish businesspeople about their culture and vocation. 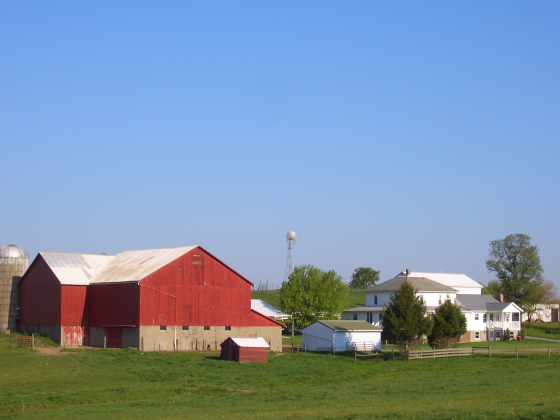 A panel of five—four Amish and one non-Amish—‘grilled’ me afterwards.  The panel included an accountant, a CFO, a local attorney, and a couple others, most of whom were business owners themselves.  Not to toot my horn, but the talk and Q-and-A went quite well and apart from some minor quibbles the response was quite positive (phew!).  I guess that’s not too bad for just an “old boy” (if you’re not sure what I’m talking about, go here).

Today I caught up with a friend I interviewed for Success Made Simple–“Alvin Hershberger” would be his “alias” in the book.  We had a nice discussion sitting on his front porch catching the spring breeze on a brilliant day.

Alvin’s shop has been slightly slow lately, which means they stop at noon on Fridays.  When I caught up with him he was just getting up from a nap.  He’s going turkey hunting and has to get up at 3:30 tomorrow morning so was clocking some winks while he had the chance. 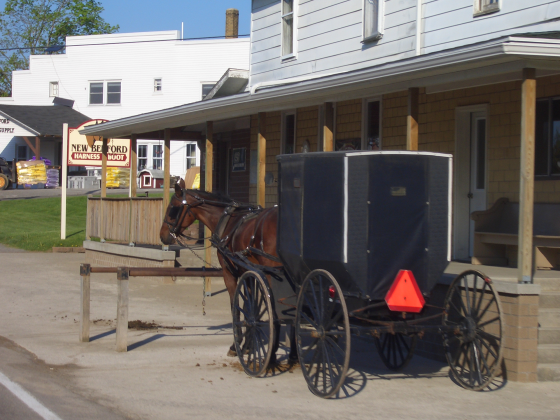 Alvin’s father had asked why I didn’t just use real names in the book instead of changing them.  I said it was a good question.  His father joked that after all he didn’t have anything to hide!  I saw the point and would probably guess that a good percentage of my interviewees wouldn’t mind if I used their real names.  I doubt that Alvin would.

But for those that might and for consistency’s sake, everyone got a second identity.  I can tell Alvin has had a blast trying to guess who is who in the book.  He’s often quite accurate, even making some correct guesses based on an individual’s manner of speaking.  What can you say—close community. 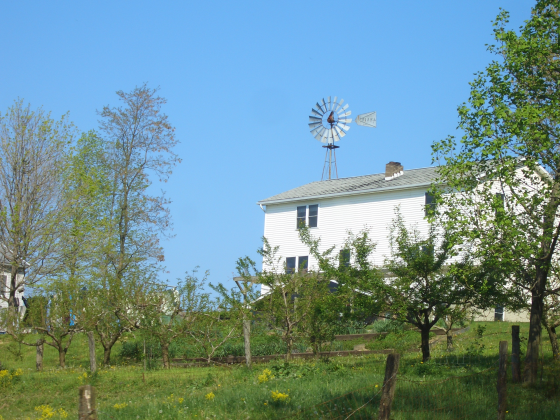 Is Holmes County the best place to be on the planet right now?  Unbeatable weather, sun, and…hardly any people.  You really notice the difference between this community and Lancaster County when it comes to traffic, especially when you visit both back-to-back.

I told Alvin that I love both places, but he doesn’t know how good he’s got it on his expansive farm, where he has plenty of room for a sizeable wood shop, produce patch, and only the occasional carriage or pick-up passing by.  But of course he does know, since he’s been out that way before.

One other funny anecdote just came to mind:  talking to some businesspeople last night, I mentioned that I’d been in Lancaster a lot recently.  “Oh, sure, they’re the popular Amish,” said one guy, feigning  jealousy, “everybody wants to go there“. I assured him his crew was equally popular and that I play no favorites.  It was a good laugh and representative of the mood at the talk—a memorable evening and great chance to see some old friends and acquaintances.