The six-year-old son of Amish friends just started attending school a little over a month ago.  I’ve known them since he was in a cradle, and have watched him grow up incrementally (seeing them roughly every six months for the past five+ years).

When I last saw them I remarked that this would probably be the last time that he and I wouldn’t be able to communicate freely.  Til now we have gotten by with my sparse PA German vocab, and with the little English he knew.  It will be strange to hear him speaking and understanding more English when I see them again in February. 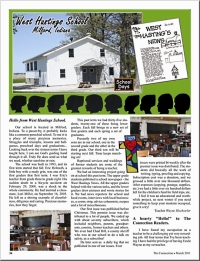 Some Amish children pick up on English faster than others.  For example I was able to communicate in English fairly well with the three-year-old son of other friends. Children of parents who have businesses dealing with the public likely pick up English quicker.  Some children may even prefer speaking English amongst themselves.

Speaking of school, the Connection magazine carries a “School Days” feature in each issue.  Below is a sample featuring the West Hastings School of Milford, Indiana, with some comments from teacher Wayne Hochstetler.

I remember when school always started in September.  Going back in August?  Way too early.  A good ground rule: if the leaves are still green, keep the school doors shut.  And year-round school, well that was a concept that struck terror in little boys’ hearts. 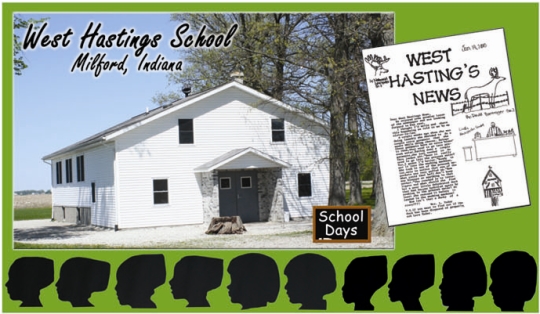