It’s Friday, so how about something light. So, here are a couple of guys who took an Amish buggy and strapped a jet engine onto the back of it. Why not. 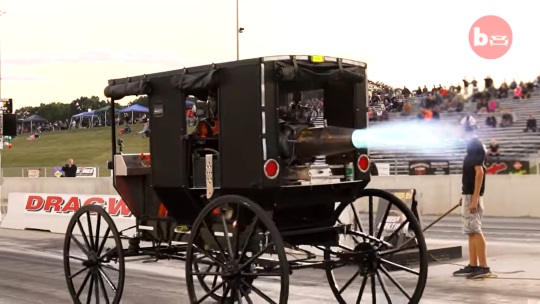 The two men behind the rocket buggy live somewhere in Amish country and are apparently racing enthusiasts. 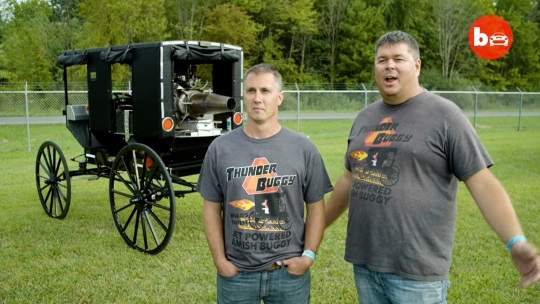 One of the two bought a jet engine online by mistake (he thought it was “turbo shaft”, but it was  “turbo jet” only, whatever that means). 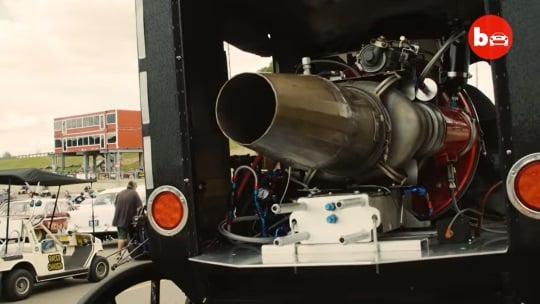 In practice this means it wouldn’t work on a heavier vehicle (he had originally planned to attach it to a truck).

Living in “the Amish capital of the world” (going by the buggy I’m guessing he means Holmes County), he decided “an Amish buggy would be perfect” for the engine. 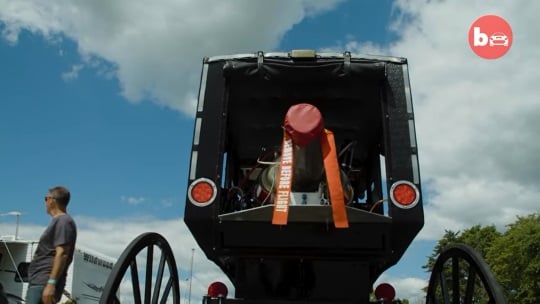 The engine design is technology from the 1940s, so that seems to fit here. The pair added a steel sub-frame to support the extra weight. 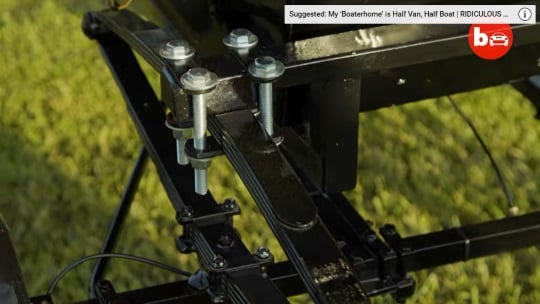 The buggy also sports the “air bag” technology that has become popular with some Amish to ensure a smoother ride. 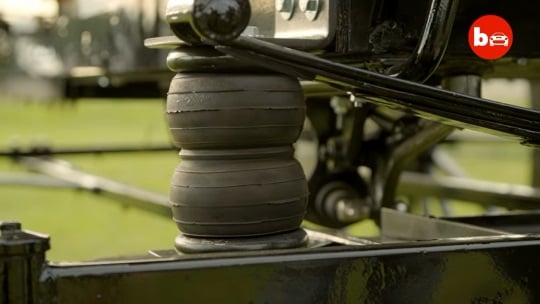 You can hear the full story and see the rocket buggy in action in this video segment from the “Ridiculous Rides” show:

Some might be wondering, is this kind of thing offensive to the Amish?

I don’t know, but I think some Amish people I know would find it amusing. The buggy is a symbol of the Amish, but it’s more a cultural symbol than one laden with explicit religious meaning.

The buggy hits a top speed of 55-60 mph, which is a lot faster than other buggy adaptions we’ve seen.

There are few safety adaptations other than a seatbelt, so it’s probably a good thing it doesn’t go any faster. 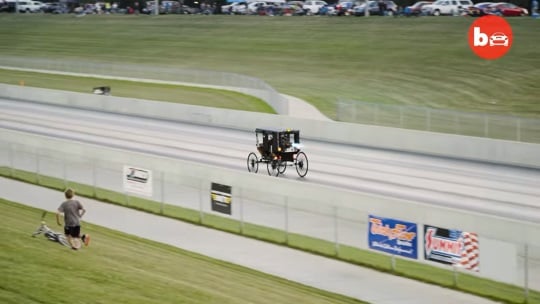 The driver does wear a helmet, which I think is a lot wiser than a straw hat in this case.