Joseph Yoder is an Amishman who works in the furniture industry in the community at Arthur, Illinois. Local news station WCIA had the chance to do an on-camera interview with Joseph. They’ve released it in two parts.

Joseph of course had to consent to do the interview on camera.  Not too typical, but it sounds like he might wish to further public education about his people with something like this. The station has been doing a series of stories from the Illinois Amish Heritage Center. So this would be in keeping with the educational aspect of the center.

In part 1 here, Joseph discusses topics including schooling, how relations with non-Amish have changed in his area over time, and what got him to join the church as a young man. 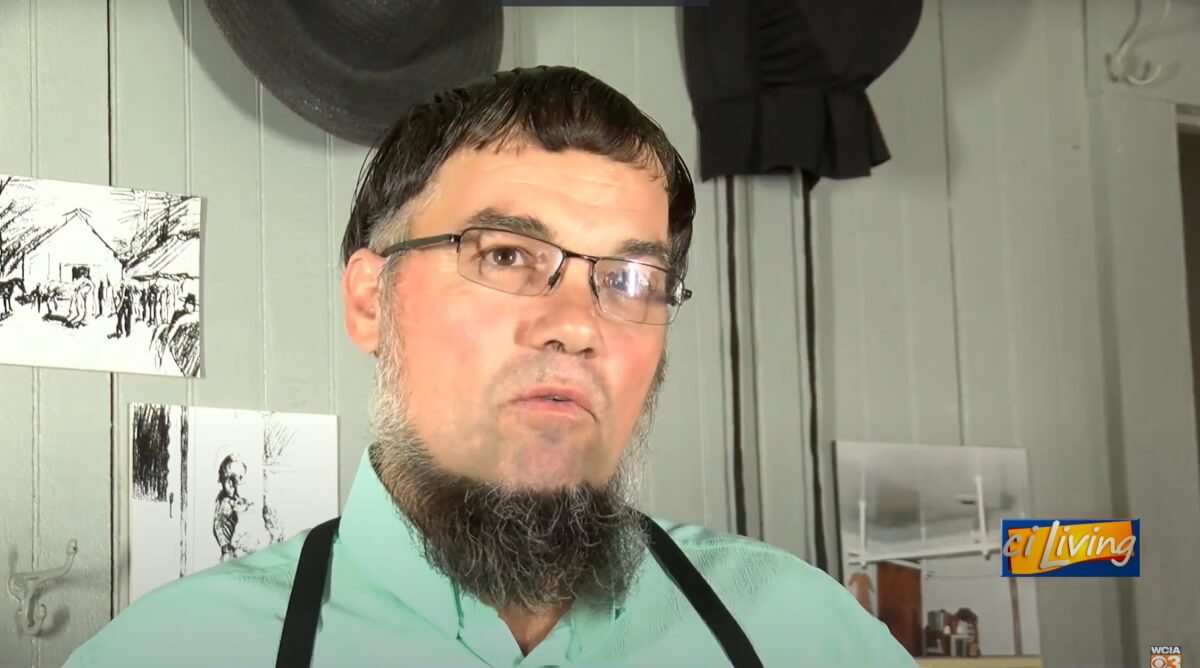 “I don’t know any different, so I don’t think this life is very difficult, because I’ve never lived another lifestyle,” Joseph explains.

He also talks about the Amish practice of formal education through eighth grade, and the belief that they’ve learned the essentials at that point. “It is way better if we can give them a hands-on [education] after that.” However he does note that the community permits individuals getting GEDs.

He also notes that traditions were much stricter when he was growing up. “There was not a lot of communication with the outside world when I was a boy growing up. It was much more reserved. We were encouraged as children growing up not to talk to strangers, not to talk to English people…That I think has drastically changed in this area where we’re at today.”

He also shares what he loves about being Amish, how he liked his experience of the outside world during Rumspringa…and what brought him back to join the church.

An on-camera interview with an Amish person is rare, but not unheard of. Nice to see Joseph being able to share this with us.

Definitely worth a watch. Check out part 1 here. I’ll be posting part 2 later.