The Post Bulletin has a story on a man named Eddie Swartzentruber, who has been providing the perspective of someone who left a strict Swartzentruber Amish community. He’s using social media to share his former life and answer questions about the Amish on the TikTok platform.

I find the article of interest in that it does give a look at Amish life from one person’s view. It’s an overwhelmingly negative depiction, from what we get in the article.

However, somewhat in contrast to the tone of the article, his actual TikToks feel a lot more upbeat and positive. Eddie is likable and funny, and I enjoy listening to him. He offers some interesting details of his life when he was in the community, and answers some quite specific questions. Some answers are meant to be humorous with Eddie in essence winking at you, others are given straight. Some examples: 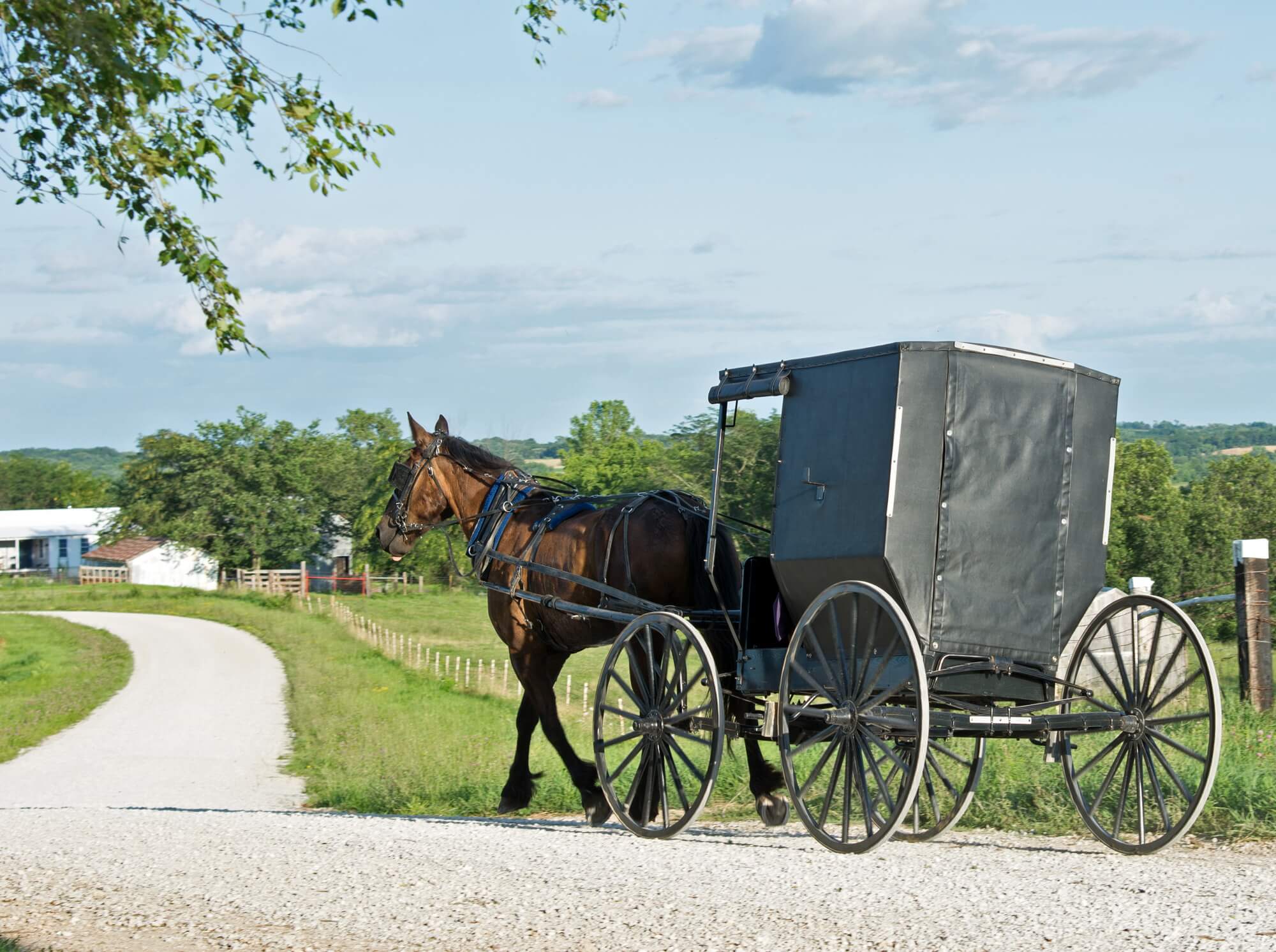 He’s giving his perspective. I think it’s to some degree educational on the one hand. But on the other does something of a disservice if he is explicitly or implicitly framing his depiction of life as the way “the” Amish do things.

A bleak portrayal…with a smile

I don’t exactly blame him; that’s what he grew up in and what he knows. But he also knows there are less strict Amish out there, as seen by this anecdote:

Swartzentruber said his own church, his namesake Swartzentruber church, was one of the most strict and uncompromising towards change. He recalls the moment when he made his decision to break from the Amish community.

He and his brother were riding in a fore cart, an open-air buggy with two horses hooked to the front. Both were exposed to the elements on a miserably cold day. His hand froze. He was 12.

It was hard not to look enviously upon other nearby Amish communities that had more relaxed rules toward convenience and innovation.

“We thought the St. Charles Amish were so cool, because they got a triangle in the back of their buggy. They also had a door to get in, in the winter time. And they had a glass on the front, which I thought that’d be so awesome (to protect from the cold wind).”

I don’t see that he addresses this point in a video anywhere. Maybe he does, but I can’t find it after watching a good number of videos, and scanning the rest of the titles.

There is also the account of being warned that not joining the Amish means going to hell:

Swartzentruber said he felt a desperate urge to explore the wider world. But the Amish church exerts a powerful force through its teachings that hedge in community and conformity among congregants.

Children are taught from an early age that they will roast in the pit of hell when they die if they ever leave the community. And for the first five years after leaving the Amish, Swartzentruber had trouble going to sleep at night.

“My mom would always say, ‘The end of the world could come for you in the middle of the night,’” he said.

This type of thing is awful, and it’s not the first time people from the Swartzentruber Amish have described hearing this sort of thing growing up. But presenting it as “the” Amish way of teaching children is not great.

But that’s also on the Post Bulletin, for not including basic context that Amish groups can be different, which is not hard to discover – and even suggested by Eddie in the anecdote above.

He also presents “the Amish” as something like a mind-control cult (in the video “What was so terrible about being Amish that made you want to leave?”). That said, much of what he says is done with a sense of humor and not in a self-pitying way. The article notes how he closes each video with a winning smile. It’s easy to see why he’s grown an audience.

To take another example, there is this bit:

Do his parents still love him despite leaving the Amish? Love is not part of the Amish lexicon, Swartzentruber says in one video.

That sounds horrible, but I am pretty certain many Amish would disagree that “love is not part” of their lexicon. I wasn’t sure if he was suggesting that they literally don’t say “I love you”. But the way this is presented in the article suggests that Amish parents don’t love their children. I did watch the corresponding video and Eddie is talking specifically about not hearing “I love you ” spoken. That is different from not being loved, however.

Finally, and this is the wording of the article again (which we can assume is derived from the depiction in the videos):

Life in an Amish community was often miserable. No matter how much he might search the Bible, in many situations he could find no satisfactory answers for why the Amish in Harmony lived like they did.

The problem is with the premise. I see this assumption made by outsiders all the time. “Where in the Bible does it ban electricity?”, things like that. Amish material lifestyle is not a Biblically-dictated one. They look to the Bible for a model for living via Jesus’ example and teachings, for instance in the Sermon on the Mount, and of course the Ten Commandments.

But restrictions different Amish groups place on technology represent attempts to regulate what they see as damaging outside worldly influences – damaging to family, church and community. Different Amish end up in different places as far as this goes. Some more restrictive, some less so. They’re not deriving this from certain verses in the Bible, but from experience and observation.

And it should be said that these restrictions do also represent adherence and respect for tradition, which overlaps to some extent with this first rationale. No doubt some groups’ and churches’ balance tips too far in favor of strict adherence to material tradition. But it’s not the whole story on why the many and varied Amish churches and communities choose to live as they do.

Interesting and entertaining videos about a piece of the Amish world

I don’t want to continue picking everything apart, I’ll just end by saying that these accounts of people who’ve left an Amish upbringing are usually interesting in a behind-the-scenes, tell-all sort of way. It’s easy to see why they get clicks. When you had a bad experience and come from the strictest group, there are a lot of stories you can share that will be readily consumed by the public.

Of course, he has every right to share his story. But if one person’s or Amish group’s experience is framed as the way “the Amish” in general do things, then that’s not great. That also applies when an individual’s story is presented and allowed to stand that way implicitly, especially when alleging something serious like depicting abuse as widespread.

All that said, people like Eddie’s experiences can open a window into what might be more common practices in a given group or community. So I don’t think I’d go to him for an understanding of how “the Amish” do all things. But to get a picture, in short clips of less than one minute, of one person’s experience in a strict group (and maybe as representative of common practice in a given group) I think it has value.