Off The Beaten Path: A Friendly Amish Store in Iowa

From the “Off-the-Amish-Beaten-Path Files” (not really a thing, but maybe it should be a thing): Reader Denise sends in a nice little account of an Amish store in a corner of Iowa. The community is Chariton, in Lucas County. I know little about it beyond what Denise shares, and what clues I can gather here and there. 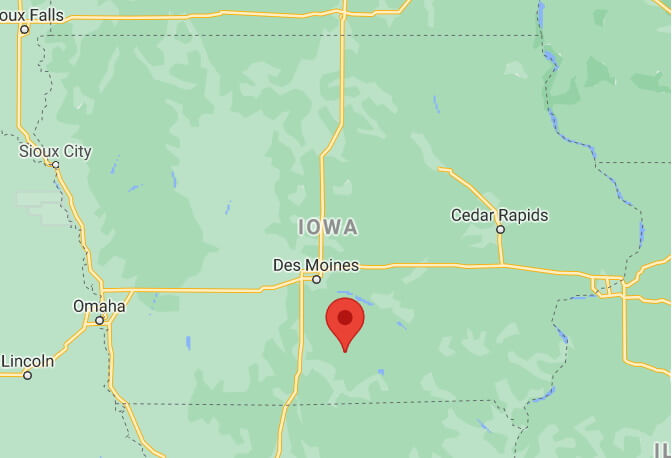 The Amish settlement list tells me this settlement started in the early 90s (1992) and is just one church district in size, with around 190 people (which is on the larger end for a single congregation). Interestingly, I also found a comment here on the site from 2014 from a reader named Craig:

Also, the Amish south of Chariton in Lucas County seem to have been leaving in droves the last few years. Anyone know why? Where are they going?

We didn’t get any response to Craig’s question, but it seems that seven years ago Amish were exiting this area in significant numbers. It could be that this community had more than one church district at one point. So that mystery remains, but whatever compelled Amish to leave then, there is still a decent-sized community here. 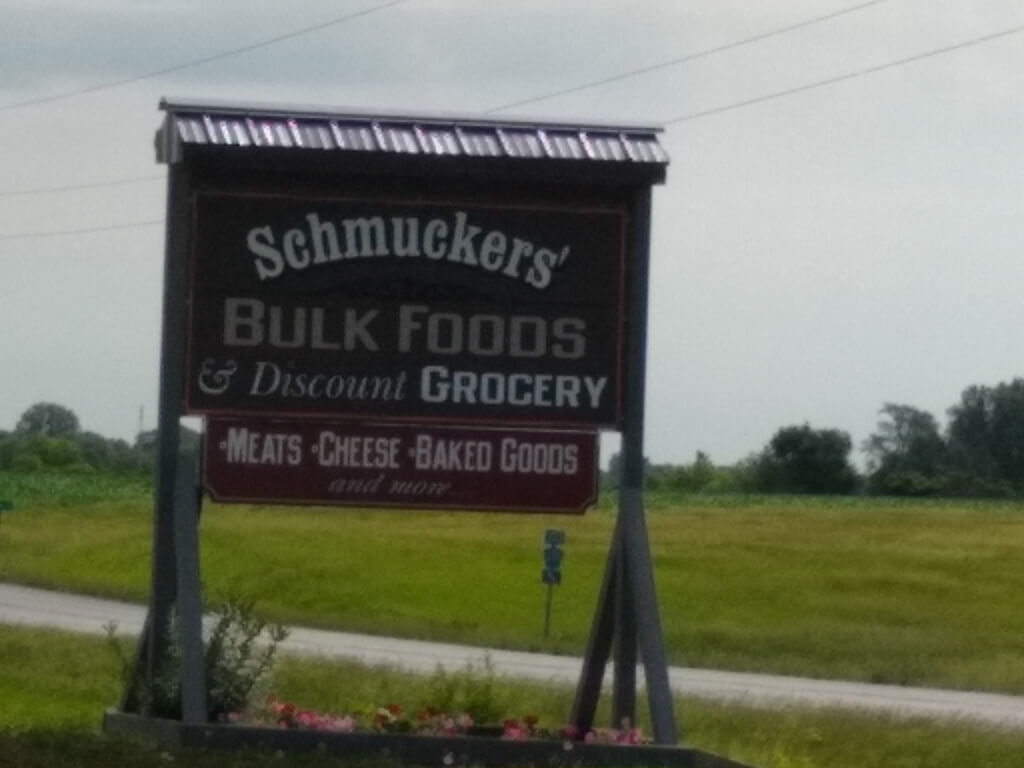 This store has developed within the last 10 years. I like to stop in as they are very friendly. They have donuts on Saturday mornings!! One lady is almost always singing while she works; German, and I assume they are hymns. 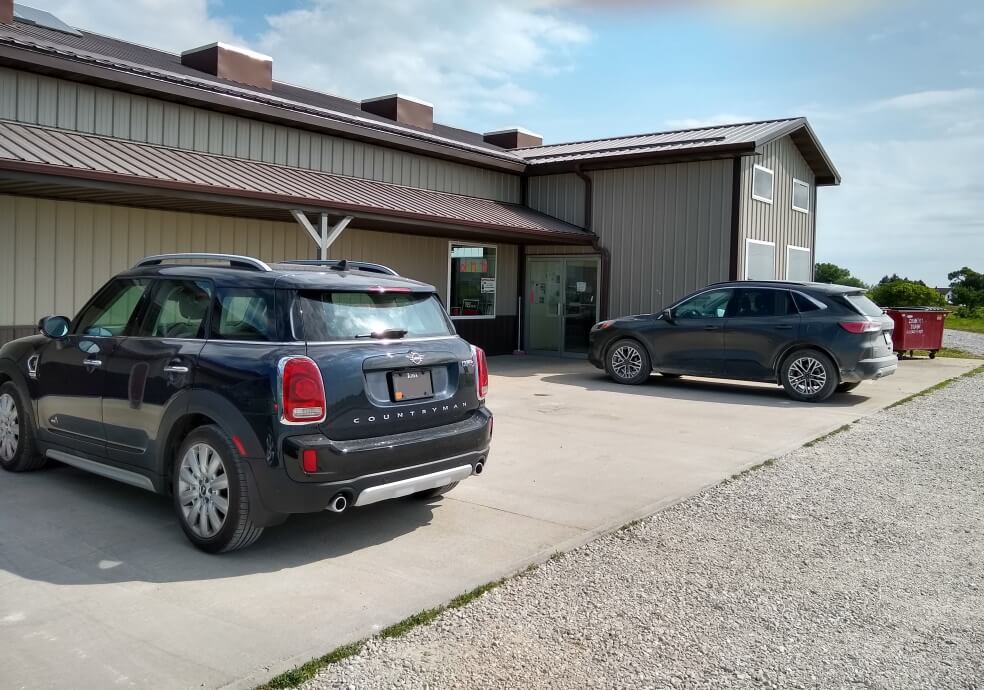 I’m sorry I don’t know much about them. I asked an English farmer several years ago, the first time I stopped, and I think he said they came from Wisconsin and ? a state more east of Iowa. Maybe a reader can help or you may know, as the colors the women were wearing were both lighter and dark brown, a wine color and a deep green.

They have a little deli area with seating, too.

She adds a couple photos of a pie and canned goods by Mrs. Miller’s (an Ohio brand you’ll see carried in a lot of Amish stores): 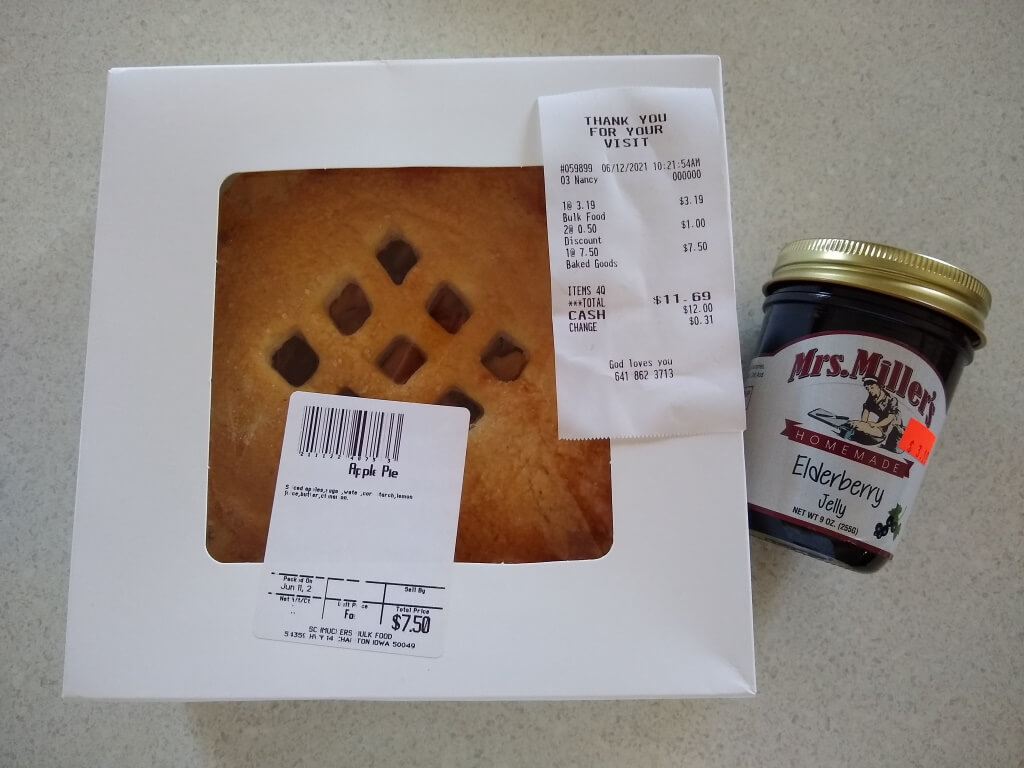 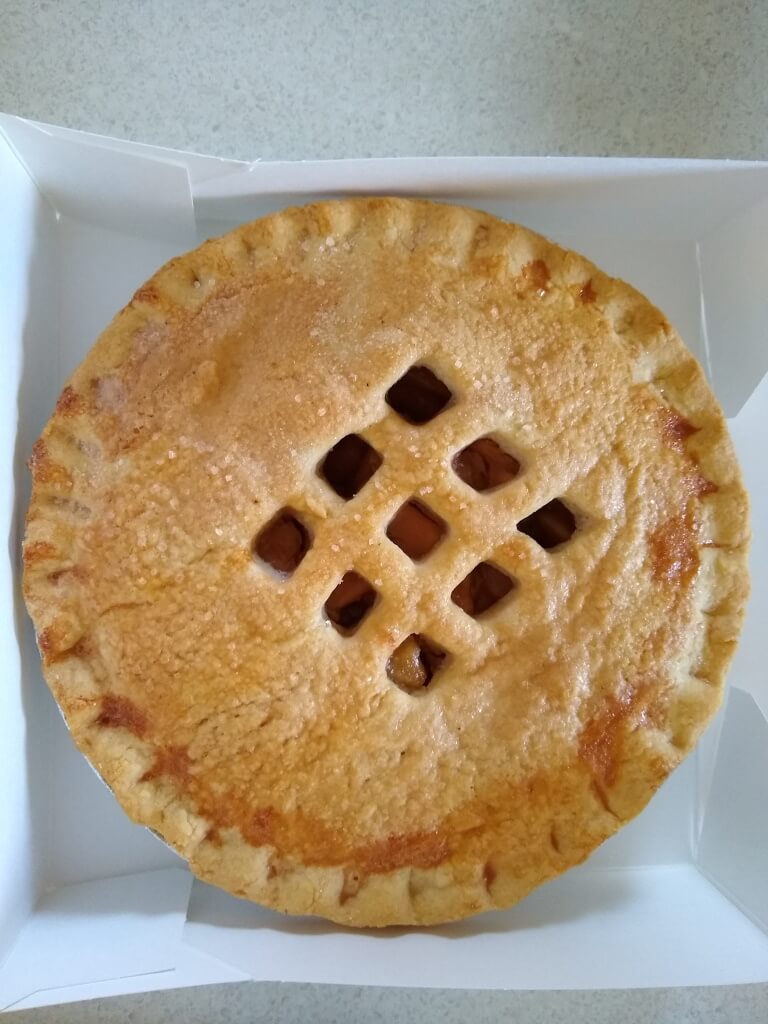 I also noted this little detail on the receipt: “God loves you”. 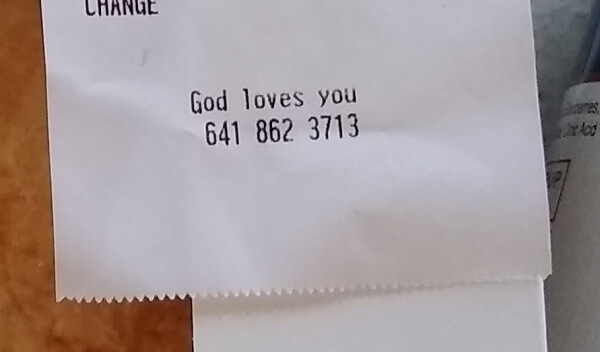 That kind of message – while common in some Christian denominations, is less-seen among Amish, both in printed material and spoken words. But when you do see it, it tends to be more common in more progressive churches and the New Order churches in particular. That, and the German singing are interesting details to me. If anyone knows more about this settlement, happy to hear about it.