Inside an Amish-Built (English-Owned) Home

We’ve looked inside Amish homes many times before. Today, something a little different: an English-owned home, inspired by the design of Amish houses and built by an Amish contractor.

My English friends who live in this home near Shipshewana, Indiana, previously lived at Arthur, Illinois.  They had this home built three years ago with a distinctly Amish flavor. 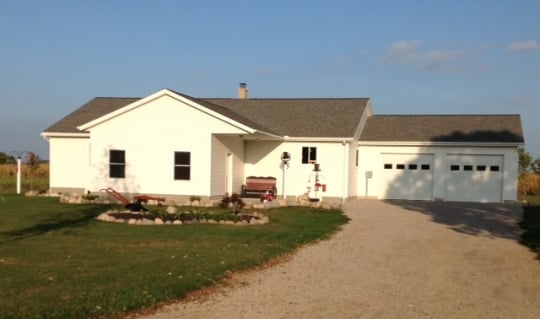 As you can see below, the exterior blends in with the surrounding Amish houses.  In fact, when I first visited them, I probably would have driven right by had my GPS not told me to turn in this drive.  Most of their immediate neighbors are Amish.

Their floor plan was inspired by a friend’s “shop house” in Arthur. They built a pole building and framed in bedrooms in the back half of the house, leaving a large open living area with the kitchen at one end. 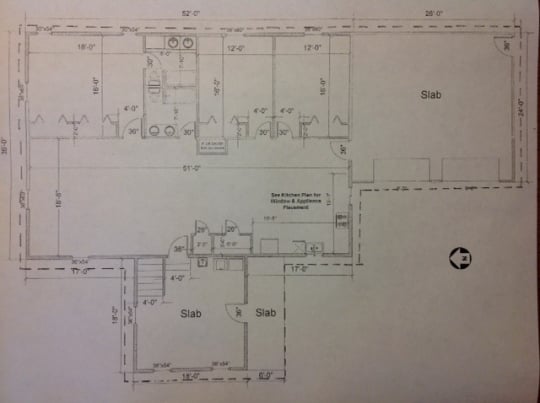 The house was built by an Amishman who did everything except pour the basement walls and install the plumbing and electric. 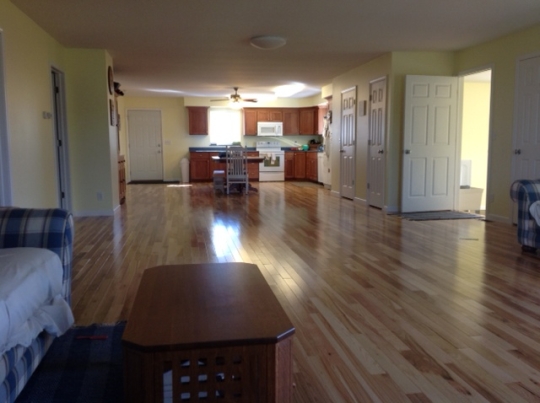 The wooden window sills and trim work came from maple trees out of the Amish contractor’s backyard. 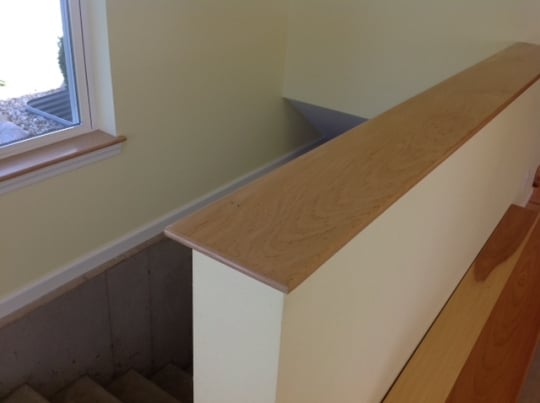 “This stove, built by the Amish in Lancaster County, was purchased from an Amish dealer in Arthur, Illinois and shipped out here during the construction of our house,” says the owner. “You can buy them locally but we wanted to buy it from a friend in Arthur.”

Speaking of the stove, the owner explains that “we installed it as backup for the furnace, but after heating with coal our first winter we never went back to our forced air furnace.”

“My first load of coal came in 50 lb bags from Arthur on the back of a trailer,” notes the owner.  “That was too expensive, so I built a coal bin and buy it in bulk from a local Amish run coal yard. It’s much cheaper that way.” 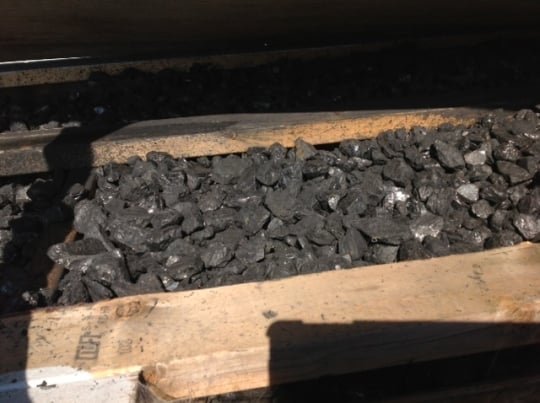 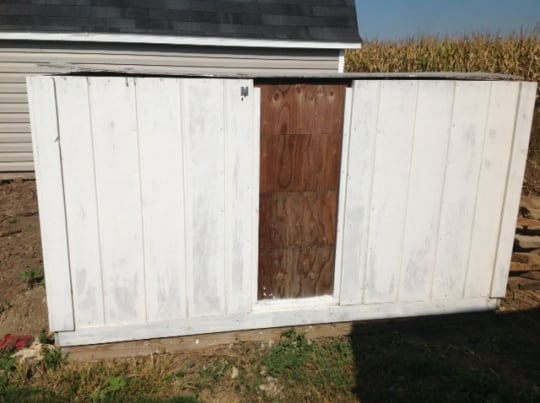 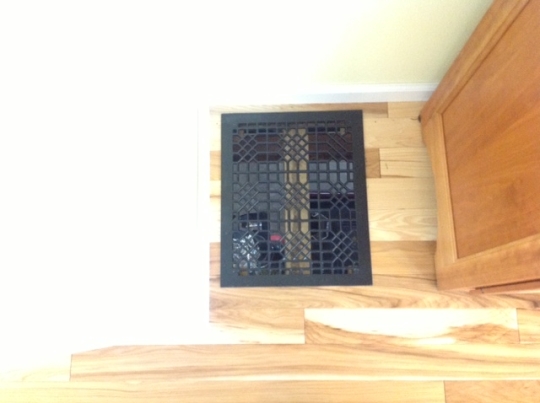 The concrete floored entry “wash room” with a floor drain is typical in Amish houses. 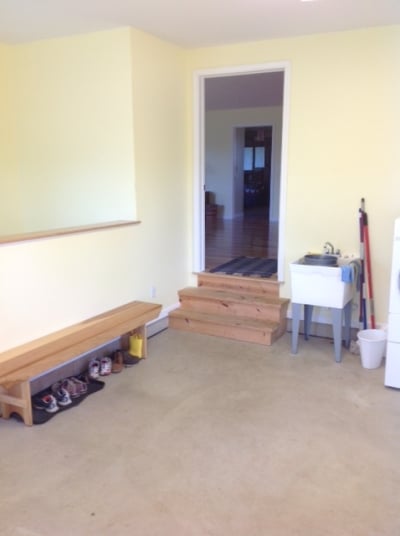 The owners chose to install a gas range for canning in the entry room, which was a common feature in the Arthur, Illinois community. 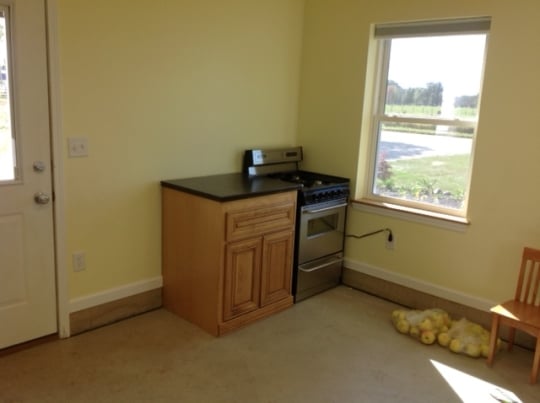 “Before we moved to the area we tried to find a house to purchase. We looked at several Amish houses with the intent of retrofitting them with electricity,” my friend explains.  They eventually chose to build new.

“One of the design features we choose to incorporate were concrete steps. All the houses we looked at had poured concrete steps. We were told the newer Amish homes had steps at least five feet wide to facilitate two way traffic during church services. We made ours four feet wide.” 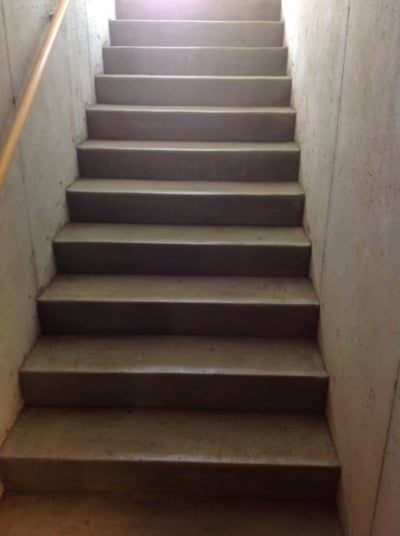 Church benches are used for seating at the kitchen table. The table has 12 leaves and expands to 16 feet. 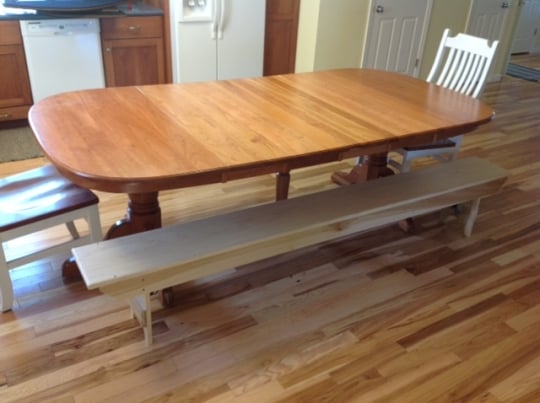 “Our cabinets were made by a friend in Arthur, Illinois and shipped to the construction site in Indiana. In the children’s bathroom you can see the pull out steps, a feature we found in some Amish homes.” 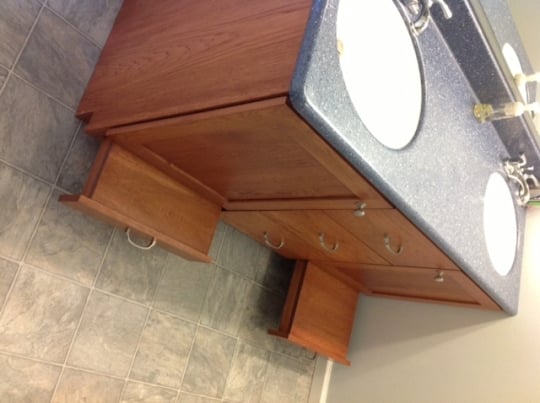 “We installed a hitching post for our friends to use, but found out most everyone comes by on a bicycle. I can count the number of times it’s been used on one hand.” 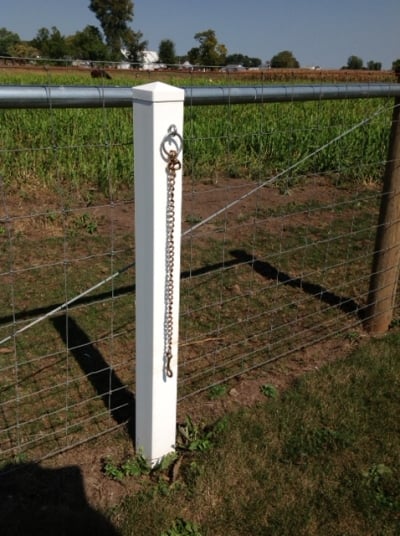 A neighbor plowing his family garden during the fall. 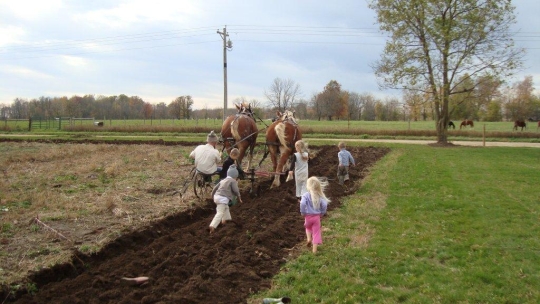