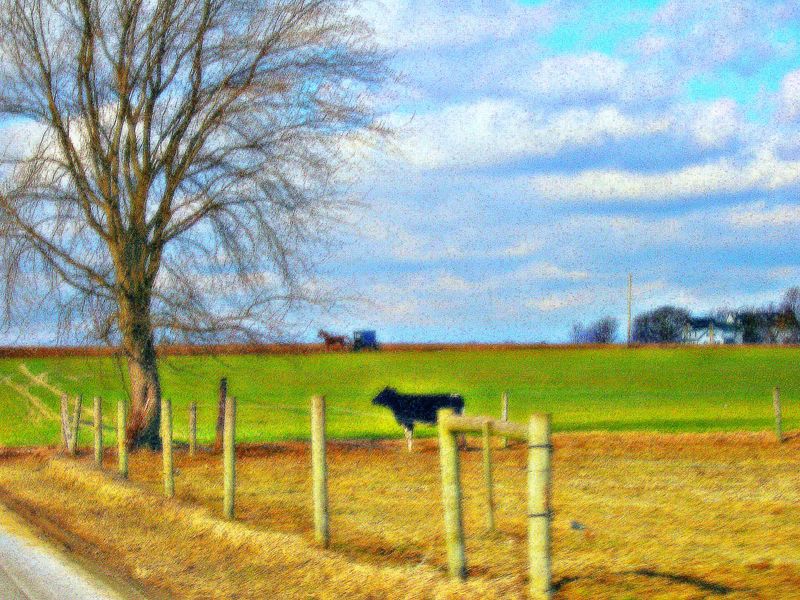 People often wonder about the Amish and photography.  Documentarian and film & media professor Dirk Eitzen has an interesting chapter on filming the Amish in the exceptional Amish and the Media.

Eitzen describes three methods used by those wishing to visually document the Amish:  pushiness, poaching, and focusing on children and young adults.

I suppose if I had to confess, I would qualify as a poacher.  Eitzen states that this is “an approach the Amish prefer, and, at least to some degree, accommodate.”

The above is a photo I ‘poached’ in February of this year in Lancaster County.  The original came out a bit blurry so I decided to try to salvage it somehow.  I’m not sure if I succeeded.  Effects courtesy of picnik.com.

I highly recommend watching the two short excerpts of Eitzen’s film The Amish and Us at the link above.  They are both amusing and revealing.  The film itself, as The Amish and the Media co-editor David Weaver-Zercher describes it, is in fact “more about “us” than it is about the Amish.”