I made it to the auction in Ethridge, Tennessee, several weeks ago – really just the tail end of it. When we arrived at the farm (having driven back up from Mississippi), the final sales were happening, people were loading up their buys onto trucks and horse-drawn transport, and things were generally wrapping up. 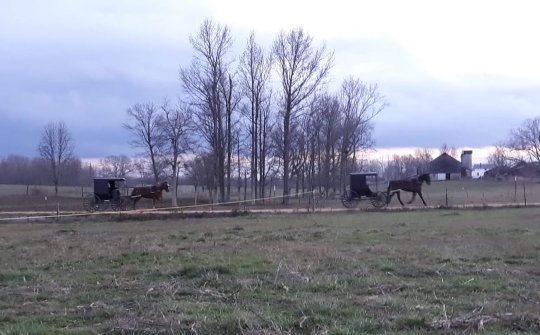 There was still a good bit of activity happening though, and we were able to locate a nice lady selling baked goods (more on her in an upcoming post) who told us a bit about the auction. 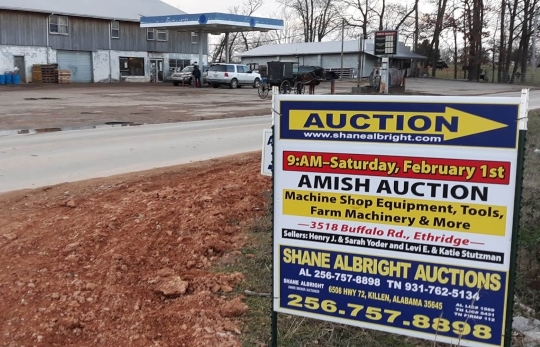 It wasn’t a “moving away” sale as I had thought might be the case (Ethridge has several daughter settlements in TN, KY, NC and MS). The sellers were two different families which by the looks of the layout might have been on adjacent farms. 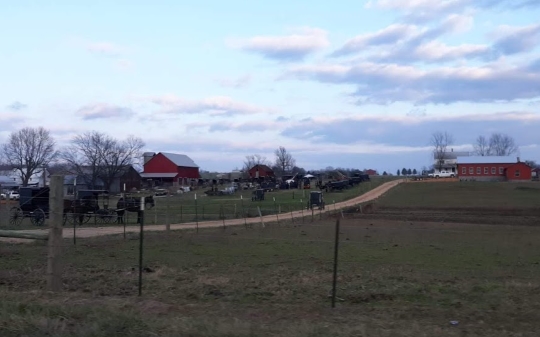 At one point there was so much coordinated activity happening around us – people going this way and that, loading things up, general hustle and bustle – I commented to my brother that it felt like we were on a movie set. 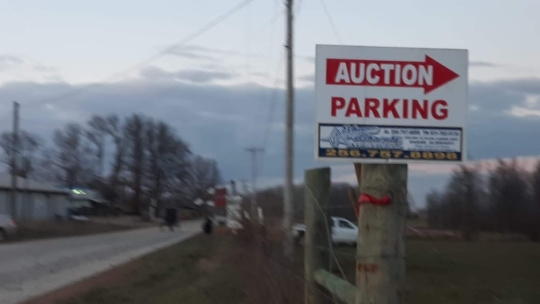 That was a funny sensation to have after regularly spending time around the Amish for 15+ years now. It recalled my late father’s comment who said something similar when he first set foot on a Lancaster County farm whose owners ended up becoming good family friends. 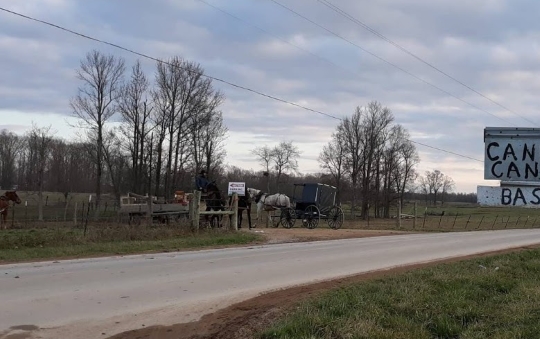 I think that reflected his feeling of being in an “unreal” and somewhat disorienting environment, which I think is something people experience when they first visit the Amish. 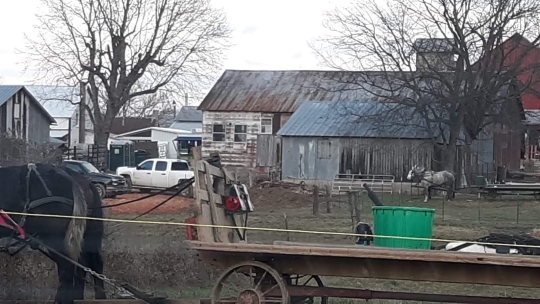 I haven’t spent as much time in Swartzentruber Amish settlements compared to other groups, and this was the first sizeable Swartzentruber-only auction I’d attended (quite a bit larger than the November NC Swartzentruber auction), so it had a different feel from others. 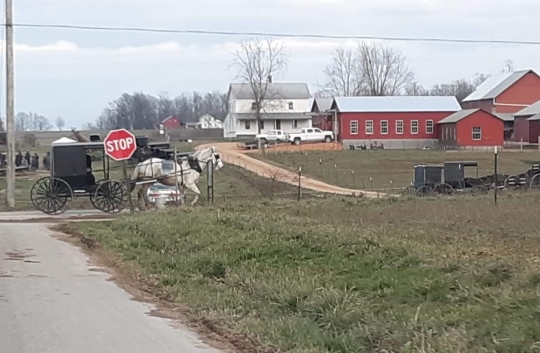 Buggies were leaving from down this lane as we arrived. 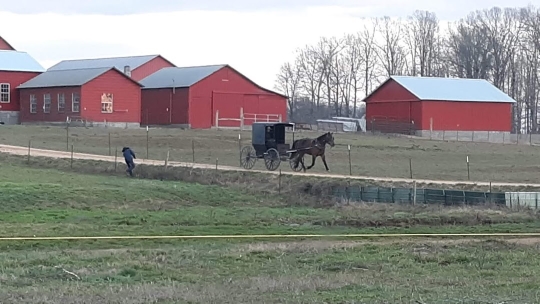 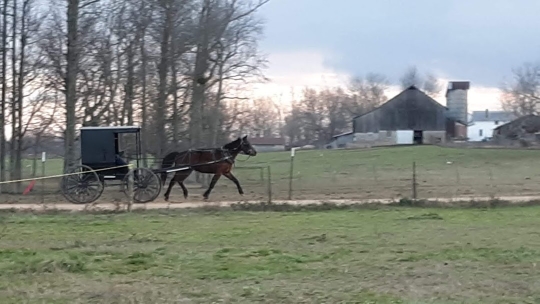 View from the parking area. 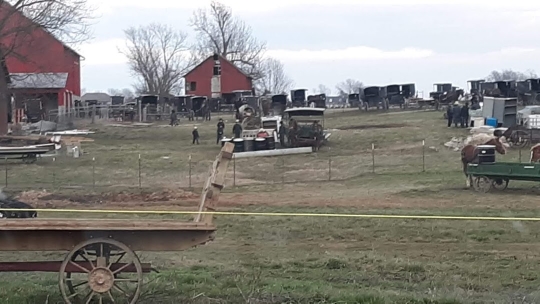 Some of the day’s final sales happening in this photo. 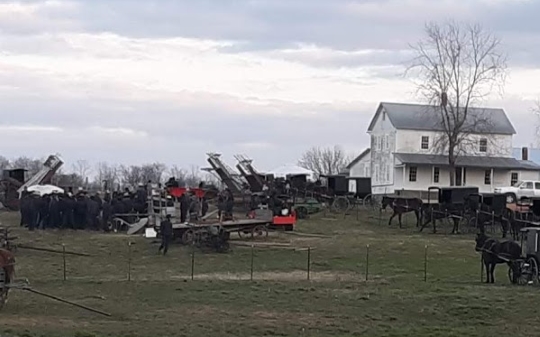 I’m not sure if this is someone hauling something home from the auction, or just a local resident passing by. The area was heavy with Amish farms. 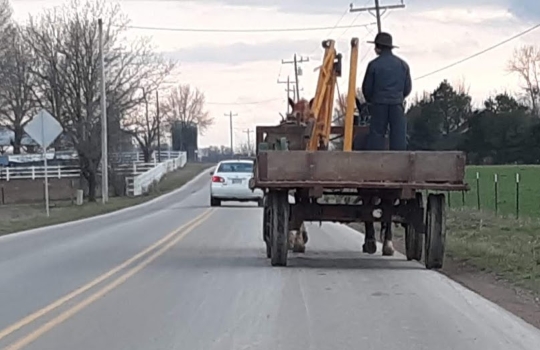 The place empties out. The following two photos were taken, I’d estimate, about 30 minutes apart. 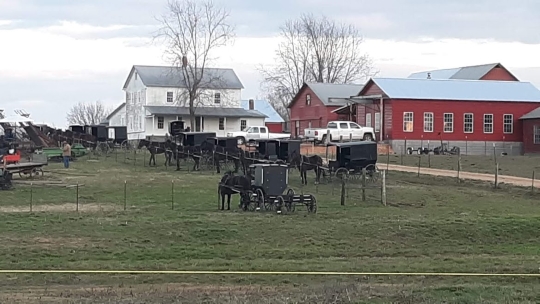 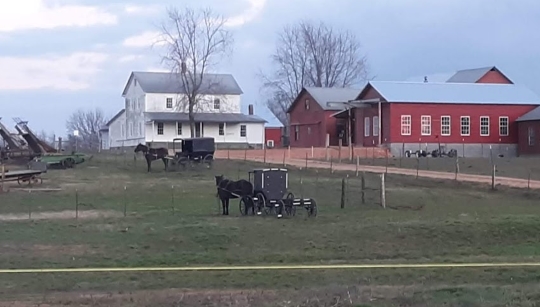 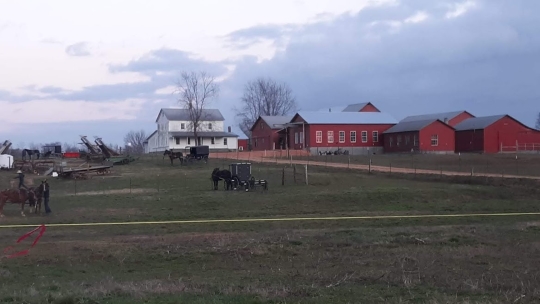 A buggy pulls out as the sun glows from under a heavy cloud bank. 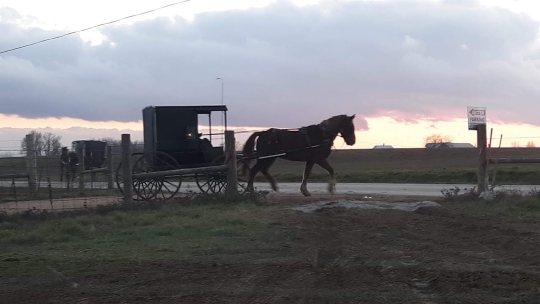 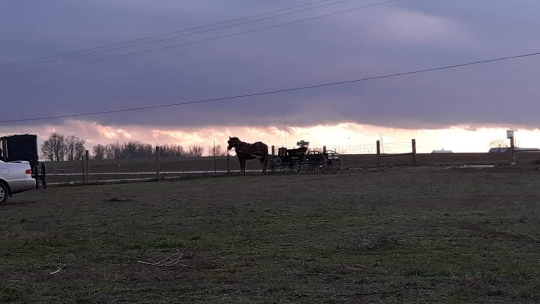 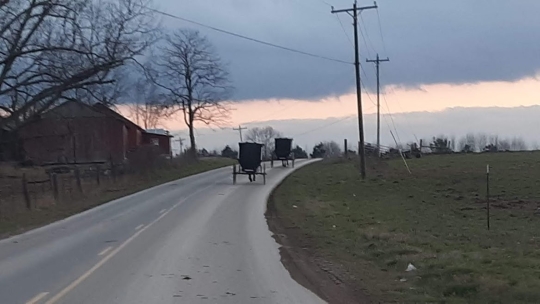 Although I didn’t spend too long here, I was glad to be able to get back in time after my stop two days earlier for at least some of the event. Hat tip to Martha for making me aware of it.