How do roles and expectations of women differ in Amish and non-Amish society? Serving the Amish author Jim Cates explores the question of gender roles in this first of a three-part look at the Amish and women’s issues.

When Aretha Franklin crooned “You make me feel like a natural woman” she was thanking the man who fulfilled her, and not a way of life. Still, for those Amish women who embrace their role as a female in the community, the sentiment may fall close to the mark.

“Gender roles” in the larger culture are a paradox. On the one hand, we are approaching a “don’t ask, don’t tell” attitude. The idea that women share equality with men is a hard fought battle. Therefore, any statement that presumes women are different from men runs the risk of igniting a confrontation.

And yet in many of our chauvinistic hearts, men still say “Vive la diffėrence.” 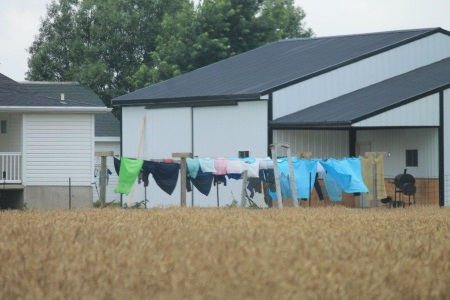 Obviously, none of this suggests that women should be paid less for completing the same work as men, or face discrimination in employment because of their gender. Nevertheless, our effort to overlook gender uniqueness sometimes places a strain on our logic that defies – well, logic.

And let me insert a disclaimer before I go farther. I was born male, have lived my life male, and have every intention of dying that way. That irretrievably skews my perception of women’s issues. If I did not recognize this fact myself, my wife would help me, sometimes gently, sometimes with vigor. I welcome any and all comments, and do not hold myself out as an “expert” in the field of women’s studies.

That said, we know that the Amish are not immune to change. Rather, they carefully weigh the benefits and risks of any modification, may allow experimentation, and eventually rule on the advisability of modifying the Ordnung. As gender roles, and the very concept of gender within marriage, morphs in the 21st century, how do the Amish respond?

Consider the social forces that drive the current wave of feminism in this country. Their origins are too complex to consider in detail here, but a focal point was World War II. “Rosie the Riveter” was more than a caricature. She was the embodiment of women who entered the workforce, filling the roles of men who emptied out industry to fight.

Not only did they enter the workforce. They performed admirably. When the war ended and the soldiers returned home, many of these women gave up their jobs, but not the awareness that they could work alongside men. The genie was loosed from the bottle.

The 1950s may not have seemed a time in which the gender equality rebellion fomented, but a baby boomer daughter sat at her mother’s knee and learned that there was more to life than baking pies and raising children. By the 1960s the backlash was in full swing, and has not stopped to this day. Women’s equality found a new zest for life, and has held on tenaciously since, as women enter the higher echelons of education and the workforce at an ever-increasing rate. 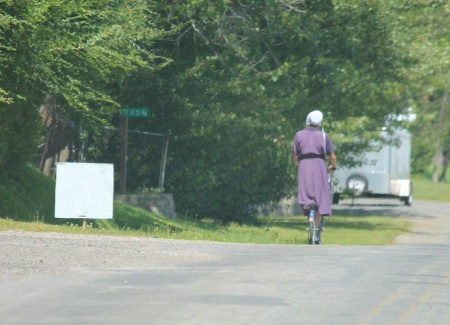 The role of women changed because society changed. War (among many other factors) necessitated it, and the culture slowly, clunkily, is making the adjustment across the years. Amish women, in contrast, shared a pacifist approach to the war with their fathers, brothers, and husbands. The wave of egalitarianism that was sweeping the country did not wash over them, simply because they were not in its path. As a result, their gender roles remain much more fixed in a tradition that is now out of step with the larger culture.

And how do we respond to this separation of gender expectations? We are, after all, acculturated to believe that the “traditional” role for women is in some way “less than” the traditional role accorded to men. We are surrounded by reminders that this is the case, in the books we read, the advertisements that bombard us, and most certainly in the television shows and movies we watch. Before we consider how the Amish handle their acculturation then, how do we handle our perception of their acculturation?

Consider a parallel issue for a moment. Any Old Order settlement will forbid the operation of motorized vehicles for transportation. That is an essential component of the Ordnung.

Many of us understand that by limiting the use of motor vehicles, and requiring that such transportation for longer distances be rented, settlements encourage cohesion and limited interaction with the world. Many of us have also, at one time or another, finagled a ride in a buggy (not just a “tourist” buggy – a “real” ride) to say we have had the experience. We harbor no ill will because they choose to drive buggies rather than cars. 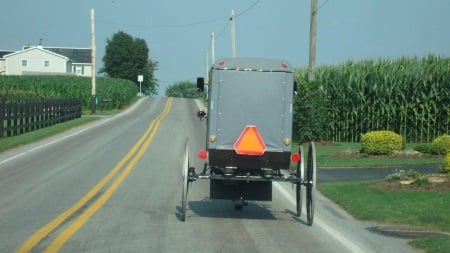 The use of buggies does not strike us as a personal issue (perhaps a car dealer will respond differently!). When we see an Amish woman engaged in hanging wash or caring for children, we think of ourselves, or if we are male, our wives, sisters, or daughters.

There is an emotional connotation to the experience that the buggy lacks. And yet both are expressions of the culture, and the effort to distance themselves from the world, living as they believe Christ has called them to live. When beliefs that fail to strike that spark run counter to ours, we give them little thought.

However, when our emotions are jogged, we find ourselves restless and confused. In the next blog, I consider some of the reasons that a more traditional role for women works well in Amish culture, despite our potential reservations.

Jim is the author of Serving the Amish: A Cultural Guide for Professionals. He can be contacted through this blog or his website at servingtheamish.net.