What happens at an Amish funeral? In today’s post, Rebecca Miller shares an account of a funeral which took place in her community. 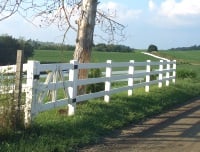 Rebecca is a member of an Old Order Amish church in Holmes County, Ohio. She is a schoolteacher, and also works at the Amish and Mennonite Heritage Center (Berlin, OH).

Over the past couple of months, Rebecca has kindly offered her knowledge of her community in the comments of a number of posts here.

I’m happy to share this as her first full-length post, and hopefully we’ll hear more from her, schedule permitting of course.

If you’ve ever wondered about the details surrounding an Amish funeral, I think you’ll appreciate Rebecca’s account.

She describes how neighbors and church come together to help prepare for the viewing and service, as well as ease the burden by handling chores and being with the family.

Rebecca notes that all names have been changed in the account below. Also, she uses the terms “Grandpa”, “Grandma”, “Dad”, and “Mom” for convenience, but the family described here is not related to her.

That Monday morning started like any other for the Rabers. The older children were off to their jobs. Martha had started the laundry while Mom worked in the kitchen. Dad and Aden had field work to take care of. Grandpa was doing the laundry for Grandma and himself, as she wasn’t able to anymore.

Around 10 o’clock, five-year-old Dwayne came running in: “Mom, Mom, Grandpa is lying out by the motor!” Mom quickly dispatched Dwayne to the field for Dad, and Martha to the phone to call 911. Apparently Grandpa had collapsed while changing oil in his washing machine motor. Mom felt for his pulse which was very faint. Dad Raber and Aden came running, and Dad started CPR. The ambulance arrived and a few neighbors soon after. Grandpa was taken to the nearest hospital, but life had fled.

A neighbor who had come soon after the ambulance offered to leave messages for the family and church people. Another neighbor got a driver and went to let the closest family know. 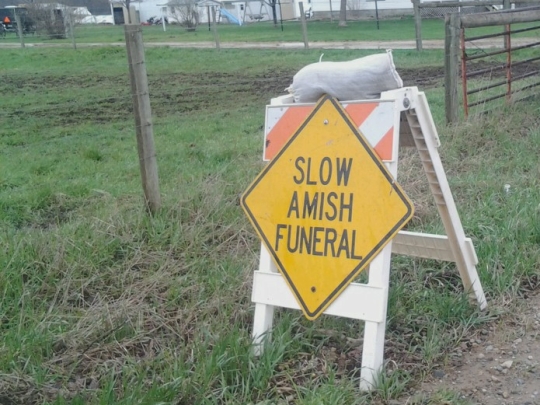 By noon, neighbors and church people had started coming by. The nearby farmers came with their teams and hauled all the manure out of the barn. Other men cleaned out the shop where services would be held. Meanwhile, the women and girls cleaned both houses, the shop, weeded the garden, and mowed the yard.

By 4 o’clock Grandma and Mr. and Mrs. Raber had returned and other family members had arrived. Final plans were made to have the funeral on Friday, as there was a wedding on Thursday which would somewhat interfere. The viewing would start Wednesday afternoon.

The church ladies’ food committee planned all the meals for Tuesday, Wednesday, and Thursday and wrote out lists of what was needed for the funeral on Friday. Messages were dispatched to neighboring church ladies, who would bring the fruit, potato salad, and cupcakes.

The next morning one of the ladies called in the food order to a local grocery store for paper products and the ingredients for noodles and sandwiches. Men came to help with chores and older ladies and family members to be with the widow. Bench wagons were hauled in from neighboring churches and benches were unloaded and set up. An awning was added onto the shop for more seating space, a cooler trailer was brought in, and a tent was put up.

On Wednesday morning cables were erected between tractors for horse and buggy parking and everything was ready for the viewing which would start that afternoon. The pall bearers dug the grave and erected a tent at the graveyard. By noon the children, grandchildren, brothers, sisters, cousins, friends and neighbors had started gathering. A couple hundred people came through that first evening, with some more coming by the next day.

Thursday evening food started arriving. After the viewing the benches were re-set, houses and shop were swept. And everything was ready for Friday morning. 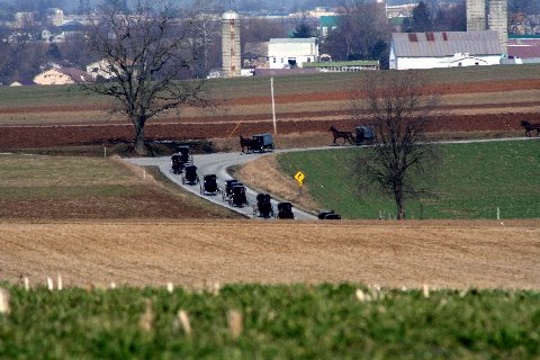 By 6:30 the next morning, people had started gathering. The men and boys finished up barn chores and directed traffic, unhitched horses, and parked buggies. The women and girls fixed 600 sandwiches, put cupcakes on trays, cooked the noodles, wrapped the plasticware in napkins, fixed cheese plates, and made coffee.

As family and friends gather they are seated by our Amish funeral director. After most of the closest family is there, there is a silent prayer and they file through to view their beloved father, grandfather, and great-grandfather. More people gather and are seated–some will go to the neighbor’s shop which has also been prepared for services.

Lastly, the helpers file in and sit down. The services begin, and last about two-and-a-half hours. The bishop has the last part which includes prayer and reading the obituary. Then there is one final viewing starting with the helpers and ending with the closest family, with others leaving the shop to give them space and privacy for grieving.

Several boys are sent to get the family members’ horses ready. Next the pallbearers load the coffin onto the funeral director’s hearse/buggy. As soon as the family has left the shop for the graveyard, the men and boys set the benches up as tables and the ladies get the cafeteria lines ready. The girls spread out tablecloths, and water glasses are set on the tables and filled. Boys carry out the big canners of noodles and coffee, and waterjugs.

Meanwhile at the grave they have a short service. The bishop talks for a bit, recites a song, and a prayer. The men start singing a slow hymn as the pall bearers start covering the coffin. By the time they return the tables are ready for them. The food tables have been replenished. 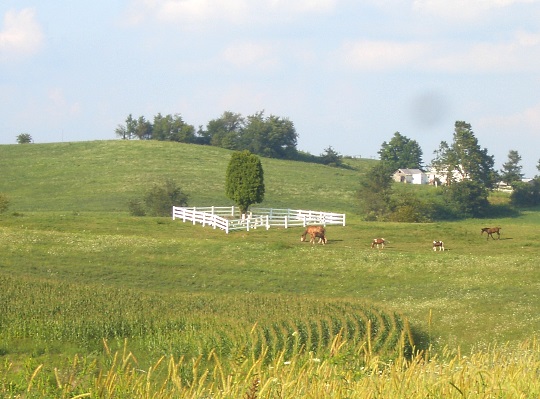 By 3 o’clock that afternoon the tables, benches, songbooks, trays, and coffee butlers will all have been put back into the benchwagons and hauled to where churches will be held next. The barn, shop, houses will have been cleaned, food taken care of, the awning and tent taken down. Everyone will be headed home except the closest family and a few neighbor ladies who will set out leftovers for them for supper.

And so life goes on, with sorrow as is understandable. But also with acceptance, a quiet joy, and a living hope and faith that Grandpa is in a better place, spending eternity with the one he served all his life. He left a great example for all to follow. “We mourn not as those who have no hope.”